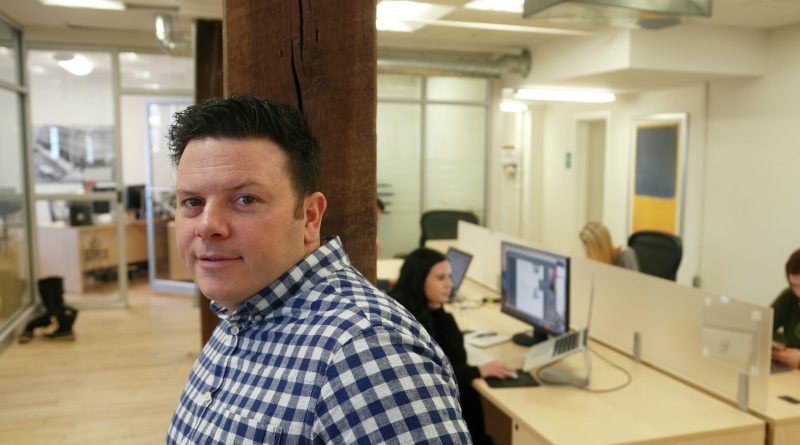 A Canadian Forces ­veteran takes on the ­challenges of entrepreneurship

A HANDFUL OF years ago, running a digital marketing services firm wasn’t even close to being on Corey Shelson’s mind. But as a Canadian Forces veteran with combat experience, there is one thing he knew well: every mission requires a contingency plan.

Shelson joined the reserves when he was in high school, attended Royal Military College and worked as a combat engineer—his entire adult life, up to 2011, was as a career soldier. Then he had surgery for a knee injury he sustained during his tour in Afghanistan, and the recovery time gave him an opportunity for reflection. He’d been full-time, ­regular force military personnel for almost 10 years. Did he want to spend the next 10 years doing this?

Shelson was a troop commander with the 23 Field Squadron during his eight-month tour in Afghanistan in 2010. “It was a busy tour, and tough. We were there during fighting season, in the thick of it, and we had three fatalities and several injuries,” Shelson recalls.

“It was a busy tour, and tough. We were there during fighting season, in the thick of it, and we had three fatalities and
several injuries” —Corey Shelson

“We came back to Canada in December. As the troop ­commander, my role was to take care of my team as we dealt with the aftermath. In June, I was posted to Toronto for ­surgery. Post-op, I had six weeks—time to do some ­thinking. I had read a Globe and Mail article about David Mack and his transition from military to civilian work, and it ­resonated with me. I found out that Ivey [Business School] was holding an information session in Toronto, so I decided to check it out.”

Shelson says he has always had an entrepreneurial bent, starting as a 12-year-old with a lawn mower and ­progressing to buying and selling goods online and owning ­investment properties while he was serving in the military. Not long after attending the Ivey session, he released from the regular force, joined the reserve force Combat Engineer Regiment in St. Thomas, and headed to London.

“I used the money I earned on tour to pay for my masters’ degree. I was a career soldier who put on a uniform every day, so one of the first things I had to do was buy clothes!”

Shelson says Ivey’s MBA program, in some ways, is not all that different from the military. “You learn in business, like in the military, to recognize the risks and find ways to mitigate them. The structure of the MBA program and support provided by Ivey’s faculty and career management department were critical to my successful transition into the business world.”

Shelson graduated from Ivey in 2013, and then went to work for a start-up tech company in London. “That summer, I got a call from the director of the MBA program,” he says. “His brother’s company in Newmarket was looking for a consulting engineer. I ended up being hired as the engineering manager.”

He and Jocelyn, his then girlfriend/now wife, moved north and rented a log cabin on Lake Simcoe. With her background in nutrition and personal training, Jocelyn decided to open her own business offering pre- and post-natal health and fitness classes, targeting the Barrie market. 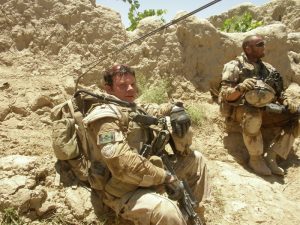 Shelson formalized his new venture as 44 North Digital Marketing, and the business quickly grew organically to become a full-time job. The firm’s name comes from Barrie’s latitude at 44-degrees north.

The couple married in 2015, and after their son was born in 2016, they started looking to buy a house. “With the price of real estate in Barrie, we decided to move back to London,” Shelson explains. “I still knew a lot of people here, and the community has provided a lot of support as we transitioned our businesses here.”

Shelson started working out of Innovation Works on King Street in early 2017, and by the end of the year he had added five full-time staff to his roster. Last month, he acquired his own commercial building on Oxford Street to house the firm.

He says 44 North continues to grow through word-of-mouth referrals and leads generated by its own marketing efforts. And while he still operates a satellite office in Barrie, and visits frequently because there remains a lot of business growth in the region, Shelson says 44 North’s headquarters are now firmly rooted in the Forest City.

Shelson is quick to credit a number of London organizations that have supported the growth of 44 North, including TechAlliance, Western’s Propel program, UnLondon and Fanshawe College. He also has nothing but good things to say about his time in uniform, and he’s still connected to the military community. He is an active member in Toronto’s Treble Victor Group, a network of former military members who have successfully transitioned to civilian careers or business ownership.

“It’s unfortunate that a lot of media is about soldiers who are not doing well,” he says. “There are a lot of folks who are doing well, and it’s important to highlight some of those success stories.”