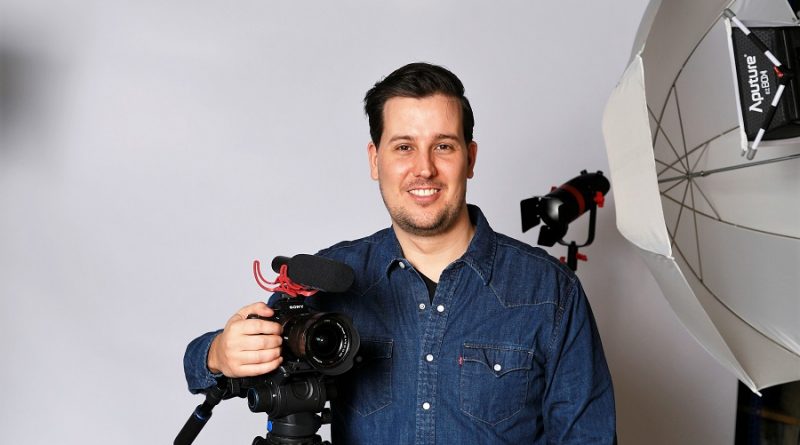 CARSON HAIGHT HAS operated videography company Topper Productions since 2014. He studied film at Fanshawe College and Vancouver Film School, and has worked on various sets as production manager or assistant director. He worked on the film Suicide Squad and the TV series American Gods.

Two years ago, he concentrated fully on Topper, named after the penguin sidekick in the 1970 stop-motion classic Santa Claus is Comin’ to Town. It reminds Haight, 33, of his long-term goal of filming penguins in Antarctica, a sign he has finally “made it.”
His dog, Chewie, hints at his Star Wars geekdom. And he loves seeing movies on the big screen.

More importantly, he and wife Rebecca are expecting their first child in July. “We’ve only told family and a few friends—and kept it off social media. So, this is a fun way to announce it.”

When did your interest in video and film begin?

Since a child, I’ve always been enamoured by it. If I had to choose a beginning it would have to be Blockbuster Video nights with my family growing up. I loved the whole ­experience of going to the video store and finding something I had never seen, then being surprised by how it affected me emotionally. Blockbuster nights with the family are some of my best memories.

How long after that until you decided it was something you could do professionally?

I was in university with the intention of being an accountant. Like most people, I thought filmmaker was an unrealistic goal. This was before the digital revolution really hit the film industry, so creating quality videos was a lot harder. It was always at the back of my mind though. I grew up with cameras in my hands. So, it was an unshakeable urge.

Do you have more wedding gigs or corporate gigs?

I split my time fairly equally between the two. Both can be very time consuming and rewarding, but in different ways.

Do you have a FOMO regarding technology? What tech have you incorporated and what have you rejected?

Oh, god yes. You can’t be a camera enthusiast without always wanting the next best thing. New lenses, new cameras, new lights—the list is never-ending. Technology is changing so fast and becoming so much more accessible that it creates a constant feeling of keeping up with the Joneses. Lights and lenses are always good investments—they definitely will pay dividends over their lifetime.

What parts of your job do people not understand?

Smartphones, although great quality, are only a small part of the equation. You could definitely make a very good video using an iPhone, but have you ever tried watching a movie with bad audio? Horrible lighting? Scripted horribly? Producing videos is a lot more than just pointing a camera at something. People also ­underestimate how long it takes to go through the entire production cycle. There’s a lot of time spent in pre-production planning, organizing and scripting, and many hours after that editing and bringing the story to life. 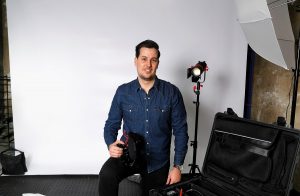 When you studied film in Vancouver, did you dream of making films? Do you still?

I studied at Vancouver Film School and during that time I created several short films. Soon after, I started working in ­television, eventually making my way into feature films. So, I have plenty of experience creating other people’s projects. It’s part of the reason why I’m back in London—the opportunity to create my own content again. I strongly believe that London has a lot of great talent and plenty of opportunities.

What’s the job market like for a videographer, particularly, as you said, when many people with a phone think they are ­cinematographers?

You’d be surprised. People already know the importance of social media for marketing, but what they don’t realize is that engagement and click-through rates for video are a lot higher than any other platform. It can also dramatically increase your SEO ranking. It’s a growing field. Although very demanding, it can also be very rewarding.

My average workday is responding to emails and editing videos. As an entrepreneur, it’s always a balancing act and I have to make time to work on my business and not just in it. However, there’s rarely a week that goes by when I don’t spend a good amount of time with a camera in my hand or a drone in the air. It’s definitely a good balance between work and play for someone like me.

Capturing great stories. Sometimes that’s done in the editing room. Other times when you sit down with incredibly interesting people and they can open up in ways that are truly inspiring. Other times it’s filming a couple on the greatest day of their life. We live in a time where we can show our grandchildren what mom and dad said about us on your wedding day. These memories will live forever on the internet as well. I feel very fortunate that I get to use my passion for filmmaking to help companies grow their business and help couples remember the little things after their big day.

There are the highs and lows of any industry. Being a local small business and entrepreneur can have its challenges. Yet I’m lucky enough to live by the idiom: Do what you love, you’ll never work a day in your life.