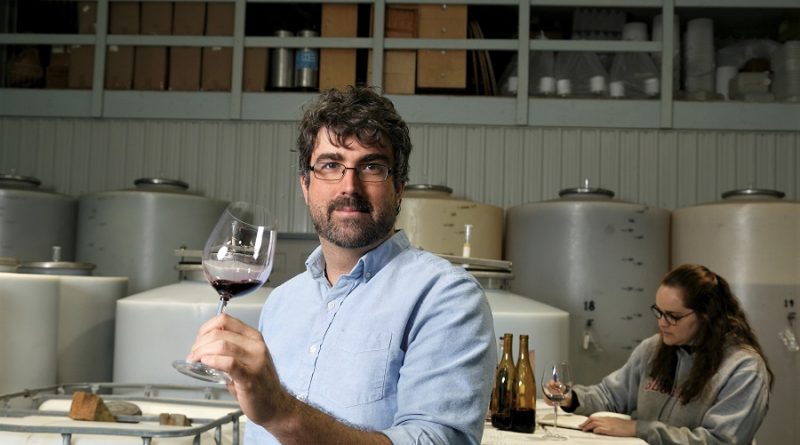 With 160 years of cumulative experience, three long-standing businesses continue to deliver growth and vitality to the Railway City

ST. THOMAS HAS always been a city for entrepreneurs, attracting a wide range of business types and industries, and developing a climate of economic range and diversity. In fact, in recent years the Railway City has welcomed a growing number of small- and medium-sized businesses that are helping to shape and define the city’s business landscape for the modern economy.

But the city is also home to a roster of SMEs that have called the city home for quite some time — stalwarts of the city’s business community that have continually changed, adapted and progressed to remain at the forefront of their industries.

Prepared with the guidance of the St. Thomas & District Chamber of Commerce, what follows is a look at three St. Thomas companies that are celebrating important milestones, each with its own unique recipe for achievement and accomplishment.

Rooted in vineyards planted by Redi and Roberto Quai in 1970, Quai Du Vin Estate Winery is Elgin’s oldest estate winery and is still owned and operated by members of the Quai family — winemaker Jamie Quai and his sister, Lena Furlong. Typically, Quai looks after the vineyards and production, Furlong the retail store and administration end of things, and everyone pitches in for events that range from weddings and winemaker’s dinners to outdoor concerts in the field.

The winery has always sold directly to the public from its year-round onsite retail store, and some of its wines can also be found in the LCBO, restaurants and banquet halls. But mainly, says Quai, it’s a direct-to-consumer business.

“This is a comprehensive industry with vertical integration. We grow and harvest the grapes, turn them into wine, and when we sell it in our store it has travelled less than 500 feet from the vineyard to final consumer.”

Quai Du Vin sits on 23 acres of cultivated vineyards. It sold its first wine in 1970 and its millionth bottle in 2002. The winery currently produces between 3,000 and 4,500 cases of wine annually, says Quai, adding the product mix is “about 50-50 reds and whites, some sparkling and intermittently I’ll make ice wine or experiment with one-offs. In 2015 we had a double-fermented red wine that was incredibly popular, and we made that again in 2019 because the grapes were ideal for it, but mainly we aim for consistency in style and we don’t chase fads.”

For the past 24 years, Quai Du Vin has attracted thousands of people to the winery with an outdoor summer concert series, held monthly in June, July and August.

“It’s getting tough to keep doing them,” Quai says, explaining there is a wedding at the winery pretty much every Saturday and it’s a lot of work to set up for the concert on the Sunday. There had been some talk about discontinuing the popular shows, but they are going ahead this year with attendance capped at 900 tickets. Other months the winery might host limited-seating winemaker’s dinners in the barrel room — a three-hour multi-course wine and food pairing experience hosted by Quai and chef James Meadows.

“Climate change is real, and we are working behind the scenes to make our vineyards environmentally and economically viable,” says Quai. “There are practical challenges to deal with, like weed control, and we figure we have about 10 years to make those changes,” he says.

Think snail mail is dead? Think again. Cory Stuart has seen firsthand the resurgence in companies using direct-mail marketing to get their messages to targeted consumers.

Direct-mail marketing has been a significant contributor to Impressions Printing’s growth over the past decade and has helped shape the direction of the company. But just as significant over that 10-year period was the firm’s decision to invest heavily in new equipment and digital capabilities and move its operations and 65 employees into one centralized facility on Edward Street.

With a full in-house bindery, offset and digital printing capabilities and a complete menu of associated services like pre-press processing and mailing functions, Impressions Printing has become a one-stop shop for a growing number of clients from right across Southwestern Ontario.

“We used to rent two warehouses,” explains Stuart. “Now, we have all of our operations and employees in one location — 30,000 square feet under one roof.”

With the addition of a wide-format printer and the ability to print vehicle wraps and signs or banners on multiple substrates, Stuart says Impressions has been able to deliver both time and money savings to its client roster. “We were able to reduce the number of suppliers that our customers have to deal with, plus they are assured of the consistency of brand identity across all print and marketing materials.”

Impressions Printing is the only Canada Post Smartmail Marketing partner in St. Thomas, but its mail-out services reach far beyond the local geographic market. For example, London-based Stihl Canada, a national distributor of Stihl brand chainsaws and other handheld power equipment, uses Impressions Printing to produce direct-mail flyers and other marketing materials for 1,400 dealerships across Canada. 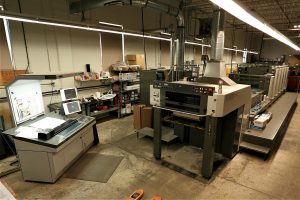 “We mail out [Stihl product] magazines twice a year — three million of the holiday edition and two million for Father’s Day,” says Stuart. With Canada Post’s precision targeting, he adds, clients can select specific demographics and other factors to build a custom mailing list. “Window and door companies, for example, might want to weed out addresses of new builds and focus on houses built 15 to 20 years ago.”

As Impressions Printing hits its milestone 50-year anniversary this year, Stuart and his business partner, Darryl Turley, are looking at future expansion and the addition of more equipment — this time focused on printing cartons and packing boxes. “We are actively trying to grow, but it will be intelligent growth. We are also growing organically with our clients as their businesses grow.”

Pumps. They’re not particularly sexy, not always visible, and so long as they are working, most folks don’t give them much thought.

But as Robert Furneaux points out, pumps are the second most common industrial product in the world, behind electric motors, and since 1960, Gorman-Rupp Pumps Canada has manufactured and distributed pumps to businesses of all kinds across the country.

A wholly owned division of the Ohio-based Gorman-Rupp Company, GRC was its first facility to be built outside of the U.S. and remains its largest pump division, with a mandate to serve the Canadian market. “[It is] our statement of pride: Built by Canadians, for Canadians,” says Furneaux, the company’s managing director. “We are one of the longest running and largest pump producer in the country.”

Over the past six decades, Gorman-Rupp has developed over 3,000 models and variations of pumps, ranging in size from very small dispensing pumps to multi-million-dollar municipal infrastructure pumps. End users range from agriculture, manufacturing, oil and gas, aquaculture, food-and-beverage and construction industries to military, government and municipalities.

“We do not produce a pump-in-a-box per se,” explains Furneaux. “We assemble products given each customer’s unique application — the properties of the liquid to be moved and variables such as flow rates, intake and discharge pressures, distances travelled both horizontally and vertically, frictions loss, atmospheric pressure specific gravity and viscosity. GRC pumps are, in essence, precision-assembled and comply with stringent standards.”

And those standards are increasingly rigorous due ­environmental and safety concerns. “There is a shifting regulatory environment, despite the industry as a whole having an impeccable record of safety and responsibility,” says Furneaux.

With recent renovations to its 63,000-square-foot ­facility, which employs approximately 40 workers in production, administration and the firm’s Pump Training Centre, Furneaux says GRC is firmly rooted in St. Thomas. And with a program that allows employees to purchase shares at a discount based on tenure, he adds, “The majority of Gorman-Rupp’s workforce are also shareholders in the company. We refer to them as associates, and they are the foundation of everything we do.” 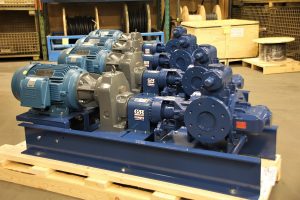 The company does not sell directly to the public, but rather uses a network of Canadian sales and service distribution partners, some of whom had working relationships with Gorman-Rupp before the Canadian location opened.

Looking to the future, Furneaux says advances in technology are having as much of an impact on the pump business as any other, pointing to developments in the use of 3D printing for prototyping and parts fabrication, composites to replace traditional cast iron and other materials, and remote ­sensing and monitoring to track lifecycle of ­components and overall system performance.

“We are also going to see pump applications within ­disruptive industries, for example cooling pumps for ­electric vehicles, greater product efficiencies and more incorporation and leveraging of artificial intelligence.”