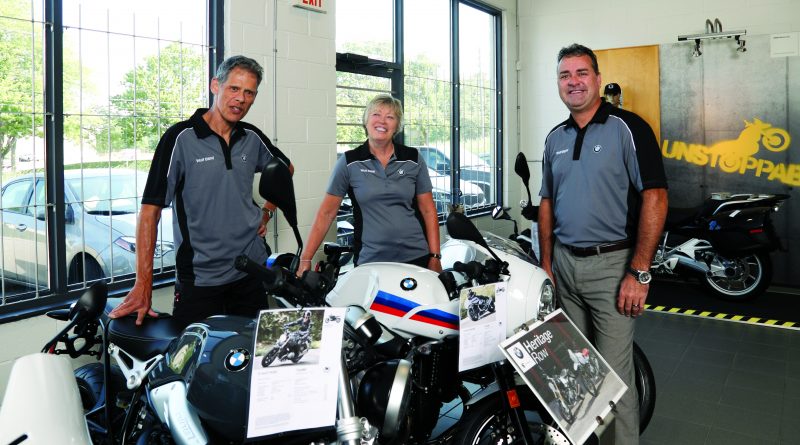 A seasoned entrepreneur leans into a new niche

WHEN MARK MINNIE was considering the purchase of Wolf BMW, his plan relied on a well-known phrase, slightly tweaked: If I buy it, will they still come?

So far so good on that front, three months after he bought the business from its founders, Ian McQueen and his wife, Chris. They stuck around this summer to ease the transition, but starting this month they’re off on their retirement adventure, ­leaving Minnie to operate the business with its long-time staff of six, plus an ­addition or two.

Wolf BMW is an institution, not just in London and Southwestern Ontario, but across the province and beyond. Its loyal customers plan road trips to service their bikes and drool over new models.

There’s been a lot of drooling in recent years as BMW has dramatically expanded its lineup of motorcycles, introducing an entry-level G310R product at around $5,200 and blowing off the doors on the high-end with the HP4 Race bike at $95,000. There are 21 models, up from five a decade ago. Most are priced between $10,000 and $25,000.

Minnie, 47, not only acquired the business, he also purchased a Heritage Scrambler for himself, rekindling a love of riding developed at an early age. The former OPP constable has owned a string of successful businesses, including plastics distributor Tomar Products, Tru Restaurant, Harring Doors and Shuttleworth Exhaust Systems.

“I love talking to people. It’s really fun to be here and see the passion people have about their bikes” — Mark Minnie

In addition to Wolf, he owns Pier 10 Marina in Port Franks, where he is building 21 condos. He’s also building 10 homes near his own home in Poplar Hills.

Wolf is unlike many of his earlier businesses. Small and niche-oriented, it is the kind of people business he enjoys. “I love talking to people,” he says. “It’s really fun to be here and see the passion people have about their bikes.”

Wolf began in 1991 in Ailsa Craig. It’s been at its current Oxford Street East location since 2004, right beside another well-known family ­enterprise, Keyline Industrial.

At 4,800 square feet, it’s a little tight, and Minnie is exploring ways of expanding. “We can’t show all the new bikes and accessories in here. It’s just too small.”

Half the space is given over to the service bay, which looks more like a tinkerer’s garage than the equivalent service area at a car dealership. But that reflects the personal service customers have come to expect from the three master technicians who do nothing but service BMW bikes.

“They are passionate about the brand,” Minnie says, admiringly. “They can build their own motorcycles. They really know their stuff.”

Minnie has expanded the sales staff and will continue looking to expand the physical space. He has also reworked what was a tired website.

“I will be here in the store,” he says. “I like being here, and any changes we make will be to offer more to our customers.”