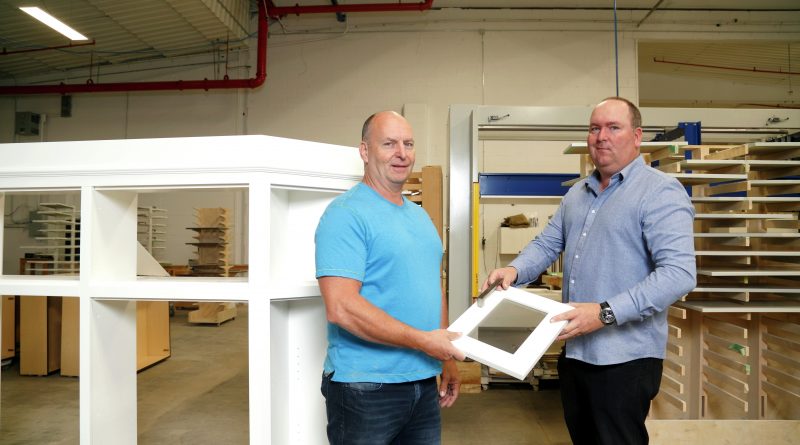 With its sights set on the U.S. market, a custom cabinet ­manufacturer invests in legroom and technology

THERE’S FUTURE-PROOFING AND then there’s future-proofing.

In July, 12 years after it began ­operations, Woody’s Premium Cabinetry ­moved to a new Strathroy home nearly 10 times as large as its previous Strathroy home. How big is it?

It’s so big, Woody’s is only using about 40,000 square feet of the overall 105,000-square-foot footprint. It will lease the other space until it grows enough to need it.

Having oodles of space is a significant change for the 30 or so employees whose job used to include stacking and unstacking projects and ­supplies because their workspace was so cramped.

“We were over capacity for the last five years and couldn’t find a suitable building,” says CEO Shawn Fentie. “We needed the space. Stacking projects and supplies isn’t good.”

“We’ve always prided ourselves on being able to do whatever a builder or designer asks. With the new technology, we can do even more. The bottleneck used to be the finishing line, but we’ve addressed that” —Dan Fentie

He owns the business with his brother, Dan, and their sister Tammy Underhill. Shawn handles marketing; Dan and Tammy look after production and financing.

They named the company after their great ­grandfather, Woodrow Fentie. A vintage tractor in the building belonged to their grandfather, but that’s the only piece of equipment remotely outdated.

In addition to buying the building for an undisclosed price—it was listed for $900,000 at one point while vacant—they invested $25 million in equipment. They stripped down the vacant facility and installed radiant heat and LED lighting. Among the new pieces of ­equipment is a robotic spray paint line and drying oven. It came from Europe and is the best available.

There’s better, more efficient CNC technology and something as simple as robotic arm that lifts slabs of wood onto a workbench–something they used to do by hand.

Woody’s builds high-end custom cabinets and sells primarily to builders of homes priced somewhere north of $800,000 in Southwestern Ontario. It supplies about 70 per cent of the high-end London market.

“Locally, we build and install, but our U.S. model will be different. We will sell to kitchen dealers and high-end builders. They will look after the installation” —Shawn Fentie

“We’ve always prided ourselves on being able to do whatever a builder or designer asks,” Dan says. “With the new technology, we can do even more. The bottleneck used to be the finishing line, but we’ve addressed that.”

The partners expect to triple their workforce in the next five years as they expand into the U.S. market. “Locally, we build and install, but our U.S. model will be different,” Shawn says. “We will sell to kitchen dealers and high-end builders. They will look after the installation.”

Now that the company has settled into its new facility, it will renovate its six-year-old design centre on Fanshawe Park Road. The 3,000-square-foot showroom gives home buyers a sense of what’s possible as they work with builders on their new abodes.