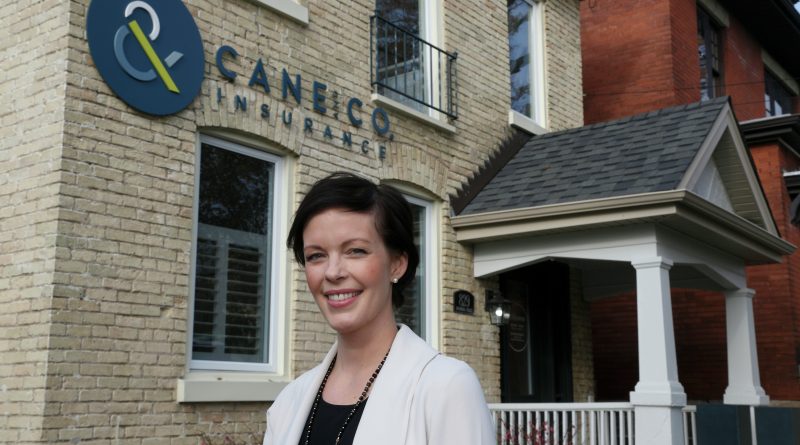 COMING FROM A family where her father, grandfather and great-grandfather all ran insurance agencies, it’s not a huge surprise that Jenna Cane opened an insurance brokerage ­herself, becoming the fourth ­generation in the business. What may be a little surprising is that her first entrepreneurial venture was not, in fact, insurance.

“I grew up in and around the ­business—I worked in my dad’s State Farm office during the summers—and it would have been easy to follow in his footsteps,” says Cane. Instead, she decided to follow a different path and pursued a career in real estate. It wasn’t too much of a stretch, she says, because “both are very much about people and service.”

It was only after she and her ­husband, Richard, started their ­family that Cane started to rethink her career path.

“With both of us in real estate, we had to make some decisions. I went back to work six months after my son was born, but after my daughter was born it was time to make a change.”

Rather than follow the family State Farm tradition, however, Cane decided she would rather operate a brokerage, which would give her the ability to provide clients with a range of options. In March of this year, she opened the doors to Cane and Co. Insurance.

“As an independent brokerage, we work with a number of insurance companies,” she explains. “It can make sense to bundle everything—home, auto, life, business—under one umbrella to get multiple policy ­discounts, but we can look at it every year and do the shopping around to make sure it still makes sense.”

“I wanted to create an environment and culture exactly as I wanted it to be, where people will enjoy working. This is such a perfect spot—it doesn’t look like an insurance office” —Jenna Cane

While Cane wanted the autonomy to run a boutique brokerage that ­provides personalized service, she says that on her own she would not have been able to access large insurers to underwrite policies. So she opted for a “strength-in-numbers” approach, becoming a member of the Prolink Broker Network, which represents more than 60 independent Canadian insurance brokers and provides members with elements such as access to top insurers, marketing tools, bridge financing, systems and organizational support and regulatory expertise. “It’s a great model, and one that has really gained momentum,” she says. 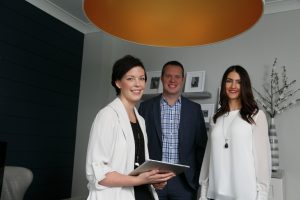 Cane established the business in a renovated century home on Richmond Street in Old North, initially leasing and then buying the property in June. “I wanted to create an environment and culture exactly as I wanted it to be, where people will enjoy working. This is such a perfect spot—it doesn’t look like an insurance office,” she says. “Nobody likes to talk about insurance, so it’s important to me to have a space that clients enjoy coming to.”

Although many of the interpersonal skills she acquired in her real estate career transferred seamlessly to the insurance business, Cane says switching gears to a new industry, and the role of business owner, presented a handful of challenges. There were exams to write, staff to hire and an office to set up. “One of the biggest challenges was that there was so much to learn,” she says. “Things have changed. My dad said, ‘Just get through the first six months’, and he was right. We opened in March, and by the fall we felt like we’d got our feet on the ground.”