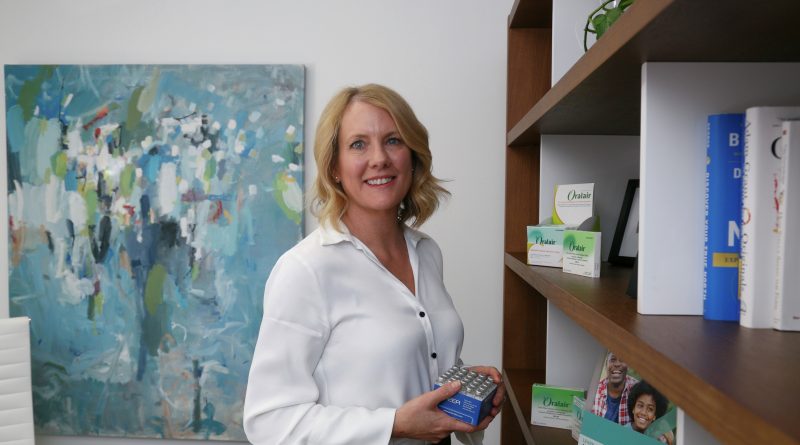 AS SURELY AS April showers lead to May flowers, they also lead to sneezing and wheezing among those with allergies.

Many people make do with over-the-counter medicine and lots of Kleenex. Those with more serious cases may get a series of allergy shots from their doctor. But there’s another ­alternative, at least for people allergic to grass.

Just over three years ago, the European biopharmaceutical company Stallergenes Greer came to Canada and located its head office in London. It is best known for its branded product ORALAIR, an immunotherapy prescribed to treat various symptoms of grass pollen allergies. In other words, it’s a vaccine in pill form.

“The advantage is you don’t have to get a needle, and you can take it at home, not on a regular schedule of visiting the doctor,” says Christina Porter, president and general manager of the company’s Canadian operation. “Our pill is covered by OHIP.”

“They were thinking Mississauga, like so many other pharma companies, but I pitched London. We have a sophisticated medical community, a teaching centre, lots of research being done. We have Trudell here. And it’s less expensive” —Christina Porter

Porter is the reason the Canadian head office is in London and not Toronto, as originally planned. For nearly two decades, she lived in London and commuted to pharma jobs in the GTA, including nine years at EMD Serono in Mississauga.

When Stallergenes Greer approached her to head up the company’s entry into the Canadian market, she suggested London as the location. “They were thinking Mississauga, like so many other pharma companies, but I pitched London. We have a sophisticated medical community, a teaching centre, lots of research being done. We have Trudell here. And it’s less expensive.”

The company agreed and her days of commuting to Mississauga were over. The London office only has four employees; the other 21 employees are salespeople scattered across the country.

The other factor in London’s favour was that the company worked closely with vaccine maker Medic Savoure Ltd., located in Dutton. It makes vaccines administered by needle, along with a variety of diagnostic products. Last year, Stallergenes purchased Medic Savoure to accelerate its expansion in Canada and North America.

It is also working on a second pill immunotherapy, which would be prescribed to treat symptoms of dust mites. “We have submitted to Health Canada and hope to be approved soon,” Porter said. “We’re definitely working to bring more immunotherapies to market.”