London Free Press building to be transformed into entrepreneurship centre

AN ANNOUNCEMENT OF a private/public partnership to transform the London Free Press building at 369 York Street into an entrepreneurship centre supporting, accelerating and housing local entrepreneurs and growing businesses is scheduled for tomorrow, Friday, March 16.

The concept, called Venture London, is a collaboration between TechAlliance, the London Small Business Centre, the London Institute and Farhi Holdings Corporation.

According to a media advisory, when fully renovated the 180,000-square-foot facility will be the largest entrepreneurship centre in Southwestern Ontario and will become a hub for entrepreneurs in London and region, providing a range of support and infrastructure services and amenities for start-up and early stage businesses.

The Venture London announcement, which will include preliminary architectural renderings, is set to take place at 10 a.m. at the Free Press building and will be made by Shmuel Farhi, owner of Farhi Holdings Corporation, Marilyn Sinclair, president and CEO of TechAlliance, Steve Pellarin, executive director of the Small Business Centre, and Amir Farahi, executive director of the London Institute.

EIGHT LONDON-BASED firms have been named to Canada’s Best Managed Companies list for 2018.

Established in 1993, Canada’s Best Managed Companies is one of the country’s leading business awards program, recognizing excellence in Canadian owned and managed companies with revenues over $15 million.

A panel of judges evaluates the applicants in four areas: strategy (a vision and how that vision is communicated and managed); capability (does the company have the ability—the people, processes and systems—to execute); commitment (the engagement and alignment, the culture to execute); and financials, (the numbers that prove the first three are driving results).

Winners are selected in one of four categories: New Winners (companies joining the list for the first time); Returning Winners (returning to the list for their second or third consecutive year); Gold Winners (earning the honour four, five or six years in a row); and Platinum Winners (companies earning the honour seven years or more in a row). The following London-based firms have been named to the 2018 list:

FATIMA KHALID, A web developer with Digital Echidna, has been honoured with the 2018 Rising Star award from the Women in Communications and Technology (WCT), a national association committed to advancing women in Canadian communications, media and technology.

A component of the WCT’s annual Leadership Excellence Awards, the Rising Star award is presented annually to a young person in Canada whose talent and leadership abilities are evident early in their career.

“This is an unexpected, but greatly appreciated, honour,” Khalid says. “It wasn’t all that long ago that I moved to Canada from New York and joined the Echidna team. They’ve supported me in my efforts to take on leadership roles in the community in regards to technology leadership, diversity advocacy, volunteering and civic technology.”

An active member of the Drupal open-source framework community, Khalid sits on the leadership team of the Drupal Diversity and Inclusion Working Group, and has twice has been a recipient of a DrupalCon scholarship (2017, 2018). She has also been interviewed multiple times by the CBC, both in regards to diversity in the workplace and the role of women in technology.

“Digital Echidna has given me the platform to have a voice and be a visible contributor of the tech community,” says Khalid. “For me, that platform is not only about advocating for the voices of other women, but also paving a path for underrepresented women.”

“It is an honour to recognize these winners as leaders in Canada’s digital industries,” comments Michelle Magwood, national chair of WCT. “They are champions of change who inspire others to unite to close the gender gap. Communications and technology are fiercely competitive and innovation-driven industries where women still represent less than 27 per cent of the workforce and nine per cent of leaders in the C-suite. It’s time to change those numbers.”

Khalid will be honoured at WCT’s annual awards gala on April 16 in Ottawa.

Area home construction off to a slower start in 2018

ON THE HEELS of a record year for housing starts in 2017, a reduction in large multi-unit projects has the London-St. Thomas home construction sector off to a slower start in 2018.

The Canada Mortgage and Housing Corporation (CMHC) reports there were 131 housing starts in February compared to 213 in the same month last year.

There were 111 single-detached starts, a slight dip from 120 in February 2017, but there were only 20 multi-family starts, compared to 93 in the same month last year.

The February figures were similar to January, when a lack of big apartment projects resulted in only 67 housing starts in the London-St. Thomas area.

According to CMHC analyst Amran Wali, February housing starts were well below last year but still slightly above the 10-year average for the month. In addition, he says single-detached starts are still fairly strong because of the very low inventory of resale homes.

“However, multi-unit starts trended lower for the third consecutive month as a majority of the large apartment projects that were set to start in late 2017 and early 2018 have already been started,” Wali told The London Free Press.

Conference Board of Canada forecast for London points to economic stability

EARLIER THIS WEEK, the Conference Board of Canada (CBoC) released its annual economic forecast for London, suggesting the city’s economy will remain relatively stable over the next two years.

The report pegs London’s economic growth at 1.8 per cent in 2018, down from two per cent in 2017. The board is forecasting a further decline, to 1.5 per cent, in 2019. The projections are part of the CBoC’s Metropolitan Outlook report, which offers analysis of 16 metro economies across Canada.

“[Forecasted London economic performance] is a welcome change of pace from the previous four years, when growth averaged just 1.0 per cent,” the report states. “Although we expect growth to dip below 2 per cent over the forecast, gains will remain comfortably above the 10-year annual average rate of 0.5 per cent.”

According to the report, a good chunk of that growth will come from the manufacturing sector. “Although growth in manufacturing is anticipated to slow as U.S. vehicle sales gradually cool from record highs, the industry will post consistently solid gains as firms continue to invest in London,” the report states. 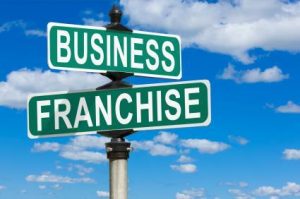 For those who are just getting started with their research, as well as those who are close to making a decision to buy a franchise, this seminar features speakers from the areas of finance and accounting, legal, tax and franchise systems.

Energize Your Non-Profit with the Salesforce Success Pack: March 20, 2018