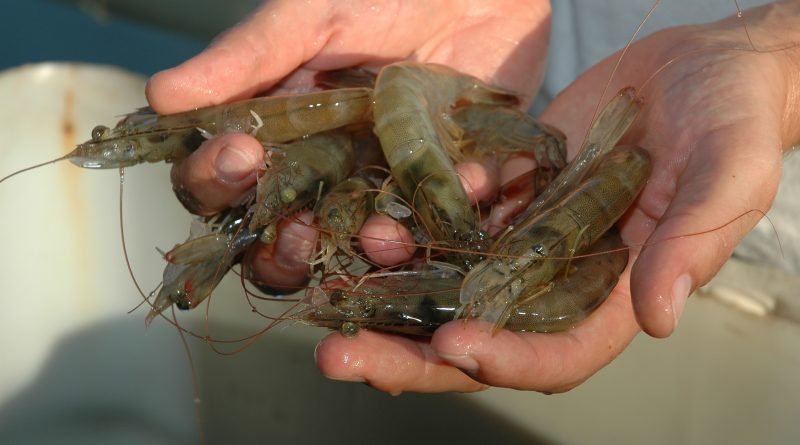 JUST A FEW years ago, Marvyn Budd stood in the middle of a former tobacco plant envisioning a future where huge saltwater shrimp tanks would represent a potential solution to the growing problem of dwindling wild stocks of shrimp.

Budd, president of Aylmer-based Planet Shrimp, has seen his vision become a reality in a relatively short period of time.

“We did a short, six-month burst of production to see how the system ran, so we were able to go to the market and test it. We certainly were very enthusiastic with the reception we received from the marketplace from a product quality and pricing perspective,” Budd explains.

“But we haven’t been producing and delivering in sufficient enough quantity yet,” he adds. “We still have to prove that. We are definitely looking to the future.”

Planet Shrimp is currently in production of its signature Pacific white shrimp, which are raised in purified water that is re-circulated and ­filtered every 90 minutes and contain no antibiotics, no pesticides, no ­hormones and no harmful chemicals.

“We have a system you can put anywhere in the world. We don’t hurt the ­environment, we’re sensitive to the ecology, we’re energy efficient. We’re a whole bunch of great things, and it is great shrimp, too” —Marvyn Budd

The current expectation is for the company to have product harvested this summer.

Budd’s belief that the company—which first took up residence inside a ­former Imperial Tobacco factory back in 2016—is on its way to prosperity is fed not only by initial sales success, but also by a national award picked up along the way. In February, the company was presented with the Innovation Award at the Restaurants Canada RC Show 2018, the country’s largest ­foodservice trade event.

“It was reaffirming. They love our story, of course, but we had shrimp for people to taste. I think that pushed us over the top,” says Budd.

“We have a quality product,” he continues. “To have it come out so good that chefs and bloggers and foodies and distributors are blown away by its quality, taste and texture, we’re just thrilled about that.”

Budd describes himself as a “cup-half-full kind of person,” so he readily admits he always felt the company would be a success, though he perhaps didn’t ­anticipate “all the intricacies and challenges” Planet Shrimp would face along the way. That said, whether they were problems of design, engineering or hydraulics, solutions were always found and quickly implemented.

Even with hiccups, Budd describes the company’s initial roll-out as having been “even better than the forecasted vision” predicted it would be.

“We felt the better restaurants, the discriminating consumer, would be ­interested in our product if it was healthy,” he says. “I didn’t realize how much in demand it would be, and I’m very happy about that.”

In the near future, Budd says the firm will begin ramping up sales in ­conjunction with the expected increase in production.

Planet shrimp, Budd adds, has a potential global market, and the company is already fielding inquiries about its shrimp products—fresh, frozen or live pick-up—from destinations near and far, including from as far away as Asia.

The biggest hurdle in developing export sales is that its farming ­operations will be built out in stages over the next several years, so matching productivity to demand will be a juggling act. But once fully executed, Budd expects Planet Shrimp’s potential to explode.

“We have a system you can put anywhere in the world. We don’t hurt the ­environment, we’re sensitive to the ecology, we’re energy efficient. We’re a whole bunch of great things, and it is great shrimp, too,” Budd says.

“We are proud to be building this very large farm in Aylmer, but we ­certainly have designs on a global expansion at some point in time. It’s too important not to do it.”