INDIVA LIMITED HAS announced a 50/50 joint venture with, and a USD $1 million investment into, Bhang Corporation, a licensor of cannabis and CBD edibles and concentrates. The joint venture gives London-based Indiva exclusive rights to manufacture and sell Bhang products in Canada and the right to export those products internationally.

Nevada-based Bhang is an intellectual property company which licenses rights to a full range of cannabis and CBD products, including chocolates, gums and oral sprays, isolates, vapes and vape cartridges and accessories.

“The joint venture allows us to leap frog over the years and millions of dollars of research and development that other Canadian licensed producers will need to spend to successfully produce high quality cannabis and CBD products,” explains Koby Smutylo, Indiva’s chief operating officer and general counsel. “We will also benefit from the large consumer following Bhang products enjoy in Canada and worldwide.”

Indiva has also entered into a share purchase agreement with Bhang to invest USD $1 million, acquiring a 4.9% equity interest on a fully-diluted basis in Bhang.

Both transactions are subject to the approval of the TSX Venture Exchange.

THE WINNERS OF the annual Techcellence Awards were announced last week as part of London Tech Week 2018.

Administered by TechAlliance, the awards celebrate tech entrepreneurs, start-ups and established tech companies in three categories: Startup Innovation (new businesses that are creatively deploying technology to change and improve the way business is done); Business Growth (businesses that have experienced significant growth over the past three years in revenues, number of clients and employees); and Community Engagement (companies that have helped charities and non-profits serve their communities with unique technology solutions). This year’s winners are:

AIR CANADA ANNOUNCED this week it will begin new daily non-stop flights between Montreal and London International Airport, as well as Montreal and Windsor, on July 2, 2018.

According to Air Canada, the flights are timed to offer convenient connections to/from Atlantic Canada, including Saint John, Fredericton, Moncton, Halifax and St. John’s; and to Europe destinations including Brussels, Rome, Geneva, Barcelona, Lisbon, Paris, Lyon and Frankfurt, as well as Casablanca, Morocco.

“We are pleased to expand Air Canada’s domestic network from Montreal into the growing Southern Ontario markets of Windsor and London by offering new non-stop daily flights to Montreal as we continue to strategically expand our already extensive domestic network,” says Benjamin Smith, president, passenger airlines at Air Canada. “With the continued growth in the Southern Ontario market, we see the opportunity to add new non-stop services and provide additional convenient travel options to cities across Atlantic Canada as well several European destinations.”

The daily London-Montreal flights, which will depart London at 1:50 p.m. (return flights depart Montreal at 3:20 p.m.), will be operated by Air Canada Express Jazz, and utilize a 78-seat Bombardier Q-400 aircraft.

LONDON’S STRATEGIC PRIORITIES and Policy Committee (SPPC) voted seven to five in favour of a $142-million casino complex expansion project proposed by Gateway Casinos and Entertainment Limited, adding that a new casino should stay at the Western Fair District.

The project could bring up to 1,200 slots and 50 live table games to the city’s east end complex.

Originally, the public consultation meeting was held to allow for feedback on whether council should move forward with a casino somewhere in the city, but that quickly turned into heated debate over where a casino should actually be.

The SPPC passed a motion 11-1 that was not binding, but said that council “prefers a casino” at the Western Fair.

Gateway Casinos remains in talks with the Western Fair and city hall to negotiate a better lease deal at the fairgrounds. Recently, the company has threatened to move elsewhere if discussions don’t progress.

Despite the tight decision, Rob Mitchell, director of public affairs for Gateway, said the approval from committee is still a step forward for the project.

A final vote goes in front of full city council on Tuesday.

My Singing Monsters Composer is the latest addition to the popular franchise that lets players write original songs for their favorite Singing Monsters to perform, all without requiring an internet connection. The game features an advanced and intuitive music editor that allows players of all ages and skill levels to embrace their inner Monster Maestro.

My Singing Monsters Composer transports a selection of fan-favorite Monsters to a never-before-seen Island, where players can write musical parts for each character of their choice. Each Monster produces a unique instrumental, percussive, or vocal sound, all of which can be combined to create intricate and charming pieces of music.

“Composer Island has always been a favorite among fans of My Singing Monsters. We’re happy to say that now, even players new to the franchise can enjoy composing music with the Monsters,” says Damir Slogar, founder and CEO of Big Blue Bubble. “The game improves upon the existing features of the original Composer Island by introducing a keyboard, more music tracks, offline play and many more Monsters planned for future release.”

My Singing Monsters Composer is available worldwide on the App Store and Google Play for USD $4.99. 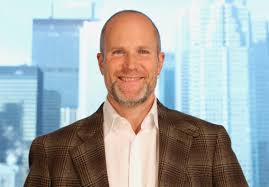 Deloitte’s Duncan Stewart walks through the technology, media and telecommunications disruptions that will be game-changers within the next 12 months.

Driving Business Growth Through Data: May 1, 2018