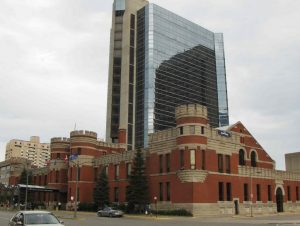 THE DELTA HOTELS by Marriott London Armouries has announced the completion of a $2-million renovation and retrofit of their rooms and suites.

The renovation project focused on rooms and suites located in the heart of the “castle” that was originally constructed in 1905, when it served as an armoury. According to a release from the property, the newly renovated suites have been re-designed to keep the historic charm and offer a new level of luxury. The suites range from 309 to 1,200 square feet, with 12-foot ceilings, expansive windows, large common rooms and state-of-the-art amenities.

“To remain competitive in attracting groups like the Juno’s, celebrities, weddings, conferences or just a romantic getaway, our new suites are helping make London even more appealing,” says Dave Bartlam, director of sales of the Delta London Armouries. “We are already getting a lot of reservations for our new suites from major cities Like, Toronto, Montreal, Saudi Arabia, New York and California for VIPs travelling to our city.”

“The extensive renovation project began in late-October and was recently completed in March,” adds Gerry Champagne, general manager of the property. “We are very excited to have these historic rooms in London.” 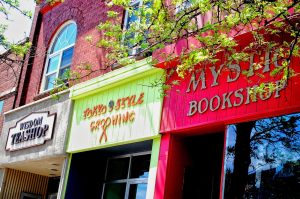 IN A MOVE supported by city hall staff, the Old East Village Business Improvement Area has made a proposal to the city’s planning and environment committee to grow its size.

The plan calls for an expanded reach east to Woodman Avenue, including the Western Fair. Currently, the BIA is relatively small, centred on Dundas Street from Adelaide Street to Lyle Street.

According to Old East Village BIA general manager, Jennifer Pastorius, the BIA would like its footprint to match the Community Improvement Plan boundaries for Old East. As it stands now, the BIA takes in a little more than 40 properties within its boundary. That number would grow to more than 150 under the new plan.

The levy BIA members pay is based on the assessed value of their property. Under the current boundary, BIA member properties are assessed at approximately $7.5 million. Under the proposed expansion, the valuation would top $20 million. 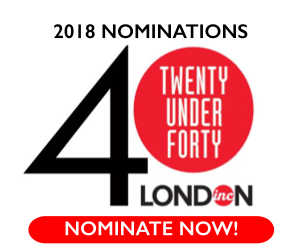 THIS NOVEMBER, LONDON Inc., in partnership with London’s 20 Under 40 Foundation, will present the 2018 London Inc. 20 Under 40 Awards. Celebrating individuals who have distinguished themselves in both career and community, the 20 Under 40 program highlights the achievements of young men and women who will be shaping our city for years to come.

If you know a Londoner who is excelling in their profession, is invested in the community and is under the age of 40 as of December 31, 2018, they are an ideal candidate for the 2018 London Inc. 20 Under 40 Awards.

Nominating is easy—you require just your nominee’s name and contact information. From there, the nominees are contacted directly with the required paperwork and details. Self-nominations are welcomed and encouraged, and the identity of all nominators are kept confidential. 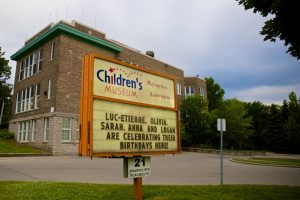 THE LONDON REGIONAL Children’s Museum has announced it is moving from its current location on Wharncliffe Road to the former Kellogg cereal plant in east London.

The museum will relocate to the fourth floor of plant, which is currently being retrofitted to a host a number of different companies and organizations, including The Factory, a massive indoor amusement space featuring North America’s largest indoor ropes course, a trampoline park, electric go-karts, mini-golf, escape rooms, axe-throwing an arcade and a toddler soft play area.

The announcement brings to an end a nearly four-year search for a new home after the museum’s board of directors sold its current location to developer Shmuel Farhi for $2.1 million in 2014. Farhi agreed to lease it back to the nor-for-profit organization so administration had time to find a new home, and he has also received approval to redevelop the site into a mixed-use development that could include as many as 58 units.

According to London Regional Children’s Museum executive director, Amanda Conlon, the move isn’t expected to take place for at least three years, and the museum will continue to operate in the Wharncliffe Road location in the interim.

2020 conference expected to be largest ever held in London 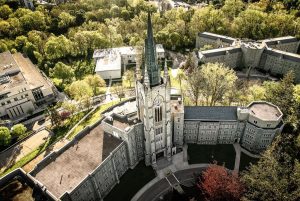 WESTERN UNIVERSITY HAS been selected to host the 2020 Congress of the Humanities and Social Sciences, the country’s largest multidisciplinary gathering of academic scholars in the humanities and social sciences.

The conference, which will run from May 30 to June 5, 2020, is also expected to be the largest ever held in London. In all, organizers expect more than 8,000 attendees to visit the city over the seven-day event.

Gabriel Miller, executive director of the Federation for the Humanities and Social Sciences, made the announcement at Western yesterday.

For nearly 90 years, Congress has brought together more than 70 scholarly organizations who hold their annual conferences under a common banner. It’s an opportunity for academics, researchers, policy-makers and practitioners to share findings, refine ideas and build partnerships that focus on Canada’s future.

“This is a tremendous opportunity for us to not only show off our university and our city, but to highlight the important work our faculty members and partners are conducting across a variety of disciplines,” says John Capone, Western’s vice-president (research). “The importance of scholarship in the arts, humanities and social sciences can’t be understated, as it relates to everything we do, experience and feel, including how we understand the world around us, build communities and advance culture.” 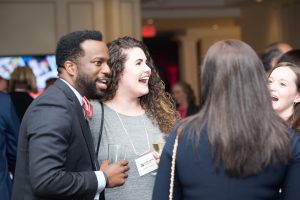 What Exactly is the Fourth Industrial Revolution? May 22, 2018