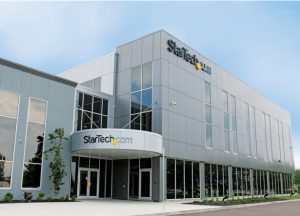 STARTECH.COM, A LEADING leading manufacturer of hard-to-find connectivity products, will expand into its 20th global market next month.

The company officially launched in Finland last month, which was its 19th market, and will expand into Chile in July, which will become its 20th market. Chile will represent StarTech’s first market presence in South America.

Expansion into these new markets were made possible through distribution agreements with Ingram Micro, one of the world’s largest distributors of technology products.

“We are extremely proud to reach the milestone of StarTech.com’s 20th global market,” says company president, Lynn Smurthwaite-Murphy. “StarTech.com was founded in Canada over 30 years ago, initially selling computer accessories directly to small resellers. The founders’ focus on innovation and their entrepreneurial spirit differentiated StarTech.com from the competitors, allowing it to grow even during times when the IT market was flat. Expanding into our 20th market is just the latest indicator that the strategy is still flourishing. The company continues to grow globally due to the concerted effort of our team members based in all our markets around the globe.”

Launched in 1985 by Paul Seed and Ken Kalopsis, StarTech.com operates distribution centres in Canada, the United States and United Kingdom. Offering over 3,300 products, it employs over 400 people worldwide and services over 60,000 reseller customers. 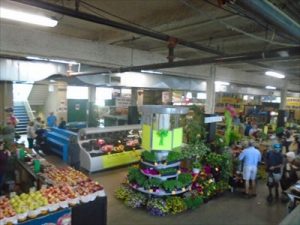 The change from Saturday only operation will begin on October 6, one year after the WFA took over the market from food entrepreneur and Fire Roasted Coffee Company president, Dave Cook, who had rented the Confederation Building from the Western Fair to run the market privately.

Under Cook’s leadership, the number of shoppers and vendors grew and a number of market vendors opened shops in the Old East Village neighbourhood near the fairgrounds.

“Our objective when WFA took over market ownership was to enhance and grow The Market, which already came with tremendous community and customer appeal,” says Heather Blackwell, WFA director of urban and rural affairs. “We believe we can attract more customers for our unique artisans and vendors, grow the business and find fun, educational ways to link our agricultural mandate to The Market.”

The WFA also plans to spend up to $400,000 on upgrades to the Confederation Building. Upgrades include basement washroom renovations and adding more refrigerated storage, and there also are plans to upgrade doors, windows and the HVAC system over the next two years. 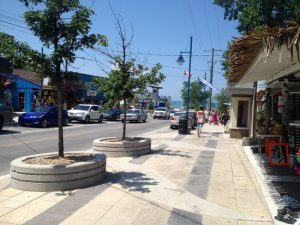 A NEW TRANSPORTATION service—the Bend Bus—will take Londoners to Grand Bend to spend a day or evening at the beach on select Saturdays and Sundays during July and August.

“We’re in a really interesting position here in London where we have this incredible beach that is just a 45-minute drive away,” Thomas told Blackburn News, explaining his reasoning for starting the service. “So, in less than an hour, we can go from our apartment in the city to swimming in the water in Grand Bend. Once I realized that, I realized we could have a really great quality of life, we just needed a way to get there.”

Thomas reached out and partnered with businesses in Grand Bend a bus company to rent a yellow school bus. The Bend Bus offers two pick-up locations for both the Saturday and Sunday trips: Innovation Works (201 King Street) and Masonville Place.

“The ticket price is just right, it is less than $20 and to park for the day in Grand Bend is typically at least $20,” Thomas added. “So I priced it in such a way that it will be a fun experience for people that will cost far less than driving themselves. That ticket price seems to be really resonating with people.”

Future of iconic Call the Office venue in doubt 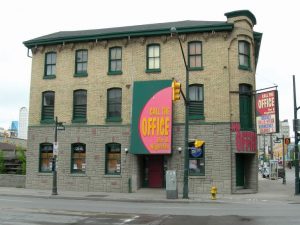 AFTER DECADES AS one of London’s most storied downtown bars and concert venues, the future of Call the Office is muddled and murky.

According to a listing on Realtor.ca, the lease for the iconic venue is up for grabs. The listing says the owner of the building is retiring and is offering a “full turn-key operation for lease to the right individual,” and goes on to say, “Property is also for lease for re-development.”

At the same time, a crowdfunding page has been set up asking for the public to help with expenses. The GoFundMe page says a handful of rising costs in recent years include repairs to the 150-year-old roof, plumbing and “absurd property taxes and ever increasing utility bills.”

In a Facebook post earlier this week, owner Tony Lima stated, “The other shareholders, and the guy who holds our mortgage privately, feel the need to test the markets and see what options are available to them. It doesn’t mean anything right now for Call The Office (or me) and we are booked well into the fall at this point.”

In its heyday, the corner bar was the go-to place in London to see both up-and-coming and established acts, and hosted bands and performers such as the Ramones, Radiohead, Blue Rodeo, Tragically Hip, Goo Goo Dolls and Nelly Furtado. 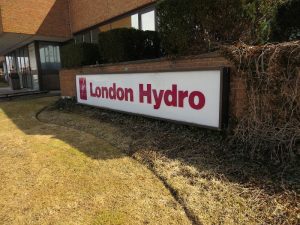 DURING A PRESENTATION to the strategic priorities and policy committee meeting earlier this week, London Hydro made it known that it wants to go shopping.

The utility has an aggressive growth strategy but is hampered by a limited city market, so it would like the opportunity to buy smaller utilities in nearby cities.

According to Vinay Sharma, London Hydro CEO, the utility wants to kick the tires of utilities in Cambridge, Kitchener and Waterloo. The hurdle? The City of London is a shareholder, and according to the current shareholder agreement, London Hydro isn’t allowed to buy other utilities.

“We are ready for the future. We are ahead of utilities, not only in Ontario, not only in Canada, but in North America,” says Sharma.

Sharma has reached out to city manager Martin Hayward and expects to meet with him in the coming weeks to discuss changing the shareholder agreement.

While there are no adjacent utilities available, the potential utilities in the Kitchener-Waterloo and Cambridge area are only an hour’s drive away, are not owned by larger utilities and are growing.

“It is the key to our business, to every business. We need more customers,” says Sharma.

The first of a three-part seminar consisting of nine hours of comprehensive training that will provide you with the information and tools needed to complete a business plan.