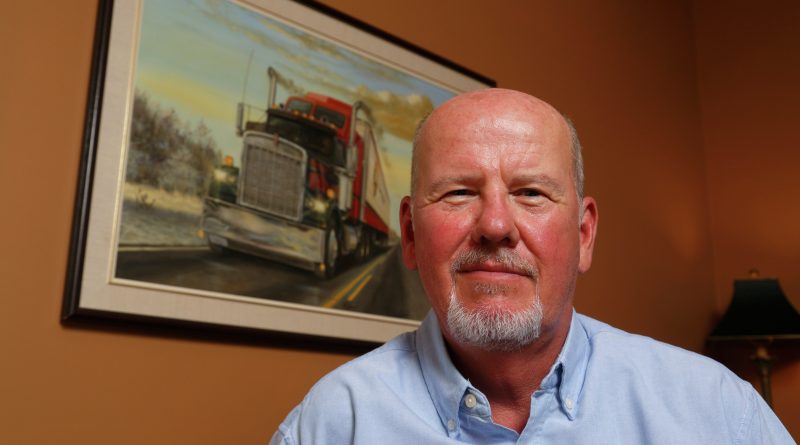 Skyrocketing demand, a chronic ­shortage of truckers. The capacity shortage is here—and it’s not going away anytime soon

MOST OF US only think about transport trucks when we’re navigating the 401 or blocked while taking a shortcut behind a plaza.

We understand trucks are the circulatory system of our economy, stocking retail shelves, delivering just-in-time parts to manufacturers and fulfilling our late-night Amazon ­purchases with alarming speed. But we don’t often think about the health of that system and the wide-ranging repercussions if it wobbles out of balance.

In the last year or so, it has begun wobbling dramatically.

“Freight levels are at almost historic highs in most sectors of the economy, and at the same time there is a driver shortage,” says London’s Ray Haight, a long-time trucking executive who has worked in all facets of the industry. Among other things, he works with trucking companies to help them retain drivers.

“The average age of a driver in North America is about 53, but a lot are retiring and that average will jump to 56 or 57 soon,” he says.

At the same time, the barriers to entry are rising significantly. Ontario recently introduced Mandatory Entry Level Training (MELT), which requires more than 100 hours of training to earn the required Class A licence. The training must be done at an approved training provider, and Haight estimates the cost is at least $8,000.

“You’ve got people without jobs looking to get into trucking, and they can’t afford that.”

“Obviously, if the cost of shipping everything is going up, that inflation will spread through the entire economy” —Ray Haight

To demonstrate how things have changed, Haight traces the steps required for an onion farmer in Florida to ship his crops north. The cost has jumped from about $3,000 to $4,000, but that’s not the worst part. Before he can ship his onions at the higher cost, he has to find a carrier.

“Obviously, if the cost of shipping everything is going up, that inflation will spread through the entire economy,” Haight says. “But the onion farmer now has to call around to find a carrier. In the old days, he could choose a rate he liked. Now, he calls around and takes the first available truck. If you have something to ship, you have to search for capacity.”

Producers have to do more now to make shipping companies happy. “The field has totally tipped,” Haight says. “If you’re a shipper, you require easy loading with skids at both ends, washrooms and showers for drivers, more sleep included and other things like that.”

It’s a bit like homebuyers in the current market who come in with offers well above asking, free of any conditions.

There’s another factor contributing to the market imbalance: driverless vehicles. It’s not like 18-wheelers are going to be rolling along without humans behind the wheel anytime soon. But the uncertainty of what the world will look like in 10 or 20 years is scaring off potential drivers in their 20s and 30s.

“Technology might allow trucks to platoon,” Haight says. “Two or three trailers with one driver. There will still be drivers, but not as many. If you’re considering spending thousands for training and taking a job that requires you to be away from your family for days at a time, it’s a concern, no question.”

Eventually, the market will sort itself out, but no one knows when. “It can’t stay like this forever,” Haight predicts. “But as for 2019, who knows?”