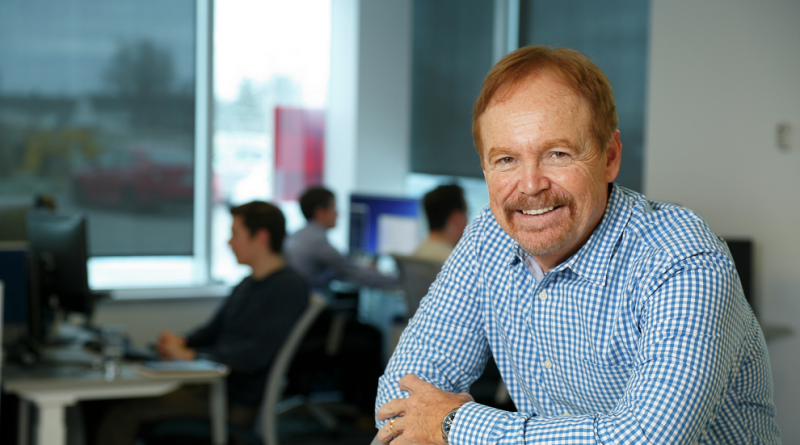 WE’VE ALL GOT things to hide: Christmas gifts, ­documents, rare coins, the spare house key. So, we all need a place to stash them: the attic, locked desk drawer, safety deposit box, fake landscaping stone.

When the thing you’re trying to protect is digital, it gets a little tricky. Maybe you’ve noticed passwords are hacked every day, chipping away at cyber security with every breach. And if you’ve put anything into bitcoins, well, where do you keep them?

These are some of the quandaries the deep thinkers at VersaBank have addressed with the company’s newest product, VersaVault. It is the digital equivalent of a safety deposit box, designed to provide digital safekeeping for cryptocurrency exchanges and crypto-based investment funds.

“This is how the market is evolving,” says VersaBank president, David Taylor. “There’s a need for a digital storage facility.”

To make it happen, VersaBank hired Gurpreet Sahota as chief architect of cyber security, a job he held for 14 years at BlackBerry Ltd, long viewed as a world leader in security and encryption. And then it unleashed its IT team, in the bank’s Innovation Centre, housed in a converted hangar at the airport.

“At least two very large banks have announced they will create products like this, but we have a head start. We also have an advantage because we’re smaller and more agile”—David Taylor

“We believe we’re the first in the world to take a product like this to the commercialization phase,” Taylor says. “Of course, there will be others. At least two very large banks have announced they will create products like this, but we have a head start. We also have an advantage because we’re smaller and more agile.”

That’s been the VersaBank philosophy for many years, as it created a branchless bank and began accepting deposits and providing banking services from its London head office and sister office in Saskatoon. Today, it employs just over 100 people, 70 of whom are in London, at the airport or at the downtown headquarters.

The bank spent months beta-testing the product and blockchain technology with two actual customers. “We worked with them, passing data back and forth,” says Sahota. “First we used dummy data, then we started using real data and real transactions.”

VersaVault provides “absolute privacy.” The bank cannot peek into the box. That raises the spectre of various ill-gotten gains flowing into the system.

“It’s really like a safety deposit box,” Taylor says. “It could be anything in there, but the demand is coming from funds that deal with things like bitcoin. The Bank Act allows us to provide ­services anywhere in the world, but there is an overlay of other agencies. There’s a no-deal list and people on that list. We scrub our customers routinely against these lists.”

In other words, there’s no guarantee every bit and byte in the VersaVault is above board, but the bank does everything it can to make certain.

The interest is undeniable. “As soon as we announced the commercialization phase, we heard from people around the world,” Taylor says.

The fee structure is a work in ­progress, but is likely to be based on a percentage of the declared transaction amount.