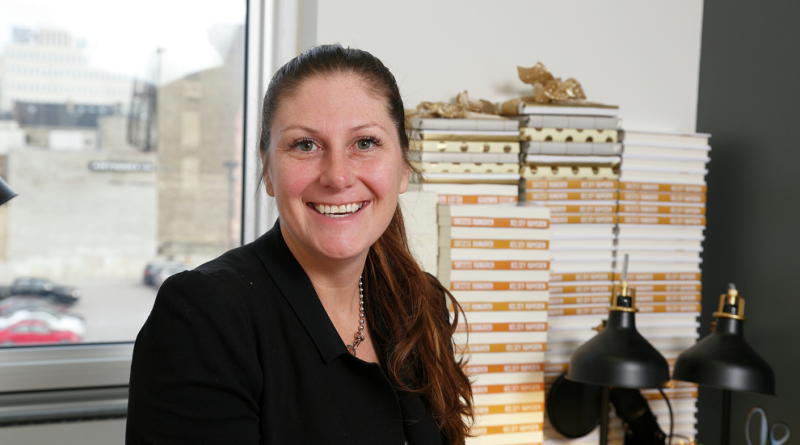 In her new book, Kelsey Ramsden explains why success doesn’t mean fulfillment, and why “what’s next” can be the most difficult question to answer

BY VIRTUALLY EVERY definition, Kelsey Ramsden is a textbook example of modern success, even if she hasn’t always felt like it.

Named Canada’s top female entrepreneur by Profit magazine in both 2012 and 2013, Ramsden is an award-winning entrepreneur, a noted business mentor and in-demand public speaker.

Now, with the release of her first full-length book, Success Hangover, Ramsden can add published author to the list.
The book, released in October, received immediate acclaim, quickly reaching number-one spots in several countries—six categories in Canada, one in the United States and one in Australia—within a few days of its release.

The book speaks to the solutions she found in answering her own questions around what follows success.

“We somehow forget those aha moments come from our experiences. Nothing is brand new. Everything is leftover soup” —Kelsey Ramsden

“I can remember the first time it happened to me, which was my undergrad. I remember graduating and saying, now what? I had dreams and ambitions, but it felt very anti-­climactic,” Ramsden explains. “I thought I would instantly feel worth—encouraged and ready to take on the world. Instead, it was, now what? I’m just the same as every other person.”

The book was crafted over some four years and focuses on the idea that for many “driven and ambitious people,” the pursuit of ­mastery in a given field is balanced by the constant need to find challenge.

After all, as Ramsden notes, when “mastery becomes mundane,” then nothing is fun anymore.

The book features 10 exercises to help people overcome that hangover. The key tools she details involve identifying one’s self outside of their career, challenging individual daily choices (even in the smallest of ways) and realizing success isn’t necessarily financial, but is about what unique and memorable experiences can be taken from accomplishing the goal at hand.

“What we don’t like to realize is there are a lot of people who can do what I do. But what makes me unique, what makes me exceptional, what gets me out of bed every day, is the sum of my own experiences,” says Ramsden. “We somehow forget those aha moments come from our experiences. Nothing is brand new. Everything is leftover soup.” 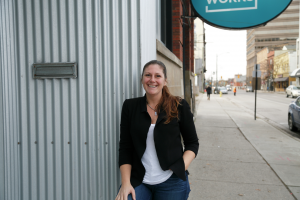 With tongue firmly in cheek, Ramsden says it was something of “a torture test” to write Success Hangover. It can be difficult, she explains, for people who outwardly appear to have found success to admit they’re unhappy with where they are.

That said, as someone who has never stepped away from a challenge, Ramsden says she felt the strategies offered in the book were something she had to share.

Success with the book, she explains, was one person sending her a message saying the book was “useful and impactful in changing a person’s life.”

In particular, she recalls an email she received only 18 days after the book was released. “This woman had quit her job, got the job of her dreams—she wouldn’t have realized this path without something in the book that reminded her of something she always wanted,” Ramsden says. “That’s ­phenomenal. It wasn’t me, I wrote a book. That woman did it, and that’s amazing.”