LONDON’S FREEPOINT TECHNOLOGIES, an award-winning provider of software for the Industrial Internet of Things (IIoT) to manufacturers worldwide, has announced it has acquired CoreSolutions, a custom database software development company with offices in London and Toronto.

Through the acquisition, FreePoint will accelerate the development of its industry-leading ShiftWorx platform for machine monitoring in manufacturing, while providing enhanced flexibility for configuration and customization to meet enterprise customer needs.

In a released statement, Paul Hogendoorn, founder and president of FreePoint Technologies, said, “We are excited to have the CoreSolutions team join us as we work with new and existing customers to double our global installed base in the next 12 months.”

FreePoint products are currently deployed at over 100 manufacturing sites in the U.S., Canada, Mexico, Australia and other countries around the world.

“The team at CoreSolutions brings decades of experience in software development, project management, and product management and is a perfect complement to the highly skilled team at FreePoint Technologies,” continued Hogendoorn. “For the past year, we have been working closely together on several projects at some of our largest enterprise customers, with hundreds of manufacturing plants worldwide.”

“We are delighted to join the FreePoint family,” added Barney Lawn, founder and CEO of CoreSolutions. “CoreSolutions is very excited to have the opportunity to extend our work in the industrial IoT market and be a part of shaping technology that will greatly improve manufacturers’ visibility into machine activity and fully engage factory floor employees. The potential in this emerging market is huge and the skills we bring to the table will help FreePoint further accelerate its growth.”

The acquisition will be accretive to FreePoint’s 2019 revenue and EBITDA and will nearly double the number of employees. Barney Lawn will be COO of the combined entity and Paul Hogendoorn will continue as president and CEO. 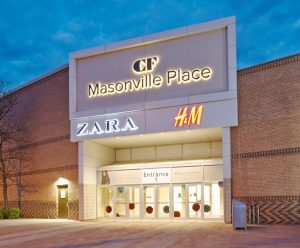 TORONTO-BASED CADILLAC Fairview has informed the city planning office that it would like to build mid-rise residential buildings on the southern part of its CF Masonville Place property, currently used as part of the mall’s parking lot.

The developer said it would also like to improve transit connections to the new buildings and the mall.

Details of the addition will be revealed later this year during a public input meeting for a secondary plan in the Masonville area.

On Monday night, politicians on London council’s planning committee unanimously backed an effort to create a plan for development in the Masonville area, expected to become a “transit village.”

Already a hub for bus routes, Masonville Place is one of four main nodes at the end of the proposed bus rapid transit corridor in London. The Masonville Transit Village Secondary Plan, which would outline appropriate development and land use in the area, is expected to be complete by year’s end.

Cadillac Fairview is one of the largest owners, operators and developers of best-in-class office, retail and mixed-use properties in North America. The Cadillac Fairview portfolio is owned by the Ontario Teachers’ Pension Plan. 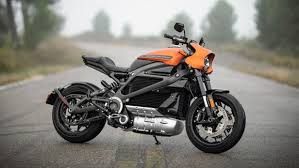 ROCKY’S HARLEY-DAVIDSON has been selected as one of only a handful of Canadian dealerships to sell the new Harley-Davidson LiveWire, the iconic brand’s first production electric motorcycle.

Conceptualized four years ago and unveiled in 2018, LiveWire is the first in a planned portfolio of electric bikes the Milwaukee-based manufacturer is expected to introduce to the market.

According to Jeff Duncan, owner of Rocky’s Harley-Davidson and its sister dealership, Blackbridge Harley-Davidson in Cambridge, which will also sell the LiveWire, the dealerships were a natural choice to premiere the new model in 2019.

“There is clear momentum in the growth of electric vehicles in the Southwestern Ontario region, with over 1,000 EVs as of July 2018. New charging stations are being installed across the region with help from municipal and private funding sources. We’re really excited to be on the forefront of EV technology for motorcycles, and to partner with local technology companies to improve EV infrastructure in our community.”

Duncan expects the fully electric bike, which will retail for around $37,000, to draw interest from a variety of riders, experienced and novice. “This motorcycle will appeal to those interested in a greener transportation choice, as well as to those who may have put off learning to ride because of having to manage the clutch and throttle to shift gears. Electric options like LiveWire bring even more diversity and inclusivity to the world of motorcycle riding.” 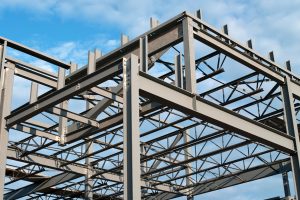 FOR THE THIRD consecutive year, the value of building permits in London has exceeded $1 billion.

Building permits are issued for all types of construction in the city, from relatively minor renovations to large-scale industrial, residential and commercial projects.

“In 2016, when we surpassed $1 billion, I thought it was a one-time phenomenon and things would taper off,” said Peter Kokkoros, London’s deputy chief building official, in an interview with CBC News. “In 2017, we went over $1 billion, and I thought that would never happen again. Well, guess what, we’re just over $1 billion again for 2018,” Kokkoros said.

Kokkoros described the recent building activity in London as a sign of a healthy economy, though he says he doesn’t expect the city to achieve the same feat in 2019. “At this point, I can say that the batteries on my crystal ball have died and I can no longer rely on it. But I do think that 2019 is most likely not going to be a $1-billion, record-setting year. If it is, I’ll be very surprised.”

One of the reasons he noted was an already noticeable decline in the number of permits to build single detached dwellings in 2018, which went down to 656 last year from 1,038, the highest in the last decade-plus, in 2017.

However, city hall issued more permits for residential units in 2018 than in 2017 (1,149 compared to 665), the result of more apartments units being built in the city.

On the institutional side, there were also more projects in 2018 than in 2017 (236 vs 173), but the scope of the projects was also much higher two years ago when the total value of the permits was $108 million, compared to last year’s $54 million.

The opposite was true in the industrial sector, where there were fewer permits issued but the value of the projects was higher. 2017 saw 95 permits issued for a value of $33.2 million, compared to 41 permits last year with a total value of 43.6 million.

The Wolfe on Wortley to close; two new dining concepts to follow

Wolfe Pack Inc. partners, bothers Justin and Gregg Wolfe, will shutter the Wolfe of Wortley in March and open Wolfe Pack Company Bar in the same month in a building next door that most recently housed the Village Harvest Bakery.

The brothers say the new 61-seat Wolfe Pack Company Bar concept will be a casual, lunch, dinner and late-night neighbourhood restaurant. The new space will be triple the size of the Wolfe of Wortley, with seating inside and on a patio.

Though an exact opening date has not been set, the brothers hope to be operational for the start of Juno Week events, which start on March 11.

According to Justin Wolfe, the operational decision was made because the Wolfe of Wortley was small for its fine-dining style, and they wanted less of a high-end concept.

“We want wider appeal, but we will not lose the integrity we had at the Wolfe,” he said in an interview with the London Free Press. “We have a special team at the Wolfe,” he added, noting that the staff will be kept on.

Meanwhile, the brothers plan to utilize the Wolfe of Wortley location to open a pizza concept called Through Thick and Thin. It will offer New York- and Detroit-style pizza, and plans call for it to open later in the spring or early summer.

The Wolfe Pack Inc. also operates The Early Bird on Talbot Street south of King, as well as Los Lobos and the Nite Owl, located at Talbot and Albert streets. 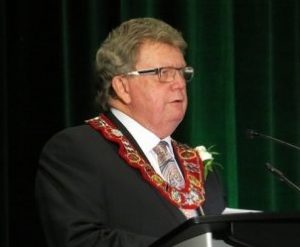 Mayor Ed Holder delivers his first State of the City address. Highlights of the address typically include economic forecasts, news about job creation and growth, as well as the strategic direction that is being taken by council.