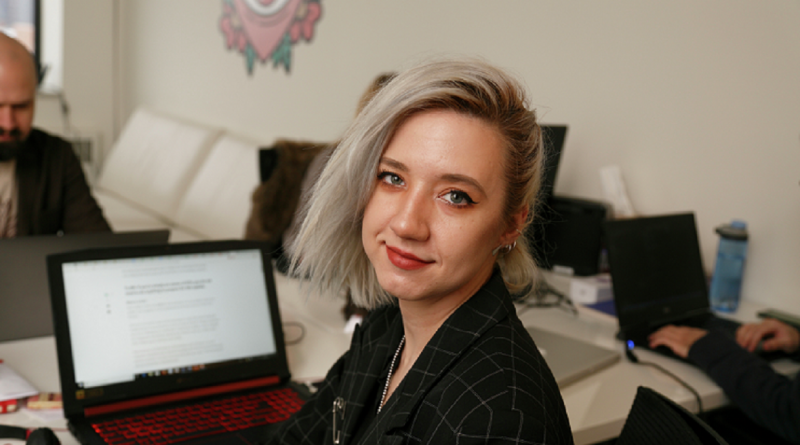 For a new generation of startups like Yuser, blockchain technology is shaping the future of innovation

IF YOU LOOK up any list of technology or IT buzzwords for 2019, it’s almost guaranteed you’ll see “blockchain” near or at the top of that list. But a more realistic look at blockchain ­technology suggests it likely won’t make sense for many ­companies in 2019, but it’s something that should be on the long-term technology radar.

In a nutshell, blockchain is a new way of transmitting money without the need for traditional banking networks, as well as a technology to store data in a transparent and unalterable way. It is most commonly seen as the underlying technology for Bitcoin and other cryptocurrencies.

Eunika Sot, chief operating officer at blockchain-based social media platform Yuser, is a vocal ­proponent of blockchain technology, and believes we are just scratching the surface of what the technology can offer.

“Every person needs to realize that they should have a full control of, and make money from, the data they create, instead of willingly contributing to the fortunes of data-centric companies like Facebook, Alphabet, Microsoft, Apple and Amazon” — Eunika Sot

“In the information age, data is power,” says Sot. “Every person needs to realize that they should have a full control of, and make money from, the data they create, instead of willingly contributing to the fortunes of data-centric companies like Facebook, Alphabet, Microsoft, Apple and Amazon.”

That’s the approach Yuser is taking with its gamified social network, offering blockchain-based rewards to users for creating original content.

“At Yuser, we’re using blockchain to develop an auditing mechanism for in-app transactions that require digital asset transfer,” Sot explains. “Think of something like a video game coin that you can eventually take out of that video game and use at Starbucks.”

Like other companies expanding the usage of blockchain, the Yuser team is wading into uncharted waters as they build a whole new experience. “The mechanics governing the Yuser app—the Yuser economy, marketplace, and token model—all those things are new concepts within the realm of social networks. At every step of the way, we feel like explorers of the unknown ­discovering new frontiers.” 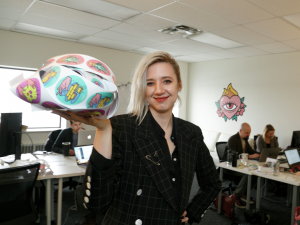 In the not-too-distant future, real estate transactions, medical records, copyright protection and payment processing are just some of the transactions that could be run more transparently and efficiently using blockchain.

“Supply chain and logistics is very interesting in this regard,” says Sot. “Being able to accurately trace the origin of products and view their recorded history might further prevent dubious practices such as greenwashing.”

So, while the volatility of cryptocurrency prices may have brought an early end to the bitcoin boom, Sot doesn’t see the blockchain technology going away, any more than the internet vanished after the dotcom implosion of 2000.

“The technology will continue to evolve over the course of the coming years,” she says. “Faster with more money pumped into it, or slower with less capital, but eventually it will change the world. It has already begun.”