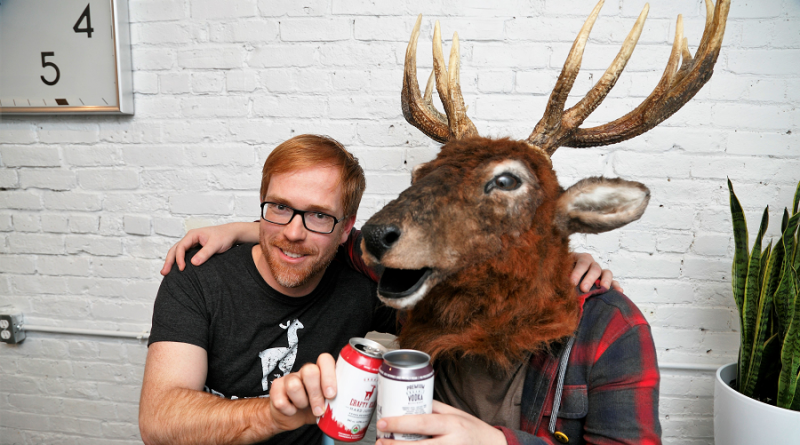 With market expansion and a unique ­funding strategy in play, Crafty Elk Distilling Co. looks to take the next step

ONE OF THE benefits of having a background in pharmaceutical science is that you can understand the ingredient lists of many consumer products.

But as Greg Gilliland, the co-founder of the cocktail ­company Crafty Elk Distilling Co., knows, one of the drawbacks is the realization of how much you need that background to make sense of it all.

“The can of soup sitting on the aisle, the jars of jam, the ­peanut butter—a lot of these ingredients are chemically ­modified,” says Gilliland. “My general perspective, after seeing the number of customers come through a pharmacy, is people don’t want to buy chemicals.”

With this in mind, and following a chance meeting seven years ago with Australian business consultant Michael Plehan, an idea was hatched: What if you could make a line of cocktails that rejected wholesale the inclusion of preservatives and opaque ingredients, and made a shelf-stable cocktail with natural ingredients?

“Other people hand you, basically, a pile of chemicals. We hand you a fresh garden” —Greg Gilliland

In 2017, Crafty Elk Organic Hard Juice was introduced—a pre-mixed cocktail that Gilliland and Plehan believe is ­healthier than other alcoholic drinks by a wide margin.

“It’s not really that hard of a concept—it’s just real juice that’s organic, non-GMO and it’s gone through natural preservation,” explains Gilliland. “We saw such a hole in the market and consumers wanting something that was natural.”

Currently, Crafty Elk comes in three flavours—Tri Berry, Kiwi & Apple and Mango & Honey—and has been available in the LCBO since July 2017. Last year, the company expanded west, introducing Crafty Elk in every province west of Ontario.

The company has ambitious growth plans moving ­forward—Quebec, the Maritimes and eventually the U.S market—and are offering investors a chance to help fund that growth. Crafty Elk will sell a stake in the company to anyone who wants to invest up to $30,000.

It’s sort of like a self-contained Kickstarter, and this will be their second round of fundraising. The first raised around $600,000; this round is aiming to raise $3 million. 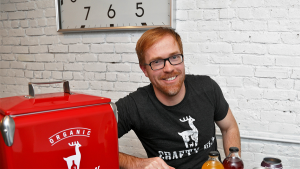 “It’s just another way for us to connect with people,” says Plehan. “We get this engagement with the community, [and] a real big upside is we end up getting our own brand champions.”

Based in London, Crafty Elk is currently being produced on contract at a facility in St. Catharines, but the partners are working on plans to set up a manufacturing facility in the area. “We’re looking at places like Stratford and London—different places where we can take advantage of a good plot of dirt or potentially something that’s already there that we can build on,” says Plehan.

Plehan says the American market is also on the radar. “We think we will be planning for our launch into the U.S. later this year and launching there in 2020,” he says. “We already have target markets where we’ll be doing that.”

But amid all the expansion, funding and production work, there are no plans to change the core philosophy of the company. “Other people hand you, basically, a pile of chemicals,” says Gilliland. “We hand you a fresh garden.”