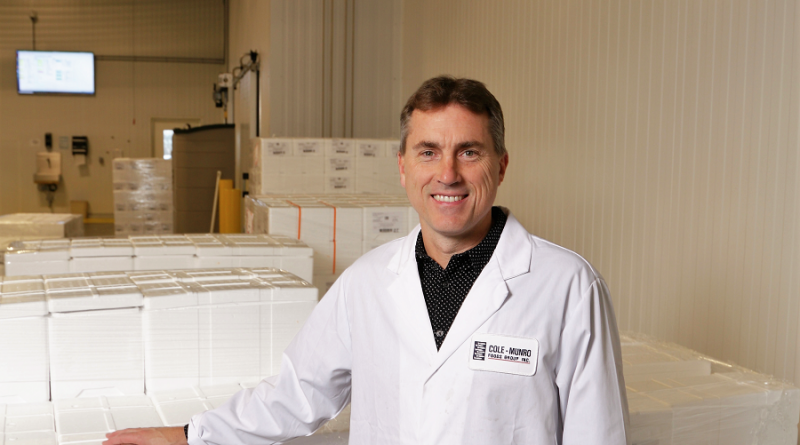 IN RECENT YEARS, St. Thomas ­economic success has relied on smaller manufacturers and service providers relocating, expanding and taking up once-vacant digs. To that end, the city has been gradually changing its economic profile, attracting a wide range of business types and developing a climate of economic diversity.

Indeed, St. Thomas is home to a growing number of expanding SMEs that are ­helping redefine the city’s business profile. Prepared with the guidance of the St. Thomas & District Chamber of Commerce, what follows is a look at three vibrant St. Thomas firms that are representative of the changing diversity and complexion of the city’s economic landscape.

If you’ve eaten fresh rainbow trout lately, chances are it was processed by Cole-Munro Foods Group Inc. in St. Thomas. The company has been processing and distributing fresh water trout since 1994 and is the largest operations of its kind in Canada, says owner Geoff Cole, who bought out his partner, Todd Munro, within the first few years of operations, and now runs the company with his wife Susan Cole.

“We process more than 10 million pounds a year—that’s bigger than the size of the entire Lake Erie commercial fishing industry. Even true aquaculture people are sometimes surprised to learn the size of the freshwater fish farm-gate,” says Cole. 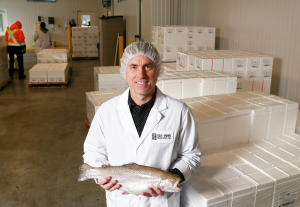 “I grew up in Owen Sound and had summer jobs in the fish plant there, but once I finished university, I figured I’d never work in one again,” Cole chuckles. Now, he not only runs a fish plant, but Cole also has ownership stakes in fish farms in Parry Sound and Manitoulin Island.

“We reached a point where we couldn’t grow because of the supply, so we integrated vertically. Last year, we acquired half of our largest supplier and two other smaller suppliers. Trout are a cold-water species and they need the purest of water to survive, so all of the fish farming is done in Lake Huron.”

Launched as a hand-processing operation located in Port Stanley, Cole-Munro moved to an automated system in the mid-2000s. “We needed a larger facility for quite a while, and we decided to build new in St. Thomas in 2017,” says Cole.

The 27,000-square-foot plant on Barrie Boulevard has two full production lines and employs 70 people. “It turned out to be a good move—we’re closer to the 401 and to the Michigan and Illinois markets. We’ve doubled our production in the last few years, and we have trucks bringing fish from Georgian Bay to St. Thomas five to six days a week.”

Once processed, the fresh fish is distributed to retail stores and restaurants throughout Ontario, in Quebec and in some of the northeastern U.S. states.

“Fish consumption has increased, especially in Ontario,” says Cole. “Consumers are health-conscious and aware of the benefits of fish protein, and they’re learning how easy it is to prepare. And they are more informed—they ask where their food comes from and want to know that it is local, safe and affordable. We have the potential to sell more if we had more product.”

When Brandon Olsen and his business partners at Tapa Creative were looking to move from home to commercial offices last January, they did what homepreneurs typically do—look at existing office space to rent.

Then, a chance conversation with a commercial ­realtor at a networking event led Olsen in a different direction. The topic was co-work spaces, which had been established in larger cities, but not yet in St. Thomas. Olsen thought the idea was worth exploring.

Less than six months later, he would open The Atrium, a 2,100-square-foot co-work space with flex desks, private offices, a kitchen, boardroom and smaller meeting room, a bank of rental mailboxes and a comfortable common area where members can connect and enjoy complimentary coffee and tea as they work.

By the end of 2018, The Atrium had attracted more than 30 members. In addition to Tapa Creative, ­tenants range from consultants, ­virtual assistants and bookkeepers to photographers and graphic designers, plus a few non-profits.

In January 2019, to meet a growing demand for both office and meeting space (which is well used by members and regularly rented by non-members), Olsen took over another 1,400 square feet of the building.

“Big things are happening in St. Thomas. There are so many opportunities for small businesses, and now there is a place for them to get away from the kitchen table” —Brandon Olsen

Looking back at the way it all unfolded, Olsen says, “We were a small web development and branding agency looking for office space. We didn’t want the risk of a long-term lease. What if we signed a five-year lease, but outgrew the space? What if we flopped? I figured there were likely other business people who felt the same way.

“I went home and designed a space with a look that I wanted to work in—bright and open, with natural light, lots of plants and a living wall,” Olsen continues. “I developed a ­website overnight, with pictures of what I envisioned, and started promoting it on social media. I put postcards in coffee shops, at the library, all the places that home workers would be, and I hosted workshops at [downtown espresso bar] so that people could find out what co-working space is, and I could find out what people would want to have in it.”

He was quickly convinced there was enough interest to support the idea, but had no idea where he might set it up. But as fate would have it, a developer saw the website and ­contacted Olsen. “He said, ‘Come and see this greenhouse,’ and it was exactly what I wanted.” 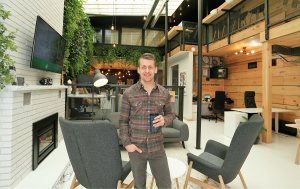 Located behind a former flower shop, the greenhouse was bright and open, with lots of natural light and the developer was willing to renovate to Olsen’s plans, which he had tweaked in response to input from the entrepreneurs he had met and spoken to.

Olsen is conscious of keeping the space affordable and low risk, and offers flexible options with month-to-month memberships that start at $85 for eight days of work time.

“Big things are happening in St. Thomas. There are so many ­opportunities for small businesses, and now there is a place for them to get away from the kitchen table. The Atrium is a social and creative incubator, and it has a great vibe—classy but not pretentious. It’s a great space for people to meet with clients, connect with other entrepreneurs or to set up a laptop and get some work done.”

Sixty-five years after Doug Tarry Sr. started designing and building homes for families in and around St. Thomas, Doug Tarry Homes
continues to be a family-run business with sons Doug and Greg at the helm.

While the company has seen ­significant changes over the years, there are a few trends that stand out as having the biggest impact, says Doug Tarry. In terms of the mechanics of building, he cites the transition to computer programs for design work and the move to energy efficiency in homebuilding.

“Computer design work has greatly enhanced the ability of all companies in the industry to create unique floor plans,” explains Tarry. “When we started, there were maybe four floor plans to choose from.”

Today, the company has 21 floor plans and structural designers who will work with home buyers who want to redesign or add features prior to the build. “We’ve been on the leading edge of energy-efficient homebuilding,” Tarry adds. “As of January 1, 2019, all of our homes will be built to net-zero standards.”

There are also different challenges that come with being a homebuilder in 2019 versus 1954.

“Managing people’s expectations in an HGTV world takes a lot of effort to do. On HGTV, everything is done perfectly in an hour—it’s not realistic” —Doug Tarry

“The level of government bureaucracy can be overwhelming at times. If we were new to the industry, it would be difficult to find a way through it. And managing people’s expectations in an HGTV world takes a lot of effort to do. On HGTV everything is done perfectly in an hour—it’s not realistic,” Tarry says.

Two years ago, Tarry rallied local industry members, tradespeople and volunteers to build a new home in honour of Johnny Noreen, a local deputy chief building official who had died of cancer in 2016. “We had more than 600 people come out over the three days, and built a house from the ground up in 39 hours,” Tarry says. When the house was sold the proceeds were given to Noreen’s young widow, Angela, and their two young children. 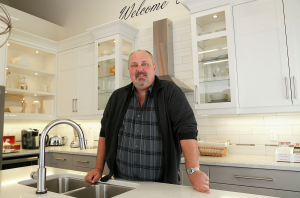 Later that year, after Hurricane Maria hit Puerto Rico, Tarry was on the ground there within 60 days to assess the needs. Working with other people in the homebuilding industry, he established Hope Agua Vita and in 2018 returned three more times to Barrio San Lorenz to help rebuild, replace roofs that had been damaged or demolished by strong winds and to teach local citizens building skills in order to make their homes more hurricane-resilient.

The group has more missions planned in 2019, which is shaping up to be a busy year for Tarry. There will be a focus on celebrating Doug Tarry Homes as it hits the 65-year milestone, and Tarry has set his sights on charitable project work closer to home. There are plans to launch the Tarry Hope Foundation this year, which will involve homebuilding in some capacity. Tarry is keeping specific plans under wraps for the time being, but it is clear he is excited about adding this new element to the family’s local legacy.