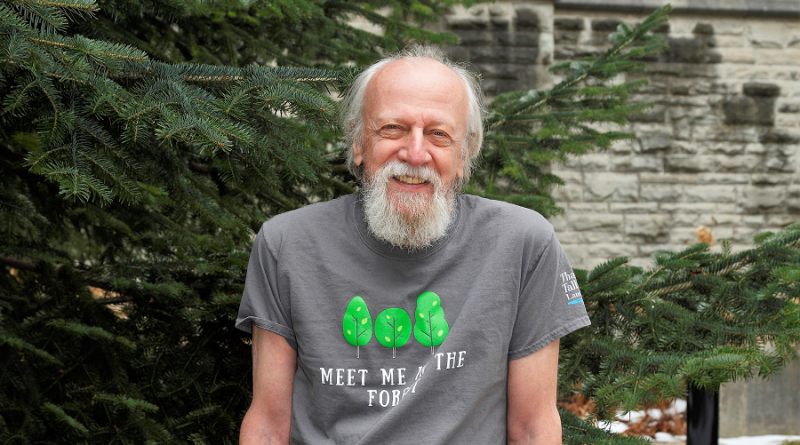 “I’ve long been convinced that the only good way that land can confidently be put aside for conservation is to own it. In the early 2000s, my wife, the late ecologist Jane Bowles, joined the Thames Talbot Land Trust, whose mission is precisely to secure land of natural value, preserve it and enhance it for the benefit of future generations.

This part of Ontario used to be wall-to-wall forest, wetlands and tall-grass prairies—it’s gone from 100 per cent to less than five per cent. We want to save what’s left, and to restore some of what has been destroyed. Wetlands are a place where water cleans itself, and some of our properties are home to at-risk species of birds.

For years, my own contribution was to drive Jane to volunteer events and help with trail cleaning and weed-pulling—and eating the treats that she and other volunteers provided to participants. The Land Trust’s first property was located near Highbury and Commissioners, but its assets have grown to include 16 parcels in four counties around London. We have identified four more properties that we want to acquire by the end of next year. That’s the focus of our ‘20-20’ fundraising campaign—20 properties by the year 2020.

My volunteer activities moved to a new level in 2009 when I became a certified chainsaw operator so that I cold contribute to the unending task of removing buckthorns and other invasive weedy trees. Upon Jane’s death in 2013, I saw it as my responsibility to ensure that her legacy to the Thames Talbot Land Trust would continue. I joined the board of directors and served briefly as chair of the Property Management Committee, a position held by Jane for many years. Then I joined the executive as secretary, was promoted to vice-president, and now, president.

As president, I serve as a broker of talents, and Thames Talbot Land Trust has no shortage of that, with over 100 volunteers and four amazing staff. But we can always use more. I think people like to get involved and contribute to something that is useful and valuable, and land trusts are a good place to do that.”

Social Capital is Presented By: