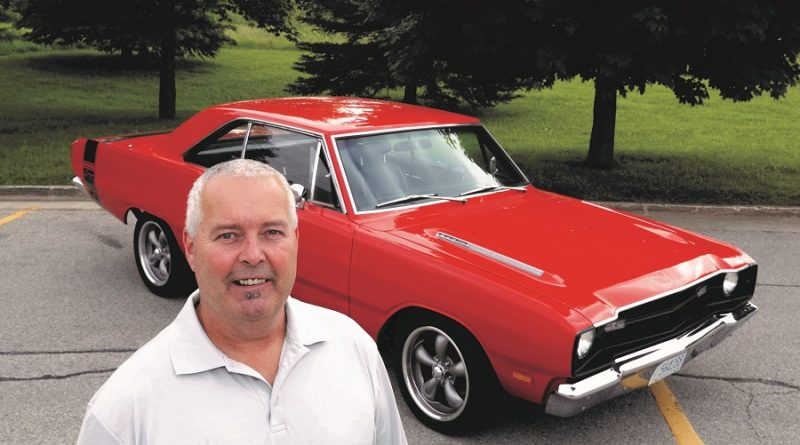 THE FIRST CAR I ever owned was the very same year and model. I bought it when I was 16, but I was never able to get it on the road. Eventually, my mom made me sell it. I sold it for $300 and then regretted it ever since.

THIS ONE I purchased about two years ago. I bought it from a car-collector friend in Dorchester. What I particularly like about it is the simplicity of design. Plus, you really don’t see a lot of them around, so it’s a little different. 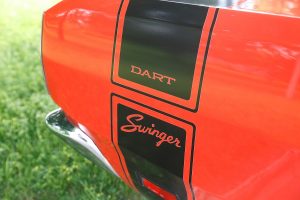 IT’S PRETTY MUCH stock from the factory. There have been a few upgrades here and there, like a front disc brake conversion, but other than that it’s pretty much original and I don’t plan on doing anything different.

IF I WAS completely honest, I’d like it to handle a little better. Being an old car, it really does handle like an old car. But as they say, Chrysler products have always been known for going straight. 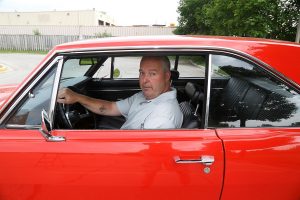 I MAY SELL it. I would really like a late-model [Dodge] Challenger SRT, so it’s time with me may be limited.