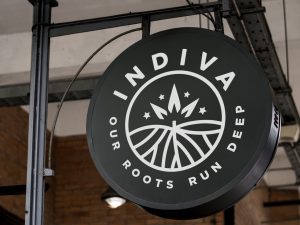 Photo: Indiva Limted has signed a letter of intent to distribute cannabis products in Quebec

LONDON-BASED INDIVA Limited announced this week that it has signed a letter of intent with Société québécoise du cannabis (SQDC) to distribute Indiva’s cannabis products in Quebec.

Indiva expects its pre-roll and dry flower products to be available for purchase upon completion of the Public Market Authority certification process, and expects additional products, such as oil capsules, to follow.

“We are delighted to bring Indiva products to la belle province,” said Niel Marotta, Indiva president and chief executive officer. “The addition of the province of Quebec, together with our existing distribution in Ontario, connects us with approximately 17 million of-age consumers, representing more than 50 per cent of Canada’s adult population. This is an important step forward in our growth strategy and signals our intent to deliver national brands and cannabis products across Canada.”

According to the company, in addition to its pre-rolls and dry flower being available at the SQDC, Indiva hopes to deliver Bhang Chocolate in December and Ruby Sugar and Salt in 2020, as the law permits. 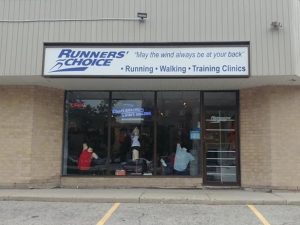 Photo: After moving to Springbank Drive less than a year ago, Runners’ Choice has closed shop

AFTER ALMOST THREE decades in business, the London outlet of Runners’ Choice has closed its doors for good.

The retailer, located at 520 Springbank Drive, announced on Facebook that it has closed as of July 20, thanking customers for their support over the last 29 years.

“We’d like to thank everybody who helped us and shopped with us along the way. But most importantly, thank you to those who became part of our Runners’ Choice family,” the post stated. “May the wind be always at your back.”

In addition to selling running and walking gear, Runners’ Choice also hosted running clinics and events. According to their Facebook page, all clinics and races will continue as scheduled through the fall season. 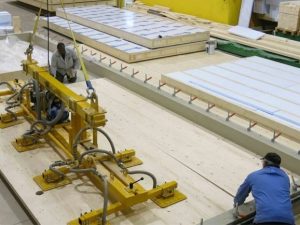 On Tuesday, John Yakabuski, Minister of Natural Resources and Forestry, announced an investment of almost $5 million in Toronto-based Element5’s new manufacturing facility on Dennis Road, which is expected to create more than 60 jobs.

The $32-million facility will be one of North America’s first fully automated cross-laminated timber plants, which will provide an environmentally friendly product that will be used to construct buildings and other infrastructure projects across North America.

Cross-laminated timber products, or CLT, are massive, solid wood structural panels provide a cost-effective and environmentally  beneficial alternative to concrete and steel in the construction of buildings from single storey to 18 storeys, across virtually every building sector.

“This is a significant investment in the Ontario forestry industry, job creation, housing, innovation and technology, and the environment in the form of green building practices,” said Element5’s Frank Dottori. “Through their generous support, Ontario and specifically St. Thomas are well poised to become the centre of the mass timber industry in North America.”

“This is one of the largest industrial developments we’ve had in St. Thomas in the last decade,” commented Sean Dyke, general manager of St. Thomas’s Economic Development Corp. “It brings a sustainable company that’s concerned about the environment and really cares about their footprint on both St. Thomas and the rest of the region.”

According to Element5, the St. Thomas site proved ideal because of the close proximity to major markets like Toronto and the U.S., and the rail spur adjacent to the plant allows timber to easily reach the facility from Northern Ontario. The company will also utilize rail to ship to ship finished product to the U.S. and eastern seaboard.

Full production is expected at the plant by December of 2020. 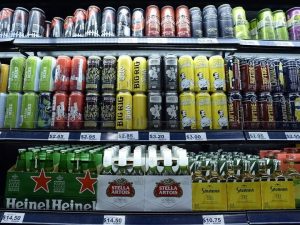 EARLIER THIS WEEK, the Ontario Chamber of Commerce (OCC) released a new report, Refreshing the Sale of Beverage Alcohol in Ontario, outlining how the province could modernize the sale and distribution of beverage alcohol to responsibly promote growth across all four categories—wine, beer, spirits, and cider.

“Ontarians want to see a more modern, convenient beverage alcohol retail system and we are closer than ever to substantive reforms to how alcohol is distributed, bought and sold in Ontario,” said Rocco Rossi, president and CEO of the Ontario Chamber of Commerce.

The report finds that, despite public support for modernization, reform is a more complex undertaking than it appears at first glance, due to the complexity of legislation and regulation involved. As the government proceeds with reforms to beverage alcohol sales, the OCC underscores the need for a comprehensive approach to avoid perpetuating inequities in the taxation and regulation of wine, beer, cider, and spirits that limit growth.

“By removing barriers and levelling the playing field,” Rossi added. “The province can unleash the potential of the beverage alcohol sector, support regional economic development, meet the needs of today’s consumer, and generate greater tax revenue to fund the public services on which Ontarians rely.”

Refreshing the Sale of Beverage Alcohol in Ontario provides the Government of Ontario with a number of timely recommendations, including:

• Alleviating tax burdens by reducing taxes on Ontario wines, aligning taxation levels for craft cider with those of craft beer, and applying a graduated tax to the current spirits basic tax.

• Cutting red tape by reducing the reporting Ontario wineries and cideries have to complete from a monthly to quarterly basis, allowing Ontario spirits and craft beer producers with a retail store to sell their products at farmers’ markets and providing airports with an exemption to allow for the sale of alcohol 24 hours a day.

• Removing antiquated inter-provincial trade barriers by allowing consumers to purchase alcohol online from other provinces/territories and producers to deliver these products to the consumer’s home.

“The power of the beverage alcohol sector to be a force for economic growth extends beyond just the expected industries,” noted Rossi. “The production, distribution, and sale of alcohol has a ripple effect that benefits agriculture, tourism and hospitality, and retail in all corners of the province.” 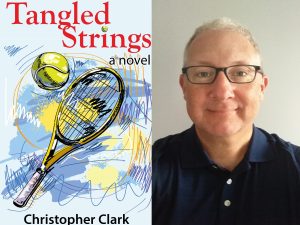 Local writer and frequent London Inc. contributor Christopher Clark will be meeting readers and signing his latest novel at Chapters, 1037 Wellington Road, on Sunday, July 28, from 12:30 p.m. to 3 p.m.

Tangled Strings is a thriller about international gambling and tennis match-fixing. “Players in small tournaments with little prize money often are approached to throw a match or a game,” Clark explains. “Gamblers pay them more than they could earn in the tournament and then win millions betting on guaranteed outcomes. It happens all the time and has proven impossible to stop.”

This is Clark’s second novel. His first, Pulling Strings, is about baseball, murder and U.S. presidential politics.