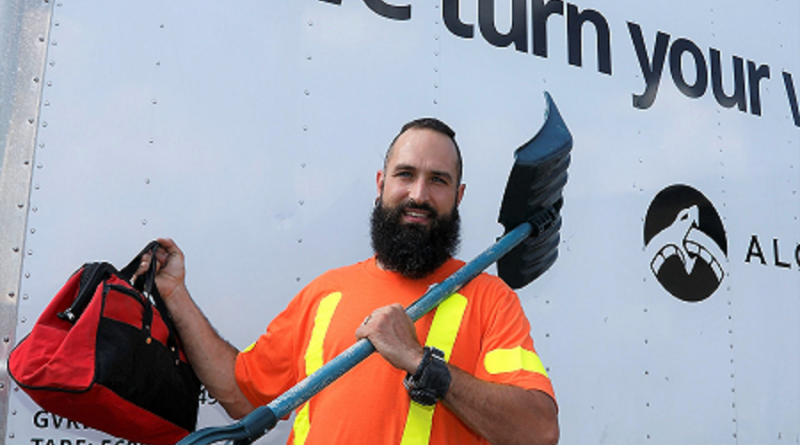 Passionate about ­minimizing waste going to landfill, a junk removal contractor strives to make the best of a bad situation

IT ALL STARTED for Justin Bardawill when his cousin gave him a 1993 Ford F-150 pickup truck back in 2009. That truck, and the desire to put it to good use, became the foundation of Alchemy Junk, an environmentally focused junk removal service.

“I just wanted something where I could be an environmentalist as well as work independently,” recalls Bardawill.

Trucks have come and gone (the old F-150 has gone to the great junkyard in the sky), but a decade later, the business is going strong, having hauled away well over a million pounds of local junk.

There’s a simplicity to Alchemy Junk’s core business—junk removal isn’t a complicated process, nor is it one where customers are seeking something new. “They want their space back,” says Bardawill of his customers’ needs.

Alchemy doesn’t complicate that. But at the same time, it’s Bardawill’s ­environmentalism that makes up Alchemy’s heart and soul. “There’s just so much waste present in the way our environment and communities are structured [and] in the way we’re ­conditioned to consume,” says Bardawill. “It’s just unavoidable.”

“We live on a finite planet. Straight up, we can’t continue to be so wasteful” —Justin Bardawill

The difference between Alchemy and other junk removal services, says Bardawill, is “our innovative sorting process and our willingness to take a little bit of extra time to be a responsible steward of material.” He says there may be a lot of junk out there, but not all of it is really junk A lot can be reused, recycled or otherwise diverted from the landfill.

Before leaving a jobsite, Bardawill shows the client exactly how much of their junk, down to the pound, is being diverted from the landfill. “I provide accurate numbers,” he stresses. “I’m not paying a consultant to provide me a with a general overview.”

Bardawill talks about this in passionate terms, in the language of someone with a mission that transcends turning a profit to some degree. But he says only a small percentage of his sales pitch to potential customers focuses on the environmental aspect.

“I can’t just wave a green flag around,” he says. “It’s just an added value that we provide for no additional cost.”

But while environmentalism might only form a fraction of his sales pitch, it’s a non-negotiable part of Alchemy’s DNA. “We live on a finite planet. Straight up, we can’t continue to be so wasteful,” says Bardawill. “We live on a planet where the walls are closing in, and ­climate change is basically forcing us to do things in a different fashion.” 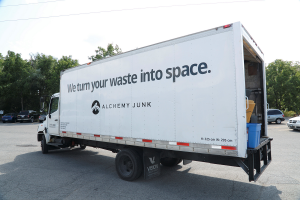 For its part, Alchemy is doing things a little differently as well. Bardawill explains that he uses a unique pricing structure based on time and weight rather than the industry standard of ­volume. Last year, 150,000 pounds of junk was diverted from landfill, ­representing about 68 per cent of everything Alchemy hauled away.

Going forward, it’s those numbers that Bardawill wants to improve. Growth has practical aspects—more staff, higher sales, more trucks—but all of it gestures back to the core ­mission of reducing the amount of waste in the world.

There is something ironic, of course, about a staunch environmentalist running a business that relies on the constant availability and production of waste. “I’m making the best of a bad ­situation,” Bardawill reasons. He doesn’t see this as hypocritical or a contradiction. Quite the opposite, actually—he sees what he is doing as a model for socially conscious business.

“Part of this is about inspiring other environmentalists,” he says. “to do something different—to take the road less travelled.”