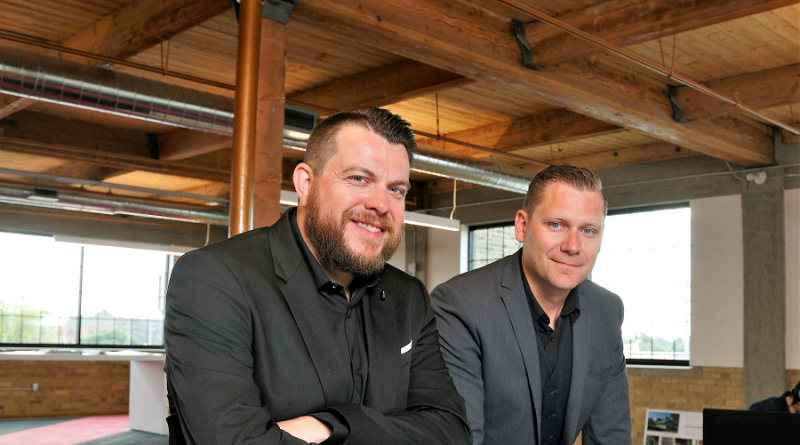 WHEN STEVEN COOPER and Phil Sharron launched Matter Architectural Studio in 2015, they had no additional staff and were working out of an office in Cooper’s basement. Four short years later, the partners have taken over 5,500 square feet of studio space on the third floor of the former Emco building in Old East Village to accommodate a team that has expanded to 11 people.

Earlier this year, the company’s growth was ­recognized with a finalist nomination for the 2019 Chamber of Commerce 2019 Business Achievement Award in the Small Business category.

Cooper and Sharron met when they worked for competing architectural firms and were thrown together to work on a project. They became friends and recognized they had a mix of complementary skills: Cooper is design-centric; Sharron’s expertise lies more in construction and methodology.

They also recognized a gap in the market they thought they could fill. Architecture is about place-making, they say, integrating aesthetics with environment and context. Who will use the space? For what purpose? From the initial design concepts and choice of materials through construction and post-build project management, Sharron says, “We set out to make an experience for people that is remarkable.”

Matter is a vendor of record for some of the city’s largest institutions, including London Health Sciences Centre, St. Joseph’s Health Care London and Western University. The firm also works with private businesses and homeowners. “Our designs have definitely resonated with our clients,” says Cooper, “but it’s also about relationships and the client experience.”

The company has also invested significantly in technology. A 3D printer enables matter to rapidly generate prototypes at each design stage. Drafting is done in 3D and the studio features a dedicated space where clients can do a virtual reality (VR) walkthrough of projects, providing an opportunity to tweak the design concept before anything is finalized. 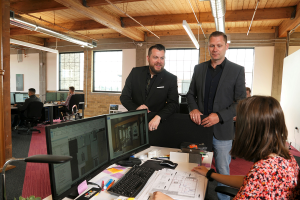 “When you look at a design on paper it can be hard to visualize,” explains Sharron. “With the advanced VR, clients can see the spatial scale, quality and materials and really feel the space.”

The company’s first opportunity to employ the new VR technology was in creating its own new office space. The design concept includes a large, bright open studio space that fosters collaboration and conversation, with private workspaces available when people need a quieter place to work.

According to the partners, the firm intentionally operates with a flat ­hierarchy and minimal bureaucracy. “This is the physical embodiment of what we believe in,” says Cooper. “We are creating situations for collaboration and happenstance—that’s how you get the best ideas—and a culture that people can thrive in.”

Matter has done work outside of London, in regional centres ­including Windsor, Toronto and Kitchener-Waterloo, and Cooper and Sharron say they plan to stay geographically close to home for the foreseeable future.

“We want to draw a comfortable circle around London to operate in,” says Sharron. “Different regions have different aesthetics. We have an opportunity to create spaces that will stand for decades, and we feel a responsibility to ensure that we do things that work with the urban fabric of each city.”