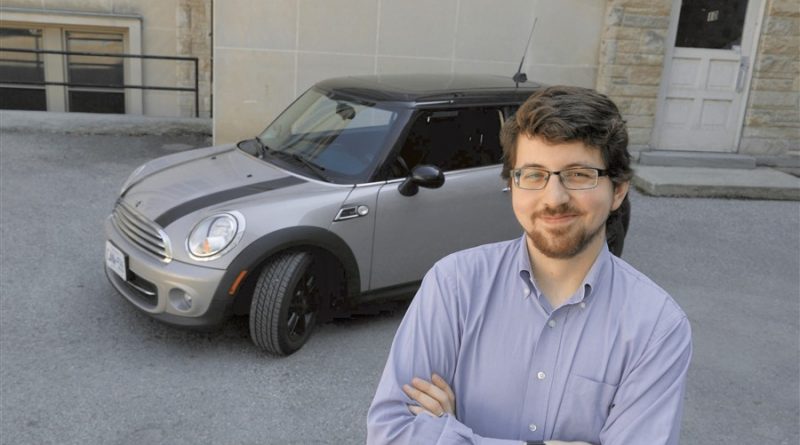 PRIOR TO DRIVING a Mini, my wife and I had a couple of pretty standard cars—a Chevrolet Cavalier and a Pontiac G5. The G5 had started to burn oil, and it was my dad who suggested that we look at a Mini. He had seen a 2009 Mini on Kijiji that he thought looked pretty good. We went and had a look and wound up buying it.

WE DIDN’T HAVE it all that long before it was totaled. It was hit from behind by a Ford pickup that didn’t stop at a stoplight. We replaced it with this one about two years ago.

I SUPPOSE WHAT I like most about the Mini is that it is a very unique car. From the exterior shape and design to interior features like the giant speedometer in the middle of the dash, there’s really nothing quite like them on the road. 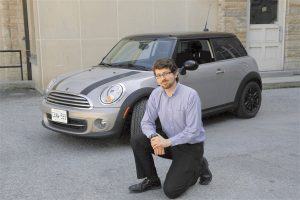 THE GAS MILEAGE is great. I commute to London from Ingersoll and only need to fill up once every two weeks.

A COOL THING about this car is that you can customize it almost anyway you want with a whole bunch of options—you can really make your own car. I haven’t done much with this one, but at some point I’d like to add rally lights and mirror caps. 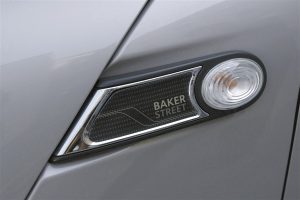 I THINK I’LL probably run it into the ground, which, depending on how the reliability goes, might be another five years or so. Even though the Mini has become more common, repairs can still be quite expensive, so I figure I’ll need to keep on top of the maintenance schedule.

I THINK IT would be great if they offered a Mini in an electric version. I’d love to get a Tesla Model 3 in the future. I’ve been following the company for a while and I find the integration of technology really interesting. I really like the fact that your car, its features and its performance updates and evolves over time.