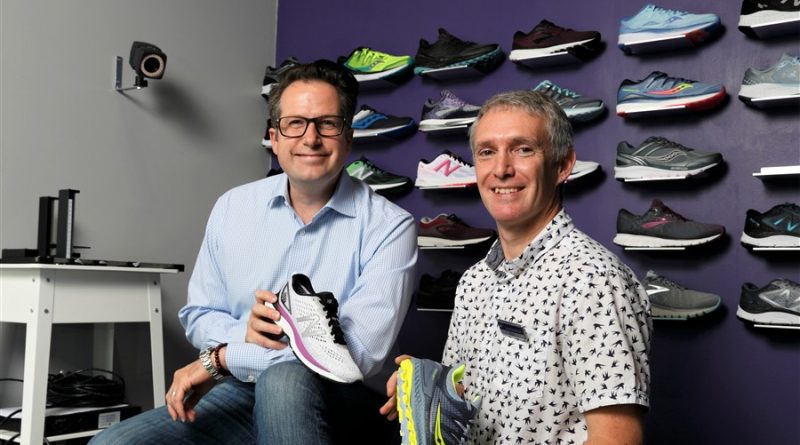 Acquiring the Runner’s Choice brand, SoleScience expands its lineup and level of expertise

That’s where Colin Dombroski read in July that Runners’ Choice was closing, a year after leaving downtown for Springbank Drive. Reaction among London’s running community was universally somber. For 29 years, owner Brian Hagemeier had made his business a hub for runners, organizing clinics and races in addition to stocking specialty brands.

For Dombroski, the situation had a slight déjà vu feel. In the summer of 2018, there was a similar reaction among long-time customers of J. Seigel Footwear when third-generation owner Jeff Seigel announced his retirement.

“We will have a dedicated room for runners with research treadmills and specialty brands that are new to us. We will serve Londoners in a way they haven’t seen before” —Colin Dombroski

That’s when Dombroski was about to move his pedorthist and custom orthotics business, SoleScience, to a sparkling new home on Maitland Street. He purchased the Seigel name and branded his all-new retail venture Seigels by SoleScience.

“For nearly two decades, there were two places I referred patients to the most, Seigels and Runners’ Choice,” Dombroski says. “So, when I saw Brian was closing, I called him.”

As he did the previous summer, Dombroski bought the business name. The result is the newest addition to the SoleScience suite of services, a dedicated Runners’ Choice room with an expanded lineup of shoes and a level of expertise that customers of both businesses have come to rely on and expect.

One difference this time around is that Hagemeier will join the SoleScience team and continue serving runners’ needs. 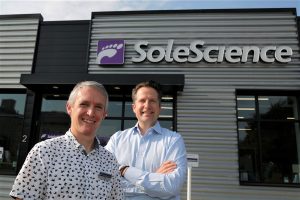 “I’m happy to say Brian is joining us. We will have a dedicated room for runners with research treadmills and specialty brands that are new to us,” Dombroski says. “We will serve Londoners in a way they haven’t seen before.”

There will be more brands but also a wider range of sizes in those brands. “Anyone can sell a shoe,” he says. “But we are the place to find a woman’s 5 AA or a man’s 15 EE.”

The SoleScience philosophy is to help healthy people who want to remain healthy, whether they’re training for a marathon or getting in their steps every day. It is known for its custom orthotics, but that’s not the answer to every ailment, and Dombroski takes pride in his staff’s knowledge and ability to analyze the precise approach for each challenge.