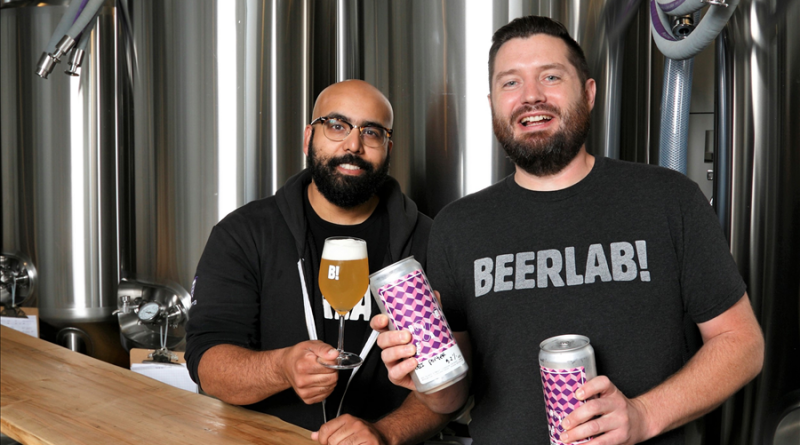 Adil Ahmad and Nick Baird, co-owners of Beerlab!, talk about getting out of the garage, downtown dynamics and the never-ending clean

NICK BAIRD AND Adil Ahmad are the founders and co-owners of Beerlab!, a nifty little brewery and drinking hole on Talbot Street, next to Milos’ Craft Beer Emporium. It features seven taps that rotate through the duo’s ever-changing brews. They take the lab part of their name seriously and experiment with all kinds of recipes.

Baird went to East Elgin Secondary School in Aylmer and later to Fanshawe College for culinary and restaurant management; Ahmad went to London Central Secondary School, then graduated from medical school at Western. He did his residency at Dalhousie University, and is a family doctor in addition to playing an active role in Beerlab!

They began brewing together in 2011, initially in Baird’s garage, and formed Beerlab! in 2014. They sold their beer at Milos’, where both have worked at various times over the years. They opened on Talbot in the spring. The space has 29 seats inside and 14 on the patio. They serve wine as well, along with snacks prepared in a kitchen space shared with Milos’. There are two other employees.

Beerlab! kind of grew up this summer, ­moving into your new place with more of a retail focus. How did that go?

Starting in late 2017, we began renovating a former jewelry shop into a brewery and taproom. Maintaining ­momentum with our contractors and tradespeople within an overarching bureaucratic framework proved challenging at times. However, we ­overcame these hurdles.

We received lots of good advice and support from others in the brewing industry, both in London and throughout the province. The opening of our brewery and taproom, which features to go sales, has been well received. This gives us both a sense of satisfaction and gratefulness.

In your lab, you’re mad scientists, constantly creating new brews. Is there a danger of not offering something a customer finds and really likes?

Beerlab! strives to offer a consistent mix of quality beers, both in-house and to-go. Beer is diverse, so we balance our offerings to inspire its exploration. We hope this keeps it fresh for our community of patrons with whom we share our ideas of what might be possible. 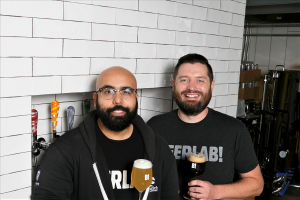 What are your most popular products?

Our hoppy pale ales and IPAs have proven most popular, with farmhouse-inspired ales being a close second.

The downtown core is undergoing a dynamic, exciting change. As a business, it’s far too easy to fall back on established industry trends, best practices, hunches or even your own emotions when making decisions in response to this changing environment. Beerlab! is and always will be about brewing quality beer, and we remain steadfast in doing so. We feel this is central to our brewing ethos.

Brew days begin at 6 a.m., and typically take 10 to 14 hours, including a double brew into our fermenters, followed by cleanup. The remainder of our time is spent in day-to-day operations, beer cellaring and packaging, and staying on top of materials ordering for upcoming brews—and even more cleaning!

We both really enjoy sharing our beers with patrons and exploring the bounds of modern brewing.

Not having enough beer to provide to a wider audience of people.