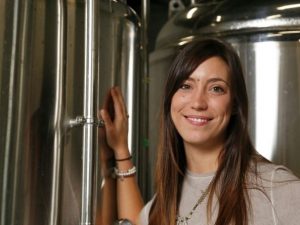 GREEN ECONOMY LONDON has announced the recipients of its inaugural Green Project Grant. On The Move Organics and Booch Organic Kombucha will share a $5,000 financial award provided by the London Community Foundation for sustainability projects.

On the Move Organics will use their portion of the awarded funds to install a hoop house—a passively heated greenhouse where they grow various organic salad greens and native plants on raised beds and will utilize rainwater for watering will on the site adjacent to their facility. This is part of the organization’s fossil fuel reduction strategy.

“Every business decision is analyzed for its impact potential, and we have a proven history of prioritizing sustainable actions that demonstrate our commitment to ecological sustainability,” said Jeff Pastorius of On the Move Organics. “We are grateful to have this opportunity through Green Economy London and the London Community Foundation to create a very visible and tangible showcase of our priorities.”

Booch was awarded funds to install a diaphragm pump into their brewing process, which will save them roughly 3,000 litres of wasted product per year. This opportunity was discovered through a food waste audit performed in August 2019. It is estimated that the project will save Booch over $20,000 per year with a payback period of less than two weeks. This translates to a savings of five tonnes of CO2e/year and 8.3m3 of water/year.

“There is a limited amount of resources that the planet can give, and we believe it is our job to make business decisions that do not leave the planet in a lesser state,” said Booch owner, Shannon Kamins. “Green Economy London helped us get funding to identify where we had waste and we are happy to make changes to reduce it.”

“We hope these projects and other projects implemented by our members will inspire the greater business community to make sustainability a priority,” added Green Economy London’s hub manager, Marianne Griffith. “We’re very grateful to have the support from the London Community Foundation, that recognizes the urgent need for emission reduction project implementation.” 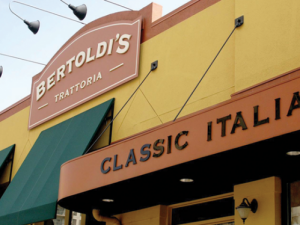 Photo: Bertoldi’s Trattoria has been sold to the Obsidian Group Inc. and will close on November 23

AFTER ALMOST TWO decades in business, Bertoldi’s Trattoria at Richmond and Pall Mall streets will shut down this weekend.

Owner Bob Di Fruscia says the timing was right to move on. “It was just time,” he said. “We had an offer. I’m 72 years old and it’s just time to move on. I’ve got two grandkids. There’s a lot of things I want to do. The restaurant business takes a lot of hours.”

According to DiFruscia, the location will continue to be a restaurant, but he is not aware of which of the Obsidian brands will occupy the unit.

DiFruscia, along with his brother Dino, also owns the Dolcetto, an Italian restaurant on Colonel Talbot Road. The brothers also operated McGinnis Landing and the Oarhouse on Wonderland Road until the restaurants were closed late last year. 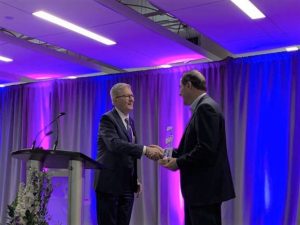 AT A GATHERING on campus yesterday, Western University and the Royal Bank of Canada announced they have partnered to establish a program focused on the ethical and social aspects of data analytics and artificial intelligence (AI).

RBC’s $3-million investment has established The RBC Data Analytics and Artificial Intelligence Project at Western, a program aimed at expanded Western’s ongoing cross-disciplinary work in the fields of data analytics, an area the school sees as critical to the digital economy.

“This investment is a catalyst to help Western provide tomorrow’s leaders with the skillset they’ll need to navigate a world full of data and find solutions to the challenges they will inevitably face during their careers,” said Alan Shepard, president of Western University. “We’re excited to be partnering with RBC to help provide and promote training of 21st-century talent that’s not only technically proficient, but also ethically and socially aware.”

The project consists of a series of integrated components, including courses, scholarships and design thinking programs aimed at creating meaningful opportunities to help students establish the skills, experience and networks they need to successfully start their careers after graduation, including potential work-integrated learning and internships.

“Collaboration between industry, government and academia will help to drive the future success of Canada,” added Bruce Ross, group head, technology & operations at RBC. “Artificial intelligence and data science are transforming our world today, and we see a huge opportunity to partner with WesteAaaaaarn, a leading university, to prepare the next generation of talent with the knowledge, skills and experiences needed to drive that success.” 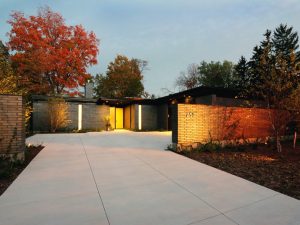 “The Urban Design Awards is a chance for us to recognize the important connection between good urban design and a city that is creative, engaging and attractive,” said Britt O’Hagan, manager, city building and design for the City of London.

A new addition to the 2019 Urban Design Awards was the People’s Choice Award. Londoners had a chance to cast their vote for their favourite entry in all categories to determine the winner. “The addition of this new award felt like a good way to engage our community in the recognition of what is happening in their city,” said O’Hagan. “With almost 1,000 votes for this year’s winner, we were excited to see the high level of input from our city.” 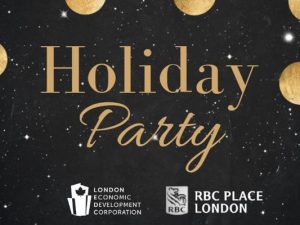