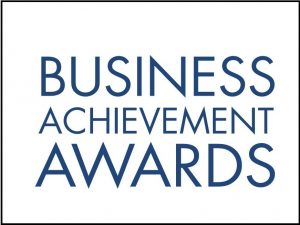 Photo: A total of 24 firms have been named as finalists for the London Chamber’s 2020 Business Achievement Awards

THE LONDON CHAMBER of Commerce has announced the finalist firms for the 2020 Business Achievement Awards.

Marking its 37th year, the BAA program has been recognizing and celebrating business excellence in London since 1984 and is the largest business awards gala of its kind in Canada.

In December, a total of 49 companies were announced as nominees across nine categories, and that list has been honed down to the following 24 finalist firms. Winners are unveiled at the 2020 Business Achievement Awards Gala on March 25 at RBC Place London.

Business of the Year – Large Company

Business of the Year – Medium Company

Business of the Year – Small Company 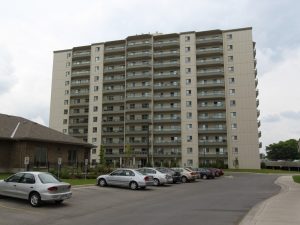 ACCORDING TO THE results of the annual Canada Mortgage and Housing Corporation’s Rental Market Survey (RMS) conducted in October 2019, London’s purpose-built apartment vacancy rate declined to 1.8 per cent, down from 2.1 per cent the year prior and sitting at the lowest level in almost two decades.

Released this week, the RMS pointed to a number of contributing factors for the historically low levels, including robust population growth in the London CMA boosted by strong net migration levels, particularly immigrants and non-permanent residents, which include international students.

Not surprisingly, the historically low vacancy rates have also led to rent price gains in average rents for most apartment types. The fixed sample average rent for the benchmark two-bedroom apartment unit increased 4.9 per cent this year to $1,107 (the average price for a new two-bedroom unit entering the market is $1,213). Fixed-sample average rents for one-bedroom units rose at a slightly stronger rate, while bachelor unit rents increased at the lowest rate.

In terms of geographical areas, the strongest growth in two-bedroom average rent was reported in London East, though rent levels in this area remain the lowest in the CMA regardless of bedroom type.

The survey lists a total of 654  purpose-built rental apartments completed in London in the 12-month period to June 2019, but because the survey accounts for demolitions, renovations and conversions of existing stock (and excludes seniors’ and student housing units), the net increase was pegged at 387 units.

The CMHC expects tight rental conditions and rising prices to continue in London for the foreseeable future, though new projects in the pipeline may ease the gains. CMHC estimates that about 1,500 rental units are under construction and will be added to the London CMA market over the next couple of years. 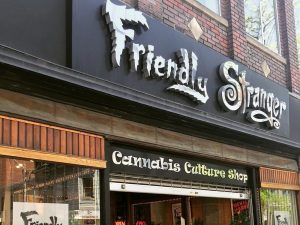 A FAMILIAR NAME in Ontario’s cannabis culture, Friendly Stranger, announced this week it has granted trademark licenses for the use of its brand to six Ontario retail license holders and will open new cannabis retail locations early this year, including a London unit at 1135 Richmond Street.

Established as pot paraphernalia store in Toronto’s Queen West neighbourhood, Friendly Stranger has been on the front lines of cannabis advocacy since it opened in 1994.

The London location is just a few steps from the Western University gates in a commercial plaza just north of Broughdale Avenue. The retail license holder, Noah Soberano, secured the license in the second round of the Ontario pot lottery last summer, prior to the province announcing it was axing the pot lottery retail store system and moving to an open-market system.

Friendly Stranger has been leasing the Richmond Street retail space for more than a year.

“Friendly Stranger has an aggressive growth strategy and opening the doors to cannabis retail locations that are licensed to carry the Friendly Stranger brand is only the beginning,” said Friendly Stranger Holdings Corp. president, James Jesty. “Supporting lottery winners to run legal and successful businesses under our trusted trademarked brand will allow us to do this. We will work closely with the store owners to ensure that community integration and education are top priorities.”

Last August, cannabis producer 48North Cannabis Corp. announced it had made a strategic investment of $1.25 million in Friendly Stranger. 48North entered into a preferred partnership initiative that guarantees 48North a presence in all existing and future Friendly Stranger retail locations, a commitment to stock 48North products without listing fees, co-branding opportunities and a number of other strategic collaborative initiatives. 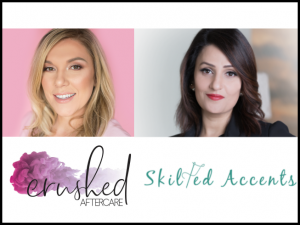 Photo: Charissa Floriancic and Kay Habib are finalists for the national 2020 Mompreneur Award of Excellence

TWO LOCAL MICRO-BUSINESS owners—Charissa Floriancic of Crushed Aftercare and Kay Habib of Skilled Accents—have been named as finalists for the 2020 Mompreneur Awards.

Handed out at the 2020 National Mompreneur Awards and Conference taking place March 27 and 28 in Toronto, the Mompreneur Awards are presented to Canadian female entrepreneurs based on a criteria-based points systems surrounding innovation, commitment to community, growth and scalability, leadership and dedication to family. 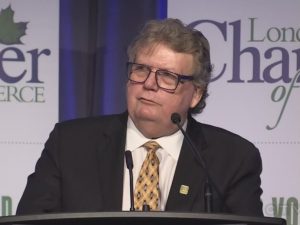 The London Chamber’s State of the City Address is held annually and is a one of a kind event to mark the beginning of a new year. It sets the tone for both mayor and city council as they set out to tackle the important issues that face our municipality. It has become a must-attend event for the London business community drawing an attendance of over 1200 people.