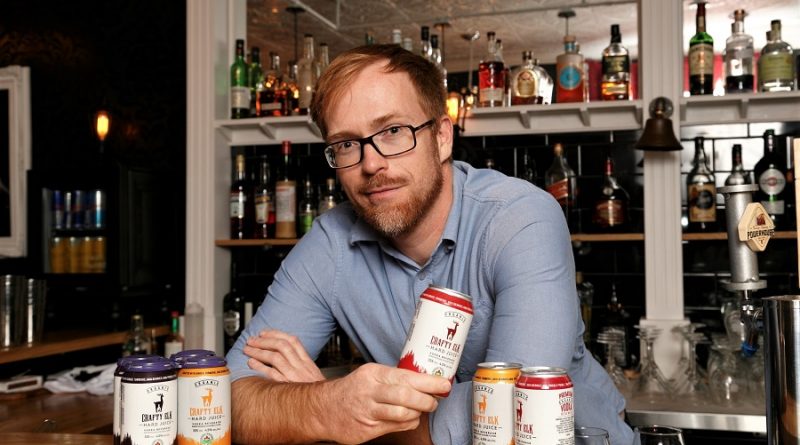 With an easier and much more accessible crowdfunding process in place, Crafty Elk turns to the masses to scale up

GREG GILLILAND MIGHT be the only person to put a Bernie Sanders quote in his pitch deck. “Real change never occurs from the top on down,” the quote, from the leftie American politician reads. “Always from the bottom on up.”

Unexpected, yes, but it perfectly encapsulates how Gilliland wants to raise money for his line of hard juice, called Crafty Elk. More importantly, it says a lot about who he wants to attract as investor — regular, everyday people, rather than monied venture capitalists.

Crafty Elk was launched in 2017 with a simple idea: a fresh, juice-based cocktail made with fresh ingredients, full stop. “Other people hand you, basically, a pile of chemicals,” Gilliland said in an interview with London Inc. last year. “We hand you a fresh garden.” 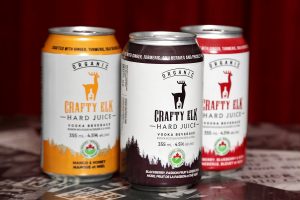 At that time, Crafty Elk was trying to attract investors to its crowdfunding equity campaign — a self-contained way to raise money from investors without a listing on a public stock exchange.

Now, they’ve taken that even further, lowering the ­investment threshold so that anyone with at least $100 to invest can buy a piece of the company (down from $3,000).
Between the lower minimum investment and a simplification of the investment process, Gilliland believes they can attract a new demographic of investor. “We didn’t realize that the shareholder agreement was too difficult for the everyday investor to read through,” he says.

They’ve overhauled that process to the point where, “You, as a person, can click on ‘invest,’ click on ‘buy shares,’ and it will take you about a minute-thirty to fill out your share investor agreement.”

That may seem like a small and technical adjustment — but it’s one that Gilliland believes makes a world of difference in attracting the kinds of investors he wants to be part of Crafty Elk and, in turn, the kind of culture the company creates around itself.

“There’s somebody out there who can’t get a job, and yet we make it almost impossible for startup companies to get capital” —Greg Gilliland

“The thing is, the elite bankers of the world, they’ve done really well over the years, [but] they don’t really want the general public to invest a lot of money,” he says, channeling a certain Sanders-esque energy. “This puts the power back into people. It validates people. It creates more democracy.”

High-minded thinking, to be sure, but Gilliland insists he’s not out to burn the house down — just to try to make the business world a little more accessible to people.

“There’s somebody out there who can’t get a job,” he says, “and yet we make it almost impossible for startup companies to get capital.”

The concept has been validated in a bombastic way by another beverage company, the Scotland-based beer company BrewDog, who count 120,000 people as investors in the company. A big part of the inspiration for Gilliland and Crafty Elk is the culture that creates. BrewDog didn’t get there because they have the best IPA in the world or because they deliver the best margins —they got there by focusing on people and making them feel part of something bigger.

Lest anyone think he’s straying too far afield, all of this also helps Crafty Elk produce the best cocktail possible. Owning a piece of the company gives investors a chance to provide input on new flavours and to help shape business direction.

In its last crowdfunding equity round, Crafty Elk pulled in around $650,000 in funding, which Gilliland called “not bad.” They’d like to see that number increased and believe getting more people involved is the key to doing so.

“If I could wave my magic wand, I would love to have ten thousand shareholders at $100 each,” he says. “We know that ten thousand investors becomes twenty thousand, which becomes forty, becomes eighty.”

As it builds toward that future, Crafty Elk has also taken on a new partner in John Parlow, founder of Pulp & Press Juice Co. and, more recently, Whistling Dick’s Barber Shop in Old East Village. He and Gilliland connected based on his background in the juice sector and are hoping to tap that experience as Crafty Elk expands its retail footprint south of the border.

“This really is the unicorn investment of craft cocktails,” Gilliland says. “It’s a chance to get in early. So why go out and spend your money on lottery tickets and pipe dreams?”