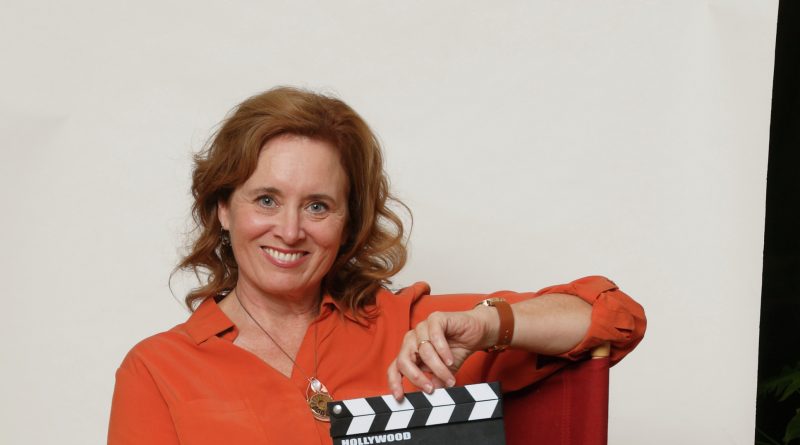 Dorothy Downs of the Forest City Film Festival talks about year-two growth,
the power of story and turning inspiration into action

DOROTHY DOWNS IS executive director of the Forest City Film Festival, an event she founded last year. The second annual event takes place October 26 to 29, with screenings at Wolf Performance Hall and Imagine Cinemas in Citi Place, and a variety of industry sessions and gala events also on tap.

Downs has lived most of her life in London. She sold real estate for several years and then pursued her passion for acting. She acts, produces and directs. She has been married for 29 years and has two teenage boys.

She rides her bike and plays squash when she’s not putting together film projects of some kind. “Some of my most profound personal growth has come from the right play or film at the right time. I believe stories are a vital part of the human experience and I love being a part of it all.”

Congratulations on the second year of the festival. How was it different organizing this year compared to the inaugural year?

The inaugural year was quite a bit smaller than this year and I put it together while working full time in another job. This year, it has been my full-time job. It has almost doubled in size and, therefore, in complexity. Learning the rhythm of the tasks that need to be done to bring it all together as it grows has been a big job. This year, people know a bit of what to expect and the challenge is to raise the bar that we set last year just a little higher.

How many films are in this year’s festival? How does that compare to 2016?

This year we have 46 films, which is 20 more than last year. We also have a screen writing competition, with a live table read of the winning screenplay, and a new short animation category. We have one more day, one more venue and a richer program of industry events. We have eight more programs of films for the audience to choose from. There are a lot more moving parts.

Films must have a connection with Southwestern Ontario to be included. How broadly do you define such connections?

It is actually quite broad. We are looking for any member of the key creative team to have spent a significant amount of time in the region. By key creative we mean writer, director, producer, sound design, director of photography, lead or significant supporting actor. Significant time could mean they grew up in Southwestern Ontario or went to university or college here or moved here for work for a few years.

Your idea to create a local film festival came when you were helping your son produce his film, right? When was that original inspiration?

I was executive producer on a short film that my elder son wrote, directed and starred in when he was 15. We submitted it to film festivals and he got accepted to Raindance Film Festival in the other London. Going to that top-10 independent film festival was an inspiration that turned into action after I discovered we were the only city of our size that didn’t have a long-running and successful film festival. That was in 2015.

How did film and theatre become such an important part of your life?

My father took me to the Grand Theatre and Stratford from a very young age. He was a musician, and I grew up listening to string quartets in our living room every Sunday evening. The arts were a part of my upbringing. As an adult, I was drawn to it while at the same time being drawn to business. For me, stories of the stage and screen have helped me understand my path and overcome personal demons and challenges.

What is the budget for this year’s festival? Where do you raise the money?

Our budget is just over $100,000. We raised a bit less than a third from municipal and federal governments, a bit more than a third from sponsors and we anticipate a third from the audience. The London Arts Council has supported us since the beginning and now Heritage Canada is pitching in. Start.ca and Lerners are back as key sponsors for the second year, and Old Oak Properties and Labatt have joined us as key sponsors this year.

How many people viewed at least one film during last year’s festival? What are your hopes for this year?

How do you and your board select films to include?

We have a fairly large selection committee made up of film buffs, filmmakers, film scholars and average people. They screen the films and rate them in 10 categories. Those ratings are averaged and the top 10 or 11 shorts, short docs and short animations and the top three features and feature documentaries are chosen that way. Those are our official selections. Those are then sent to our panels of industry experts who are the judges of each category and they choose the winners with the same rating system.

What volunteer positions are available during the festival?

We need people on concessions, as ushers and on the box office during the festival weekend. During the course of the year we need people on the various committees to help bring it all together.

What did you see at TIFF that stood out?

This was a really good year for films at TIFF. Three Billboards Outside Ebbing, Missouri is masterfully written with exceptional performances. Aaron Sorkin’s directorial debut, Molly’s Game, was great! Witty, clever, engaging. The Square, winner of the Palm d’Or this year, was very odd yet really engaging. I only took four days this year, so seeing a large number of films was a challenge. Those three were my favorites of the nine films I saw.