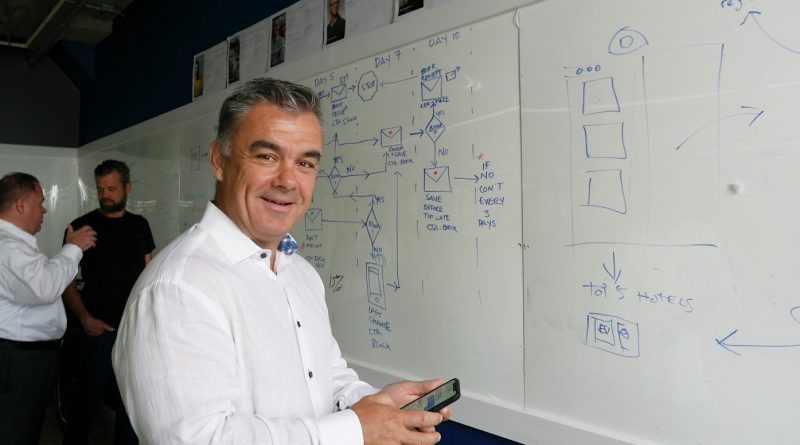 Evolving from Room Roster, EventConnect brings together ­organizers,
participants and hotels for events across North America

THERE’S A REASON our TV screens are flooded with constant ­entreaties from the Trivago Guy, Captain Obvious, the Trip Advisor Owl and many more. Getting the best deal on a hotel room can be more complicated than booking your own connecting flight from Toronto to Vancouver to Auckland.

No one knows that more than Jason Parker, who left London in 1992 and spent more than two decades working in the event management sector in the U.S. For many years, he was executive vice-president of PrimeSport, an early entrant in the lucrative ticket, travel and hospitality business. It connects fans with sporting events of almost any kind.

Parker returned to London nine years ago, and by 2013 was ready to launch a new venture, based on his experience at PrimeSport.

“I was going to kids’ hockey tournaments and realized pretty quickly the people organizing the tournaments could use technology and a good interface to make the entire experience better for everyone,” Parker says. “The amateur sports field had been neglected.”

So, he teamed up with Arcane to develop Room Roster, a free app that helped tournament organizers and teams travelling to those tournaments book hotel rooms at the best possible price.

“We’re offering real value for hotels. Something like Expedia
is driving one or two reservations at a time for one or two
nights. We’re delivering 15 to 20 rooms for the length of a tournament” —Jason Parker

Arcane co-founder John D’Orsay came on board quickly and today is vice president and chief technology officer of the company, which shares the downtown Cube with Arcane, but is now an independent entity, employing 55. The other partners are Arcane’s Eric Vardon and veteran businessman and investor, Don Roussy.

Reacting to user feedback, the app grew to include tools to manage an entire tournament.

Now the company is transforming itself, with a new name and much broader ambitions. EventConnect will connect organizers, cities, participants and hotels for events of all kinds across North America.

At the simplest level, it will manage hotel inventory and offer it at the lowest available prices to users. That’s not easy to do, but Room Roster has spent five years developing connections that allow the company to acquire hotel inventory without the markups so common in the industry.

Beyond that, however, EventConnect will give organizers tool for registration, data management and even economic impact studies for their individual event. And best of all, it’s free. Payment comes from hotels, in a model comparable to financial institutions paying mortgage brokers for delivering customers.

“We’re offering real value for hotels,” Parker says. “Something like Expedia is driving one or two ­reservations at a time for one or two nights. We’re delivering 15 to 20 rooms for the length of a tournament. We’re acquiring rooms in volume, and that gives us the best prices for our users and also fills rooms for the hotels.”

The moment a team registers for a tournament on the EventConnect site, it receives room listings with prices below market level. “If you’re the hotel, you get a big group booking 60 days ahead. It’s a positive situation for everyone,” Parker says.

As part of the transition this summer to EventConnect, the company is releasing Caravan, an app for tournament participants to see their bookings, get information about the tournament and receive targeted ads for food and beverage discounts during the event.