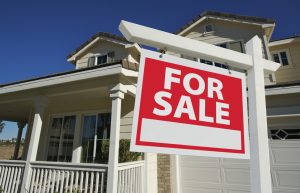 THE LONDON AND St Thomas Association of Realtors (LSTAR) announced that 923 homes were sold in August, up 2.2 per cent over the same time last year. August 2018 marked the second best August for home resales since LSTAR began tracking sales data in 1978. August 2016 holds the record, with 999 home resales.

“It was a very strong summer for home resales, with August achieving very solid numbers,” said Jeff Nethercott, 2018 LSTAR president. “Resale activity has performed high above the 10-year average, despite low inventory, which the marketplace has experienced all year. The average sales price continues to rise: it was $378,511, up 18. Per cent from August 2017. When you go back five years, that’s up 54.2 per cent compared to August 2013.”

“Average home sales price may be up across the region, but we continue to experience a 10-year historical low in inventory,” Nethercott said. “In August, there were 1,535 active listings, down 12.6 per cent from this time last year and down 57.6 per cent from August 2013. The sales-to-new listings ratio was 85.1 per cent, which the Canadian Real Estate Association says represents conditions in the marketplace that favour sellers―a ratio between 40 per cent and 60 per cent is generally consistent with a balanced market. 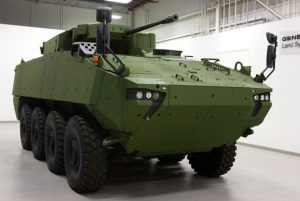 THE CITY’S DEFENCE sector has been battered this week, with two area suppliers announcing layoffs.

General Dynamics Land Systems-Canada (GDLS-C) laid off 28 temporary contract positions on Tuesday at London’s Oxford Street plant. Most of the job losses on were in engineering department.
According to Doug Wilson-Hodge, manager of corporate affairs at GDLS-C, the layoffs are part of a “normal business cycle,” and have nothing to do with trade or tariff issues with the United States or the recent Canada-Saudi Arabia spat over comments on human rights from Canadian federal government officials.

In 2014, GDLS-C landed a $15-billion deal to supply armoured vehicles to Saudi Arabia.

On Wednesday, armour-maker Armatec Survivability announced it was slashing up to 50 workers at its Dorchester plant. The manufacturer lost a contract with a supplier to the U.S. Marines, providing armour kits for a fleet of amphibious vehicles, forcing the layoff of about half its workforce.

Armatec supplied Science Applications International Corp. in Virginia with armour kits to be applied to the Marine Corps’ assault amphibious vehicle personnel carrier. The Marines cancelled that order as it has decided to stop re-armouring older vehicles and focus instead on buying new, replacement units.

According to city figures, London and region boasts about 45 companies and 12,000 skilled workers in the defence sector. 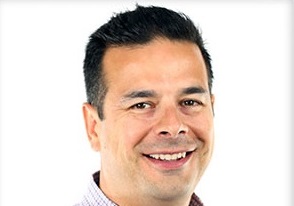 MIKE BALDINELLI, A founding partner and president of engineering firm Strik Baldinelli Moniz Ltd., has passed away, the victim of a drowning incident over the Labour Day weekend. He was 45 years old.

Baldinelli’s body was discovered about 7 p.m. Saturday after being thrown from a boat earlier in the day in Bird Lake near Bracebridge, where he and his family had recently purchased a cottage.

An OPP dive team recovered his body. Police have released few details about the drowning.

In a statement on the firm’s website, senior partners Aaron Strik and Kevin Moniz said, “Mike was a loving husband and best friend to his wife Susan, and a caring and loving father to his two children Patrick and Alexandra. Mike was our president, mentor and cherished friend―truly an extraordinary man. Our staff members and clients were like family to him, and his relationship with each and every one of them was special to him. He worked tirelessly to mentor our staff members, not only in their technical abilities, but also as stewards in the community. Though his shoes will never be filled, we will continue to move forward to honour his legacy, and make him proud of the business he built.”

A memorial service will be conducted on Saturday, September 8. 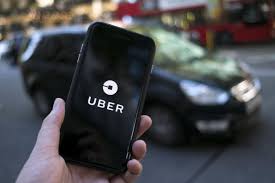 LONDONERS WILL HAVE an opportunity to voice their opinions on proposed changes to the city’s vehicle-for-hire bylaw on Tuesday.

The public participation meeting will take place at the community and protective services committee next Tuesday at 4 p.m.

The public will have the opportunity to weigh in on potential changes to administration and licensing fees; the application process; fares, including the ability for brokers to set fares; vehicle requirements, including the age of vehicles; and the removal of a cap on accessible and regular plates.

Late last year, the city’s taxi industry raised concerns about a steady loss in business, saying that their business has fallen by 40 per cent since Uber was given the go-ahead by council. 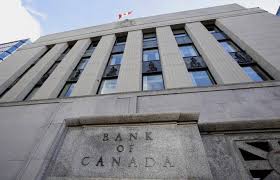 THE BANK OF Canada (BoC) kept its trendsetting interest rate steady at 1.5 per cent this week, but appeared to keep the door open to a possible rate hike at its next meeting on October 24.

Higher interest rates “will be warranted to achieve the inflation target,” Canada’s central bank noted in a statement accompanying its rate decision.

The bank added it is “monitoring closely” the evolution of the current NAFTA talks, which resumed today in Washington.

“An October rate hike looks highly likely if, as we expect, we have the makings of a NAFTA deal by then,” Avery Shenfeld, chief economist at CIBC Capital Market, wrote in a release to clients shortly after the rate announcement.
Economists had widely expected the BoC to keep rates on hold in September after raising rates in July and January of this year.

Although consumer price inflation climbed to three per cent in July, which is above the BoC’s target of two per cent, the central bank noted that the increase appeared transitory and driven largely by costlier airfares amid high gasoline prices. Inflation should move back toward two per cent in early 2019, it said.