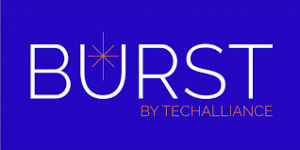 During the event, Fragiskatos announced that FedDev Ontario is providing TechAlliance with an additional $440,000 to continue BURST and enable another cohort of 10 start-ups to receive seed funding, skills development opportunities and mentorship. This announcement was made on behalf of the Navdeep Bains, the federal minister of innovation, science and economic development and minister responsible for FedDev Ontario.

The announcement builds on a previous FedDev Ontario contribution of $1.32 million to launch BURST, which has supported 30 companies over three cohorts and attracted over $5 million in investments to advance technologies associated with the companies. It’s estimated that a total of 54 full-time jobs will be created as the businesses mature.

“The first three cohorts of the BURST program have been a tremendous success through the tireless efforts of our entrepreneurs, who have brought their ideas through development to market, delivering on BURST’s promise of changing life science entrepreneurship in London,” said Marilyn Sinclair, TechAlliance president and CEO. “The continued support of our funding partners FedDev Ontario and the London Medical Network are essential in expanding the foundation of our city’s life sciences economy.” 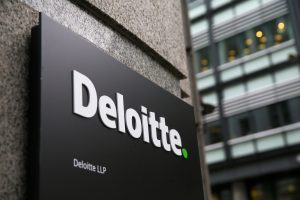 Voices.com, Diply, Arcane and Big Viking Games have been included on the 2018 North America Technology Fast 500, and Diply and Race Roster were ranked on Deloitte’s Technology Fast 50 list, marking the achievements of Canadian technology companies.

Voices.com’s CEO, David Ciccarelli, credits his firm’s growth (287 per cent between 2014 and 2017) to a continuously increasing level of demand from both the supply and fulfillment sides of the voice-over marketplace. “Our team’s unwavering commitment to creating the platform where the world finds its voice has been the main driving force of our success,” said Ciccarelli.

Race Roster’s CEO, Alex Vander Hoeven, credits his company’s growth (1,191 per cent between 2014 and 2017) to delivering what customers are asking for through innovative solutions. “The team has found its stride and is truly delivering exceptional customer experiences. We view each of our clients as partners and share responsibility in their efforts to succeed.”
To view the 2018 North America Technology Fast 500 list, click here. 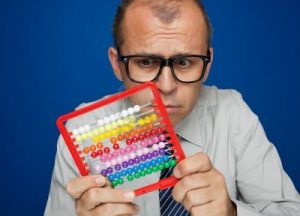 LONDON HAS SCORED near the bottom in a just-released report grading the financial presentations of major Canadian municipalities in their most recent budgets and financial statements.

According to a new report from the C.D. Howe Institute, titled Show Us the Numbers: Grading the Financial Reports of Canada’s Municipalities, baffling financial presentations hamper councillors, ratepayers and voters seeking to hold municipal governments to account. Authors William B.P. Robson and Farah Omran criticize nearly all of Canada’s larger municipalities for numbers that are obscure, misleading and just plain late.

“I often tell my students in public finance: Don’t be embarrassed if you can’t understand city budgets. It’s not you–it’s them,” said Robson, president and CEO of C.D. Howe Institute.

This report grades the financial presentations of major Canadian municipalities in their most recent budgets and financial statements. Of those assessed, London, Saskatoon and Calgary scored a bottom-of-the-pack D-minus grade. Toronto, Durham Region, Kitchener, Quebec City, Longueuil and Montreal fared even worse, scoring a failing F-grade for providing little information in reader-friendly form. Surrey landed atop the scorecard, garnering an A-plus for clarity and completeness of its financial presentation,

Among the major flaws in the financial accountability of the cities with the bottom marks were budgets that use different accounting than financial statements, making what should be simple comparisons of plans to past results, or results to past plans, hard or impossible; burying of key budget numbers deep in budget documents where readers cannot easily find them, and may not recognize them if they do; and budgets voted on after the fiscal year has already started, and financial statements released six months or more after the year had ended. 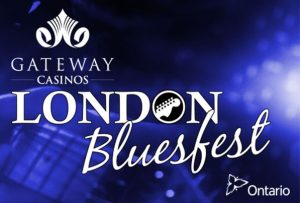 UNLESS SPONSORS STEP up, London’s Bluesfest may have played its final gig.

According to promoter Ron Schroeyens, owner of PA Shop Productions, unless organizers find a way to inject more money into the festival, the plug may be pulled on the fledgling four-day festival at Harris Park.

Schroeyens revived London Bluesfest in 2016 after its collapse in 2013. The first year it was held in Victoria Park as a free festival, then shifted to Harris Park the last two years in a layout similar to the successful Rock the Park, which enters its 16th year in 2019.

Schroeyens said the festival sold an average of 800 tickets a day this year, fewer than the 1,200 complementary tickets handed out most days and well below the numbers organizers had hoped for. This year’s acts included Sheepdogs, Foghat, Colin James, Blue Oyster Cult and others.

“This was never about making money, it was always about supplying great music to the people of London,” is the message posted on the event’s website. “But financially the festival needs to break even to continue.”

Get your fiscal house in order with a look at the economic factors beginning to shape 2019.