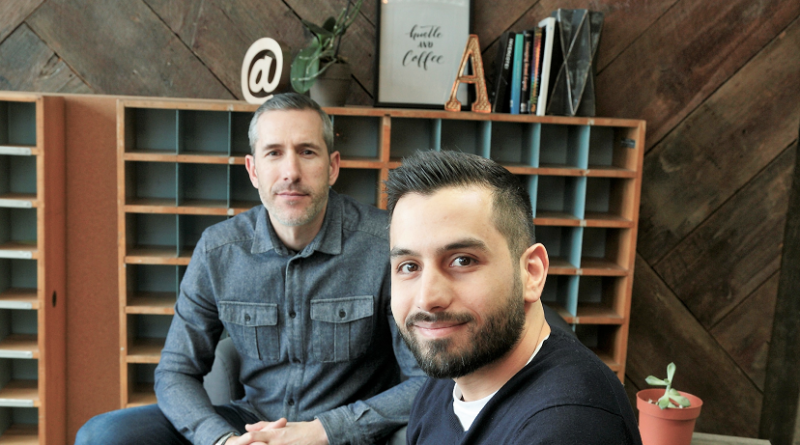 THE ARCANE CUBE may be a temple of technology, but it’s by no means a church. And yet, its 90 or so employees have something in common with the disciples who followed Jesus.

As told in the book of Luke, when the disciples caught no fish after trying all night, Jesus told them to try one more time. “When they did this, they caught a great number of fish, and their nets began to tear.”

Since 2011, Arcane has used technology to boost its ­clients’ sales, billing itself the “original digital-first agency.” To ­capture information, it sets digital nets, a mix of ­homemade technology that collects, organizes and analyzes the ­information to help its clients.

In the last few years, their nets began to tear. There was simply too much information coming in to be handled as it had always been handled. And thus was born Morphio, an artificial intelligence solution to ­manage vast streams of data.

“If you have creative people working with clients, you want them to spend their time being creative and talking to those clients—not spending hours keeping up with social media accounts and other repetitive tasks” —Eric Vardon

“If you have creative people working with clients, you want them to spend their time being creative and talking to those clients—not spending hours keeping up with social media accounts and other repetitive tasks.”

So says Eric Vardon, a man with many hats, the latest that of the co-founder of Morphio. It is a spin-off of Arcane, from which Vardon stepped back last year. At that time, he and Arcane co-founder John D’Orsay passed day-to-day management to Lindsay Schneider and Dave Bunce, CEO and COO respectively. Speaking cryptically then, Vardon said he was going to concentrate on commercializing some of Arcane’s custom software, “that often goes unnoticed.”

Morphio is the manifestation of that plan. To make it ­happen, Vardon teamed up principally with Nima Mirbakhsh, who earned his computer science PhD from Western in 2015, four years after arriving in Canada from Iran. He has worked with Arcane, developing the machine-learning technology at the heart of Morphio.

“The software monitors data and looks for patterns and anomalies,” Vardon explains. “It provides information ­immediately for the humans in your office to act on. It ­prioritizes their time, so everything is more efficient.” 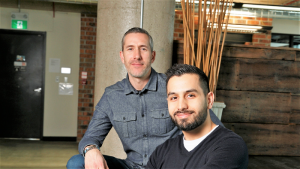 The “AI-driven prediction platform” is meant for ­small- and medium-sized marketing companies and departments. “It’s for sophisticated businesses already invested in digital tactics, spending $1,000 to $10,000 a month,” Vardon says. “It’s not for Joe’s Shoe Shine.”

It’s also not designed to replace human beings. The product tagline, “Let Morphio help your humans,” gets at the concept. “If you have three people in an office doing IT, they spend a lot of time aggregating data and maintaining things,” Vardon says. “You want them doing other things.”

A starter plan is $99/month and allows for a single user. For $299, it expands to five users. The premium plan is $499/month and incorporates 25 users. All prices are in U.S. ­dollars.