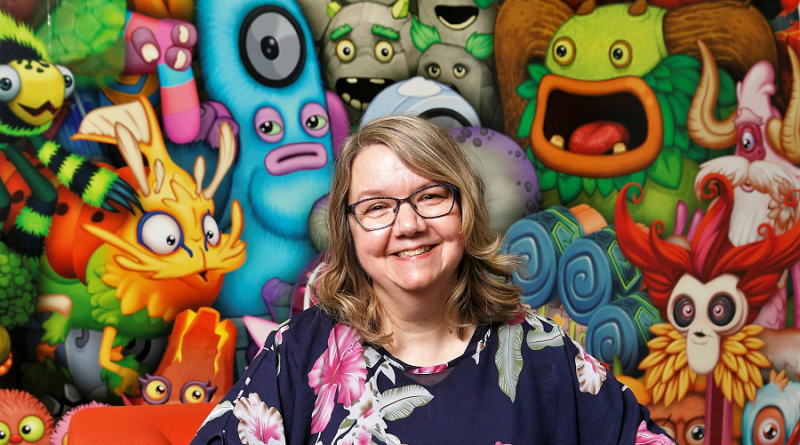 Marking 15 years of fun and games, Big Blue Bubble punches above its weight in a multi-billion-dollar market

IT’S 2:30 ON a typical weekday afternoon, and Big Blue Bubble’s spacious office smells like a movie theatre. The popcorn machine is doing its thing, coaxing many of the company’s 70 employees from their workstations. Many stop at the coffee bar, where barista Dragica Vidovic is making her second one-hour appearance of the day. Working with Starbucks-appropriate equipment, she makes everything from lattes to frappuccinos, remembering individual orders and filling personal tumblers.

It fits the cliché feel of a video game office, until suddenly it doesn’t. When popcorn time is over and everyone has a fancy coffee, the office could pass for almost any kind of corporate enterprise: workstations, multiple screens, muffled conversations.

For 15 years, Big Blue Bubble has operated this way, against the prevailing hard-charging tech company norms. It has created a team environment where solo superstars don’t really fit in. It has grown steadily, not wildly, avoiding the common cycle of boom and bust in the tech world. Along the way, it has created more than 100 games, some among the most popular in the world, one of which will soon be a TV show with licensed toys to support its launch.

The apparent dichotomy between tech-company intensity and buttoned-down office protocol is better described as a blend of styles personified by the two people who have nurtured the company from day one.

Growing up in Croatia, Damir Slogar was hooked on video games early on. Before he got his first computer—a ZX81, for the record—he played basic TV games like Pong but spent a fair amount of his childhood sneaking into bars to play arcade games like Space Invaders, Frogger and Pac-Man.

“I knew I wanted to do that for the rest of my life,” says Slogar. “Those experiences had a lot to do with how Big Blue Bubble came about. In the early 2000s, the game industry was already based on relatively big teams and large games that would take a year to develop. We wanted to develop games that would be smaller in scope so the team could always be excited about the new game.”

Claudette Critchley did not grow up playing games. Even today, after 15 years at the head of a gaming company, she hesitates before allowing that, yes, she is a gamer. “A casual gamer is the best way to put it. Damir is an experienced gamer; I’m not.”

Nevertheless, after graduating with a computer science degree from Western, she went to work at Sandbox Studios, a small game studio that changed hands and closed a few years later. She was there three years before stepping back in 2003 to have a son. While there, she met Slogar, who had emigrated to Canada with wife, Renata, in 1999.

“We became very good friends,” says Slogar. “When Renata and I decided to start Big Blue Bubble, the first thing on our mind was getting Claudette on board. We had quite different backgrounds, but we both had a pragmatic approach and always saw eye-to-eye when it came to running the studio, hiring talent or developing the games.”

They created Big Blue Bubble in May, 2004. Slogar owns it; Critchley is co-founder and chief operating officer. They started by hiring two programmers and one artist. By the end of the first year, there were a dozen employees. After two years, nearly 20.

They began by developing small games for the burgeoning mobile games market. “That was a huge challenge,” Critchley recalls. “People had flip phones with tiny screens and very little computing power. And every phone behaved differently. You had to program for every platform, every difference.”
There were no apps back then. These were games that came with the phone. If you liked them, great. If not, oh well.

The company has always focused heavily on mobile games, although it has made games for consoles and other platforms. The most notable change as BBB has grown is not the games themselves. Those, of course, have changed to be beautiful and more complex. The difference is the structure behind the scenes.

Early on, the company made games for others. And even when those others were companies like Disney requesting a Muppets game or Milton Bradley asking for mobile versions of its board games, BBB was producing for someone else. Today, it controls its own games and concepts. It’s a more lucrative and satisfying arrangement, an achievement every bit as significant as a 15th anniversary.

When you own your own games, you can field calls from the producers behind The Angry Birds Movie who want to turn your hit game, My Singing Monsters, into an animated TV show. The agreement is two years old, and things are still progressing, albeit more slowly than the BBB folks might like. “We’ve closed several deals with toy companies to bring our characters to retail as early as this summer,” Slogar says.

My Singing Monsters debuted in 2012 on various mobile platforms and has become the company’s biggest hit, with hundreds of millions of users. A sequel in 2015 propelled the game and its characters further. There are as many plush monsters hanging around the BBB office as there are people. A Twitch TV channel broadcasts a My Singing Monsters series every Friday, giving fans a look behind the scenes with game developers.

Monsters did not appear from nowhere, however. Before it came Jewel Quest, an early hit on simple mobile phones. Home Sweet Home created a new genre of house decorating games. And Burn the Rope was a mega-hit 10 years ago, with more than one million downloads in its first 24 hours.

While the Monsters franchise garners a lot of attention, the studio is about to release Concert Kings, which like Monsters is a music-based game. Last year, Wrecking Squad offered killer animation of 3D puzzles.

Also last year, BBB moved to its current office—17,000 square feet at 100 Dundas Street, up from 13,000 square feet at its old home and on one floor instead of two. “Really important for us,” Critchley says. “We work collaboratively. Two floors makes that difficult.” 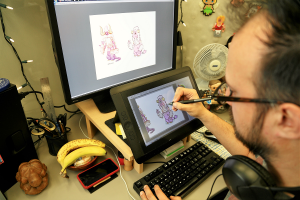 The only person not headquartered in the new place is Bryan Davis, senior vice president of business development. He’s in San Francisco, providing BBB with a crucial link to Silicon Valley. It’s fine to toil away making games in London, Ontario, but you need to be present in the epicentre of the gaming industry. Davis arranges for the ads that play within BBB games, the primary revenue source in the relatively new ‘freemium’ gaming world. He also organizes the company’s own ad campaigns for its suite of games.

The Silicon Valley office is not about acquiring talent. Critchley says BBB can find virtually everyone it needs from the pool of Western and Fanshawe grads.

Gaming isn’t just for teenagers in the basement and hasn’t been for a while. If you have a cell phone, you probably play games, even if it’s just a word game while waiting to pick up your daughter from dance. In that environment, Big Blue Bubble has racked up 15 years of success, providing a panoply of games for every style and taste.

When its signature title hits TV soon, that success will only grow.