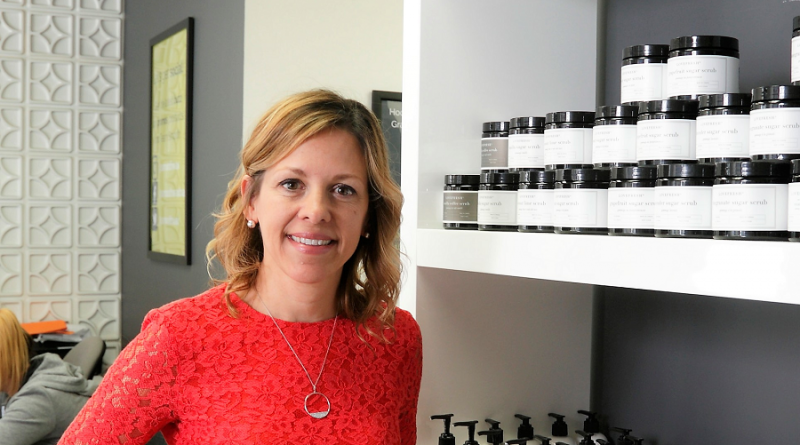 Photo: Sandy Weir has expanded Smooth Wax Bar to three locations, two in London and one in Toronto

DO ONE THING and do it well. When Sandy Weir and her business partner, Joanne Sweeney, first opened Smooth Wax Bar on Richmond Row five years ago, that was their mindset.

“Our staff specializes in waxing, they are masters of their craft,” says Weir. No other salon services, just quick, high-quality body waxing—and that is still what Smooth delivers.

But while the business mission hasn’t changed since 2014, other things have. Weir is now the sole owner of the ­company, which has expanded from one to three locations—two in London and one in Toronto—and from nine to 26 staff (Weir is proud to note that the firm’s first waxologist and the original manager still work with the company).

The Smooth Wax Bar outgrew its original space and moved from the east to the west side of Richmond Street (just north of Central Avenue) in August of 2017. “The space we had was cramped, with five treatment rooms, staff rooms and storage,” explains Weir, adding that the addition of 400 square feet and a full basement for storage has made a huge operational difference. “We still have five treatment rooms, but they are larger, and the staff room and common areas are a lot more spacious.”

“When you first start there is no manual, but we have a playbook now and over time we’ve been able to solidify it. Now we are actively looking to expand” —Sandy Weir

“Interestingly, we have many clients who move to the Liberty Village area upon graduation from Western. We also have a lot of students who are from Toronto, and when they go home they continue to visit [the Liberty Village] Smooth even if they live in other areas of the GTA,” says Weir. “Our brand recognition was stronger than we expected.”

With the downtown London location catering to large numbers of students, it made sense to Weir to open her third Smooth Wax Bar on campus at Western University. That unit, located in the UCC building, opened in September 2017.

“Western students have been incredibly loyal to Smooth and being on campus makes it more convenient for students to pop in between classes. For those who live close to or on campus, it saves them the bus ride downtown.” In addition, Weir says there has been an unexpected demographic audience—university faculty and staff, as well as employees of University Hospital, often pop in over the lunch hour or after work.

Smooth’s waxologists can remove hair from pretty much any body part, says Weir, and 85 per cent of revenues are generated by those services. “We are not a heavy product-selling ­business; we focus more on service.” The retail products Smooth does carry have evolved over time to a curated selection of all-natural and handmade items, sourced either in Canada or from foreign companies that adhere to high ethical standards that include fair wages, and mainly from companies that were founded by female entrepreneurs.

While the firm’s overall client base tends to skew to younger females ­(average age is 30), clients range in age from early twenties into their sixties, and 20 to 30 per cent are male. “Our loyal clients are a huge part of our ­success. Eighty per cent of our appointments are returning clients, which we are very proud of,” says Weir. “Word of mouth is absolutely our biggest driver.”

Weir says it is likely she will open more corporate-owned locations in Ontario. “When you first start there is no manual, but we have a playbook now and over time we’ve been able to ­solidify it. Now we are actively looking to expand but have no firm plans. There is definitely room for expansion in Toronto.”