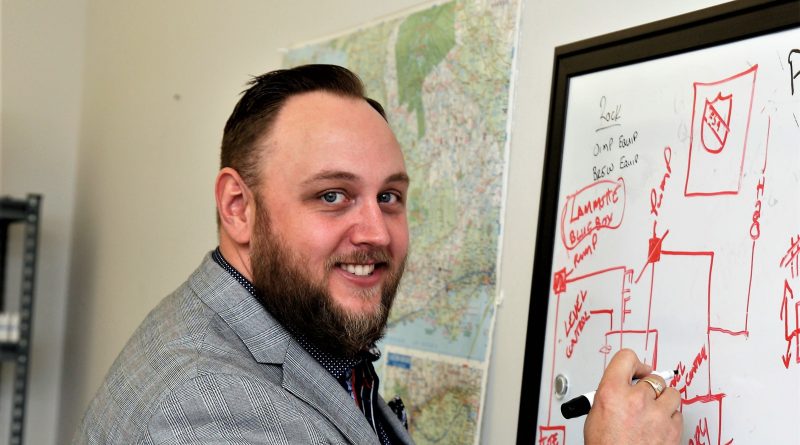 In each issue, we ­highlight the continuing ­advancements of our 20 Under 40 program alumni and 20 Under 40 Foundation supporters. This month ­features Adam Brock, 20 Under 40 Class of 2017

ADAM BROCK HAS been focused on food production safety for 18 years, first working for his father’s company, Adept Chemical Technology, then opening his own, Food Safety Alliance (FSA), in 2015 following his father’s death.

FSA also designs and installs chemical systems for both organic and non-organic food processors. Its clients include meat, poultry and food ­processing plants, dairies, breweries and other beverage plants across Canada.

“The food industry is a massive business dollarwise, but the community is tight, so word of mouth is huge” —Adam Brock

Up until a year ago, Brock was solely in the business of food safety ­consulting services and the sale of FSA products, which were used by clients’ onsite staff or contract cleaners.

“The food industry is a massive business dollarwise, but the community is tight, so word of mouth is huge,” Brock explains. “The problem was that when something was red-flagged during daily internal testing, there was a lot of finger-pointing but no way to determine who was responsible—the ­cleaning product or the cleaner. We decided to vertically integrate by ­opening Sanitation Co. to strengthen accountability and compliance. For companies, using both FSA and Sanitation Co. builds in controls and positively impacts their budgets.” 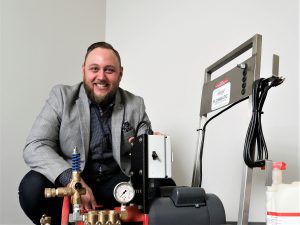 “When we take over a new plant, we generally hire existing employees or cleaners and retrain them,” he says. “We pay $2 to $3 an hour more than the competition and offer benefits.

“FSA and Sanitation Co. don’t share staff, but we do share expertise and training,” Brock continues. “Generally, sanitation is done after hours, but we have FSA staff who are there during the day when the equipment is running. They know the systems; if there are problems, those experts can be called in to investigate.”

So far, Sanitation Co. is operating only in Southwestern Ontario, but Brock has plans to expand nationwide over the next 24 months. Additionally, he is poised for growth for both FSA and Sanitation Co. this fall as cannabis edibles become legal.

“We deal with any company that produces ingestible product,” he says. “Those manufacturers will have to meet all of the same food safety requirements and regulations.”