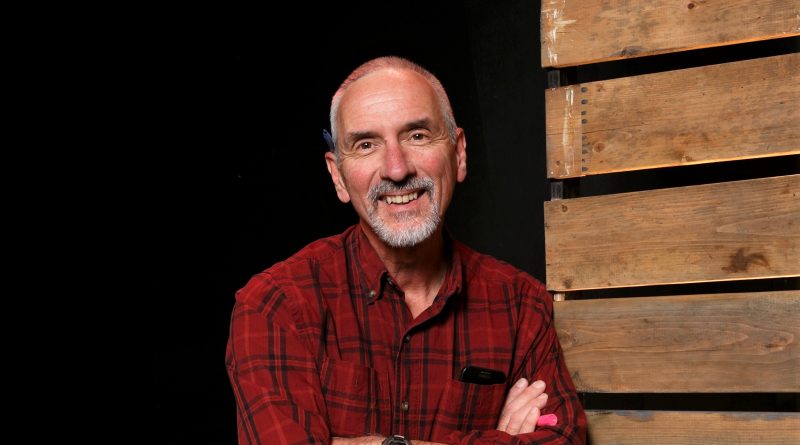 Simon Joynes, artistic director of the Port Stanley Festival Theatre, chats about the ins and outs of his career

SIMON JOYNES HAS been artistic director of the Port Stanley Festival Theatre since 2005. Born in England, he came to Canada at age 10 and grew up primarily in Halton County. He studied at East Tennessee State, University of Toronto and the Ryerson Theatre School.

Joynes, 61, is married to Daniele Guillaume, who is the theatre stage manager. They have a daughter. He gave up acting about 15 years ago but still writes and directs at least three shows per year.

The PSFT summer season launched in late May and runs to early September. The theatre will employ about 50 people all told this summer.

When he’s not working, Joynes coaches youth track and field. He is a triathlete and also likes to sail. Given his level of activity, it’s not surprising that, “food is also of interest.”

Can we assume the start of your season every year brings a mixture of excitement and relief?

It’s always a relief to actually get started on the season and to get back into the rehearsal hall once again. There is excitement of course and anticipation, although it’s tempered somewhat by fear. I mean, what if nobody comes?

What do you do the rest of the year to prepare for the summer?

In the off-season we do all the planning and programming. We put the ­marketing plan in place. We fundraise, we submit grant ­proposals, we solicit donor and sponsor support. We deal with budgeting, strategic planning, design consultation and we cast the shows. It’s actually a very busy year-round process.

How and when did you become interested in theatre?

Probably at about the age of 10 or 11. My parents were both involved in community theatre and I got cast in some Christmas pantomime shows pretty early on.

You have a loyal group of enthusiastic ­supporters. What’s something even they may not realize about the job of artistic director?

I suppose the scope of the administrative workload, and the fact that, on occasion, plunging a toilet can be part of the job description!

How did the $2-million renovation, completed two years ago, change things?

It allowed us to up our game, by which I mean it allowed us to produce bigger shows, to improve the quality of the work onstage and to engage more full-time staff, which has had a huge impact. We have a really solid team in place and a board of governors which has been re-vitalised by the expansion. 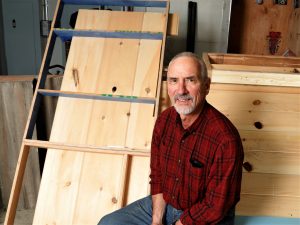 Seeing my first play, Mini Putt, produced as a playwright. Directing my first show, which was Steel Magnolias, in Parry Sound in 1992. Acting in a superb production of Our Country’s Good, at the Sudbury Theatre Centre.

Describe your average ­workday when the season is in full swing.

It varies a little depending on if I’m in rehearsal or not. If I’m rehearsing, I’m generally in the office by about 8:30 a.m. to keep on top of admin stuff before we start rehearsals at 10 a.m. I’ll try and get out of the building for a walk and a breath of fresh air at the lunch break, and then back into the hall until 5 p.m. or 6 p.m., depending on how it’s all going. I’ll stay in touch with work by email or text in the evening if needed, but staff generally keep things moving smoothly. In rehearsals, we’re six days a week, but otherwise it’s pretty civilized.

Hearing people laugh and knowing that you’ve been part of providing a much-needed escape for your audiences.

Having those same ­audiences voice their ­disappointment if they haven’t enjoyed the work. Oh yeah, and that ­aforementioned toilet-­plunging thing.