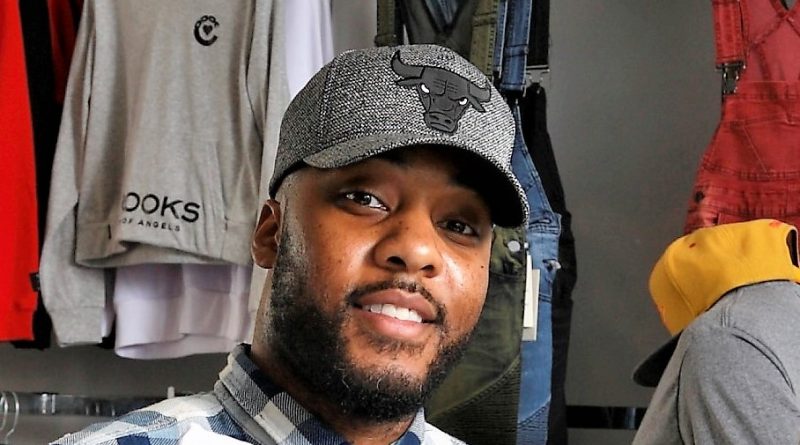 With The Jumpoff London, King N. Jerome has fostered community to fashion growth. He’s betting he can do it again in the Railway City

IN THE SIX-AND-A-HALF years he’s been running The Jumpoff London, King N. Jerome has seen his Midtown neighbourhood, as well as the city as a whole, go through plenty of changes.

He remembers the days when Dundas Street was often maligned for its rougher elements, often “overlooked” or seen as a place that people simply pass through going to or from Old East Village.

For a retail store—especially a streetwear store that traffics mainly in hipness—it might seem like a tough spot to be, and Jerome admits that it hasn’t always been easy to get foot traffic in a location where people rarely thought to go to window shop.

But slowly, Jerome has worked to build a loyal community around his store, and in the process has helped strengthen the entire neighbourhood. He’s happy to be there and sees potential in similar places around the city that are often overlooked. He was an integral part of the campaign to get Midtown recognized as a district in the city and says his work as a small business owner is closely connected to his ambitions as a city-builder.

In fact, The Jumpoff London is a store whose existence seems inseparable from its surroundings. It sits in close proximity to two of the city’s biggest high schools—Central and Beal—and Jerome often works with kids from the schools, using them as models for social media postings. He has also tapped the artistic skills of Beal Art students to paint murals in his shop, which he says “immortalizes their work” and helps him create, shape and support his brand.

“It’s very difficult for kids to access pieces like what we carry unless they’re shopping online” —King N. Jerome

Jerome credits at least part of the store’s success to building these relationships early, and being a store where trend-seeking teenagers are welcomed.

“It’s very difficult for kids to access pieces like what we carry unless they’re shopping online,” he says, stressing the importance of situating his business where his clients are. “A lot of those kids don’t have vehicles.”

Now, Jerome is hoping to find a second success with a recently opened St. Thomas store called The Jumpoff Saint’T. Situated in the downtown core and steps from St. Thomas City Hall, it, like its Midtown London counterpart, might seem like an unexpected place for an urban ­streetwear store to put down roots. Jerome, however, sees it as an opportunity to be ahead of the curve in an up-and-coming community. 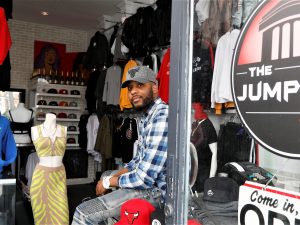 “It’s a growing network, it’s a growing ­market,” he says, likening St. Thomas to peripheral communities surrounding major cities that develop identities all their own.

“In my six years [in London], I’ve watched home prices increase dramatically,” he says. “What you’ll find is, just like in a metropolis like Toronto, house prices increase and people start moving out to the fringes.”

His bet is that this trend will grow the market for ­streetwear clothing in the St. Thomas area, and that he will be able to build the same kind of community he’s built in London.

“There’s nowhere to go to buy the items that would give you that type of feeling—that trendy look,” he says. “Those kids have to wait until they go to a city like London to get them. It’s an underserved area. St. Thomas has nothing like what I offer.”