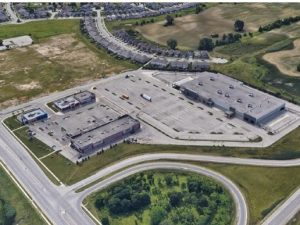 Photo: A new ActivityPlex complex is slated to open in the Summerside Shopping Centre in 2020.

ACTIVITYPLEX, A MULTI-FACETED facility that offers a wide range of activities for kids under one roof, is setting up shop at 1305 Commissioners Road East, a big-box site vacated by Rona in 2013.

ActivityPlex is billed as a one-stop shop for kids’ activities, including piano lessons, dance, gymnastics, tutoring and food-and-beverage services. The business, which is owned and operated by a GTA-based real estate holding company, constructs the facility and leases space to independent operators. The company has one established operation in Burlington, and another under construction in St. Catharines.

According to ActivityPlex representative Adam Jacobson, the parent group purchased the Summerside Shopping Centre site, including space leased by neighbouring retail and food operations, and will serve as landlord for the existing businesses and look to fill additional available space. The 15.41-acre site was purchased for $11,250,000.

The ActivityPlex complex is slated to open in 2020. 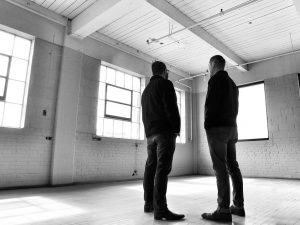 Located near the near the former McCormick plant site, Emco left the building in 2017 after it constructed a new, 30,000-square-foot office on Oxford Street East.

Matter is currently renovating their planned studio space as part of a total overhaul that will see the landlord design space for additional businesses to move to the location.

Established in 2015 by co-founders Steven Cooper and Phil Sharron, the Matter partners say the new space will support the growth of the firm and provides the opportunity to create their own “remarkable” space.

“We needed to make sure our new studio could not only facilitate our growth but continue to align with our unique approach and passion for creating remarkable architecture,” Cooper stated. “The moment we set foot in the loft of the former Emco building at 1108 Dundas Street, we knew that we had found exactly what we were looking for.

“As architects, we are able to see the vision and it has been clear from the ﬁrst glance that this space and the building in its entirety has so much potential,” continued Cooper. “We’re happy to be the catalyst for unleashing it and excited to inspire others with the incredible design of our new studio.”

“All things combined, the decision to become a part of Old East Village was very clear,” added Sharron.  “Our vision has always been to have a presence in the community that is properly aligned with our brand values and goals and that provides us with the opportunity to make meaningful contributions.  This move, and being a part of this incredible neighbourhood, is aligned with exactly that.”

The firm is currently in the process of moving into the space, with finishing touches to take place over the course of the summer.

“OEV has become a destination” noted Cooper. “It’s growing and has a vibe and energy like no other.  We’re thrilled to be here and to be a part of this continued transformation.” 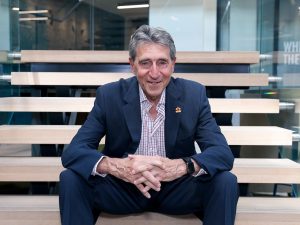 THE ONTARIO CHAMBER of Commerce announced yesterday that GoodLife Fitness founder and CEO David ‘Patch’ Patchell-Evans will be the 2019 Lifetime Achievement Award recipient at the Ontario Business Achievement Awards (OBAAs), being held on Thursday, November 14 at the Beanfield Centre in Toronto.

The OBAA Lifetime Achievement Award is given to a proven achiever and strong contributor to Ontario’s economy—a pioneer in their defined business industry who has had a positive impact on the province.

“This award is given to an individual who demonstrates leadership in an Ontario industry that has a significant positive impact for the province and beyond,” said Rocco Rossi, president and CEO of the Ontario Chamber of Commerce. “Over the last 40 years, Patch’s hard work, dedication and innovation have helped to grow GoodLife to over 12,000 employees and 1.5 million members. His business acumen and ongoing service within the community has and will continue to positively impact the lives of Canadians.”

“From the bottom of my heart, thank you for recognizing my capabilities and thank you for honouring me with the recognition of my life’s work,” commented Patchell-Evans. “Ontario is where GoodLife started 40 years ago this year. I bought my very first club in London. It’s where our home office is. Today, Ontario is home to 225 GoodLife and Fit4Less clubs and over 750,000 members. Ontarians have always been exceptionally passionate about their fitness and health, whether it’s our 8,224 associates or our members. That passion has given me the platform to grow the company and help people not just across our great country, but across the globe.” 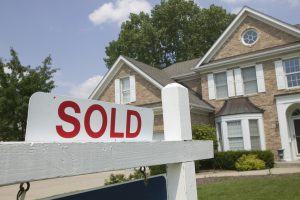 WITH A SLIGHT gain in inventory and dip in both home sales and average resale price, it appears the London real estate market is beginning to cool, or at least stabilize.

The London and St. Thomas Association of Realtors (LSTAR) reported that 1,050 homes were sold last month in its jurisdiction, 1.3 per cent less units than in June 2018 and 9.6 per cent less than in May 2019. During the same period, there were 1,463 new listings in our area, 0.9 per cent less than a year ago, but the inventory increased slightly over June 2018.

The average home price in the London and surrounding area was $403,382 in June, a decrease from last month, which saw houses go for an average of $414,878.

“Even if the home sales edged down last month, our local real estate market is still robust—the year-to-date sales activity saw a 3 per cent increase over June 2018 and a higher level than in any of the first five years of this decade,” said Earl Taylor, 2019 LSTAR president.

“Looking at all sales-to-new-listings ratios across LSTAR’s jurisdiction, we can confidently say that the most of the association’s regions are currently sellers’ markets—with the exception of Middlesex County and Elgin County, which are in a more balanced territory,” Taylor stated.

Overall, the average home price in LSTAR’s jurisdiction was $403,382. 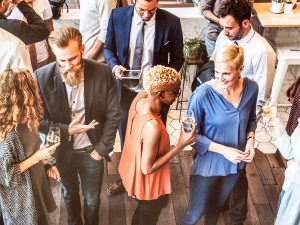 The July Business After Five is the Chamber’s annual summer bash. Info- Tech Research Group invites you to its new rooftop patio for some networking with hamburgers, hot dogs, beer and wine! Located at the corner of Ridout and King streets, the newly refurbished historical property is a striking blend of carefully restored exposed-brick walls and beamed ceiling with cutting-edge design and technology.