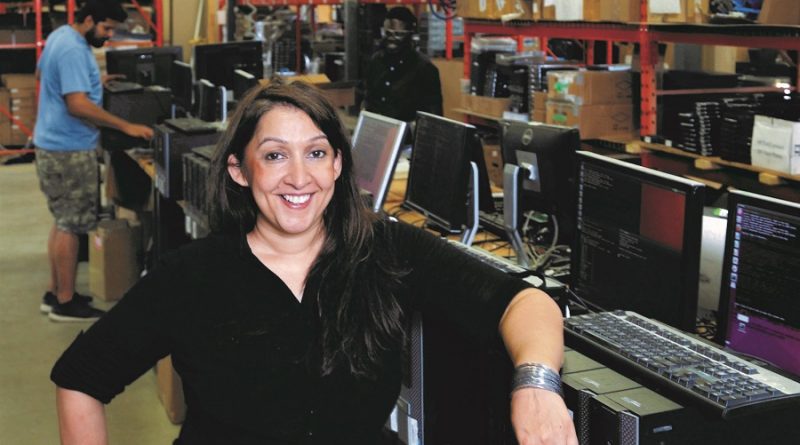 With an increase in e-waste awareness and a growing world demand for refurbished technology, Microcad Computer Corp. takes to new digs to keep up with demand

WHEN PAM BAINS started her company in 1991, the name Microcad Computer Corp. seemed ideal. After all, the plan was to provide custom computer systems for computer-aided design clients.

Before long, however, the company was not just building but managing entire systems and networks for clients. And then it began selling components and peripherals. Within a few short years it had become, “a distributor of computer equipment from A to Z,” as Bains today describes the company.

All told, the company refurbishes 500 to 800 computers per day, seven days a week, running two shifts to do it

But even that broad definition fails to describe everything the growing company does. Microcad stocks and sells virtually any computer or computer-related item. It builds and maintains systems. It builds LCD-screen-based advertising systems. It supplies ergonomic office equipment, including specialized technology for workers with serious injuries receiving WSIB support.

And trumping all of that is a venture it started only five years ago: refurbishing computers for the booming used ­computer market around the world.

There’s a lot to celebrate, and the company will do so July 19 at an open house to introduce the world to its new home—a 20,000-square-foot high-tech headquarters on Dowell Drive.

Slow steady growth was the Microcad watchword until five years ago. That’s when it became a Microsoft Authorized Refurbisher. That change in emphasis boosted its workforce by 50 per cent, as the ­company began refurbishing desktops, laptops, tablets and monitors for global retailers. It has 35 employees today.

“We literally had computers at our feet, under our desks, anywhere we could put them. We needed to move” —Pam Bains

Just as car dealers clean and ­service vehicles coming off lease to put in their showrooms, retailers sell ­one- and two-year-old computers for ­savings of up to 50 per cent.

“We clean them, inside and out, install new touchpads, put on new skins, install all-new software with a proper Windows 10 license, and box them like new,” Bains says. “It’s a great customer experience. Everything is fully tested, and you don’t feel like you’re compromising. If you can get an [Intel] i7 processor laptop for half the price of new, why wouldn’t you? Especially in the education sector.”

All told, the company refurbishes 500 to 800 computers per day, seven days a week, running two shifts to do it. The service accounts for 60 per cent of its overall business and is the primary reason it moved from its ­former 8,000-square-foot home.

“We needed more storage space and room to work on computers,” says Bains, whose son, Aaron, 30, has joined the business. “We literally had computers at our feet, under our desks, anywhere we could put them. We needed to move.”

In addition to showcasing the new location, Bains hopes this month’s open house will attract some ­potential employees. “Bring your resumes,” she says. “Everyone is welcome. We’ll have vendors like Microsoft, HP and Lenovo and lots of other exciting things.” 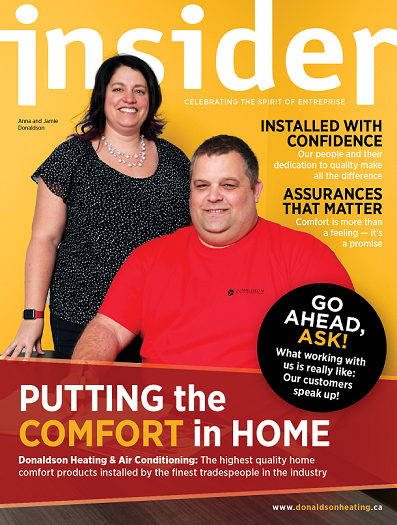