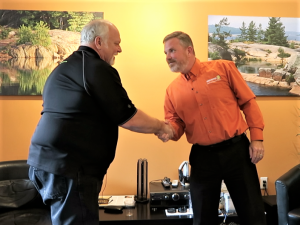 EXHIBIT, ENVIRONMENT AND event solutions firm stevensE3 has announced the acquisition of Toronto-based Exhibit Connections Ltd., a full-service trade show display and kiosk firm providing services across Canada and in the U.S.

Citing increased sales and new business opportunities as driving factors for the acquisition, stevensE3 president, Cam Stevens, said, “Our sales have more than doubled in the last few years and the acquisition of the Exhibit Connections team, collaborating with our team, will help us to ensure we can continue on this growth track for the years to come.”

According to Stevens, the two firms will continue to operate as separate businesses, with account management teams and services operating as they were prior to the acquisition.

“This coming together of Exhibit Connections and stevensE3 represents a common purpose,” said Wilson. “We have a shared vision for continuing to service customer relationships that have become an important part of why we do what we do.”

The acquisition will expand the geographical footprint of stevensE3 to three centres: London, Las Vegas and Toronto. The firm has over 90 years experience delivering exhibit and event solutions in over 15 countries. 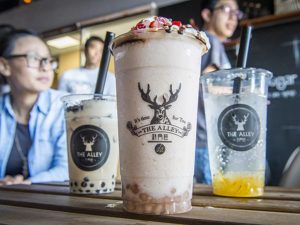 Photo: The Alley will open a London franchise unit next week at 735 Wonderland Road

LONDON HAS A new bubble tea destination, with Taiwanese import The Alley set to open a franchised location next week at 735 Wonderland Road North (Wonderland Corners plaza at Beaverbrook Avenue).

The first Canadian location was in Toronto and the chain has expanded rapidly into Vancouver, Calgary, Edmonton, Montreal and Waterloo markets, as well as several additional GTA locations.

Often cited as the gold standard for bubble tea, The Alley (the name pays homage to Taiwan’s many alleyways) handcrafts their tapioca, makes their own sugar cane syrup and steeps whole tea leaves. Its signature and most popular bubble teas, which have garnered a cult-like following around the world, are its brown-sugar ‘Deerioca’ series. Deerioca is the brand’s trademark tapioca pearls, which are cooked with brown-sugar lava for two hours.

The London unit will feature the vintage look the chain has become known for—an industrial and modern aesthetic, highlighted by wooden tables, a brick wall and deer-related knick-knacks. It will mark the launch with a grand opening weekend on September 28 and 29. 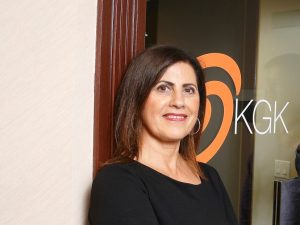 LONDON-BASED KGK Science Inc., a subsidiary of Vancouver-based Auxly Cannabis Group Inc., has received a Cannabis Research Licence from Health Canada. The licence is one of the first of its kind to be issued to a contract research organization in Canada.

The licence permits KGK to possess and administer cannabis for the purpose of clinical trials. In its first cannabis-based clinical trial, to begin next month, KGK will be testing the oral ingestion effects and absorption rates of THC and CBD in healthy adults, with results being delivered to a third-party sponsor which has privately contracted KGK to conduct the trial on their behalf.

“This is a much-needed step forward for our business, our clients and for the cannabis industry as a whole,” said Najla Guthrie, KGK president and CEO. “Support from government and regulatory bodies is essential for cannabis product manufacturers to take a responsible, science-driven approach to substantiating the safety and efficacy of their products through clinical trials.”

“As one of the only research licences of its kind to be issued to a CRO, it further solidifies KGK as a leader in cannabis research,” added Auxly CEO, Hugo Alves. “We’re proud to have KGK as a part of the Auxly family and look forward to leveraging its research capabilities in developing Auxly’s innovative cannabis products at our Dosecann [Charlottetown, P.E.I] facility.”

Based in Vancouver, Auxly is a multi-tiered international cannabis company. Last year, it purchased KGK Science Inc. for $12,300,000 in cash and common shares. 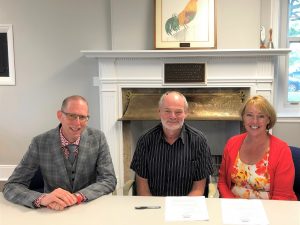 THE WESTERN FAIR Association announced this week it has signed a new agreement with the Poultry Industry Council of Ontario (PIC) to continue to produce The National Poultry Show, the largest show of its kind in Canada.

“We are very proud to work with PIC and partner on this event that delivers an engaging forum for the entire poultry industry to get together and share ideas that will continue to lead to exciting innovations for this sector,” said Western Fair Association CEO, Reg Ash. “We have a very high level of respect for the excellent work that PIC delivers year over year to its members and the industry.”

The announced agreement comes on the heels of the PIC rejecting the idea of merging its annual show with the Canadian Poultry XPO planned for Stratford in November of next year.

PIC and the Western Fair District recently invited the XPO organizers to a meeting, and according to a PIC news release, “after reviewing the presentation by XPO organizers, [the Poultry Industry Council] has decided not to participate or collaborate with the show that’s planned for Stratford in late 2020, and will have no official affiliation with the event.”

The 2020 National Poultry Show will be held on April 8 and 9 at the Western Fair District Agriplex. 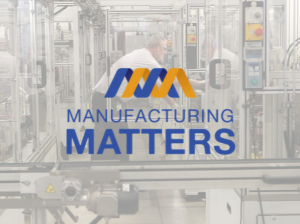 The London Economic Development Corporation in partnership with the London Region Manufacturing Council hosts Manufacturing Matters 2019, a half-day conference for manufacturers and service providers. Delegates will learn valuable information from industry leaders, keynote speakers and peer-to-peer networking. The conference will deliver essential advice applicable to all manufacturers in the London region.