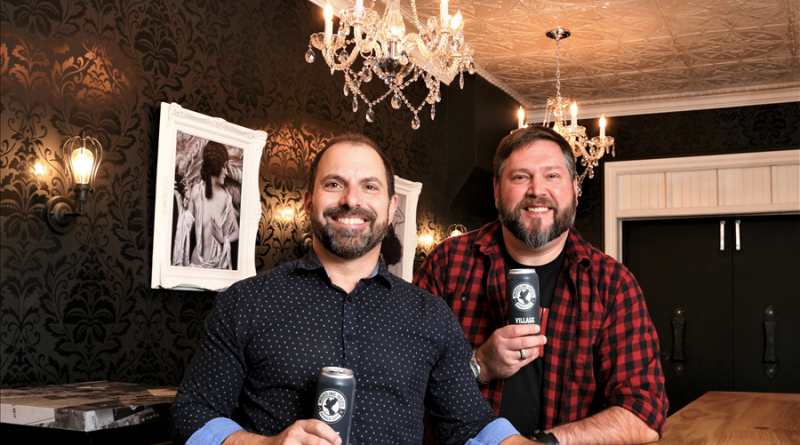 Tucked into the back of an OEV barbershop, the city’s newest bar promises classic cocktails and a Prohibition-era vibe

STEP THROUGH A door behind what used to be a cabinet in Whistling Dick’s Barber Shop in Old East Village, and you’re stepping into another world. Another era, really—one minute you’re in a barbershop and voila—you’re standing in a classic 1920s speakeasy, gin cocktail in hand.

John Parlow and business partner Greg Kahnert always wanted to open a bar just like The Mockingbird. They just had to open a barbershop along the way.

“We couldn’t find the appropriate space,” says Parlow of the search for a location. And being in OEV, he says the foot traffic just wasn’t there to support the launch of a new bar concept.

But with Whistling Dick’s having gained a large and loyal clientele since opening its doors in April of 2018, they figured that you may as well strike while the iron is hot.

“We made a lot of noise with the barbershop, and now we’ve got tons of people excited about us opening up this place” —John Parlow

The full details of what ‘this place’ exactly is are kept close to the chest. That’s a feature—speakeasies, contrary to the name, are partly in the secrecy business.
“If we ever have a website, it will be bare bones,” says Parlow. He’s even looking into creating a password system to up the exclusivity.

So, what is Parlow willing to divulge about The Mockingbird? “It’s a classic speakeasy out of the 1920s,” he explains. “Black on black wallpaper, crystal chandeliers, wainscoting all the way around—your classic bar.”

But despite the secrecy, Parlow says the bar is a welcoming place. “There’s really nowhere for somebody between the ages of 35 and 54 to go,” he says of London’s famously collegiate bar offerings. “Where can you go where you can sit down in a relatively quiet place and sip some really good cocktails? You’re not going to be bombarded by students. It’s a place that people can come when they just want to get away.”

The bar and the barbershop are related, but they are very consciously not the same. The barbershop offers a masculine space; The Mockingbird intentionally ­balances that out. “If you look back to the 1800s, on pretty much any given Saturday if you wanted to find Dad you’d have to go down to the local barbershop. He was hanging out with his buddies, his chums, drinking whisky and ale, just gossiping. With the barbershop, we were trying to create a space for men to be able to come and feel comfortable,” explains Parlow. 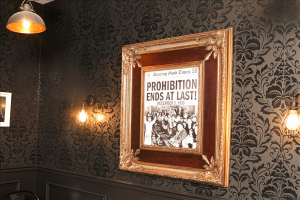 The Mockingbird, on the other hand, aims for a more refined atmosphere. “It’s not masculine like the barbershop. It’s very classic. It’s very dark. Very black.”

The Mockingbird also channels a philosophy of sorts—a callback to the free-wheeling days of the Prohibition era, for which Parlow has a nostalgic fondness.

“It was like the Wild West, right? People were doing whatever they wanted. There were distilleries set up all over the place, people were ­making booze at home. As much as the ­government tried to seize as much as they possibly could, they couldn’t keep people from having a good time.”

The partners are also excited to be adding another creative element to the OEV business scene. “One of the advantages of coming down here and building it out is we’re supporting a struggling community,” notes Parlow. “But it’s not really struggling. It’s got people, entrepreneurs and business owners that are driving the area. You can open up a business here and you don’t have to worry about a lot of things, because you have the opportunity to grow as the neighbourhood grows.”