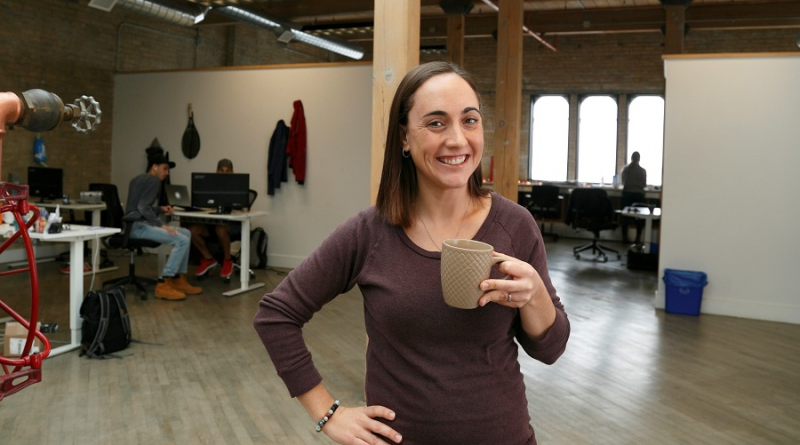 On the heels of a ­transformative sale, Race Roster doubles down on its commitment to the Forest City

FOR MOST LOCAL tech companies, moving for the second time in two years to accommodate a workforce that has exploded to 75 would be the biggest news of the year, certainly of the quarter. But at Race Roster, the move last month to a 15,000-square-foot York Street home finishes a distant second to news the firm was purchased by Japanese sports ­behemoth Asics.

Race Roster North America will operate within Boston-based Asics Digital, a division created in 2016 when Asics purchased Runkeeper, a popular app for runners. Race Roster will continue to do what it’s done for a decade, but can now offer more resources and sponsorship opportunities to its client base of runners and race organizers.

“One of the big challenges for race directors is finding sponsors and doing fundraising,” says Chantelle Wilder, one of five Race Roster founders. “It’s not a tech challenge now because of the tools we can provide them. It’s a ­marketing challenge. Asics has decided it wants to be involved with all kinds of races, not just the big, ­well-known ones. There’s no problem getting sponsors for the L.A. Marathon, but what about something smaller?”

The new digs are almost an afterthought. When Asics comes calling with $28 million U.S., that tends to dominate things for a while

It was a dearth of sponsors for a brand-new London event in 2010 that prompted a handful of friends to create what would become Race Roster. It is the perfect origin story—and has the added benefit of being true.

The five founders went to high school together in London and then left for a variety of destinations. Some were runners and went to college on athletic scholarships. Wilder, for example, went to the University of Hawaii. She then spent a year and a half coaching cross-country running at Santa Clara University in California and running in races professionally.

Her brother, Brandon Laan, was one of the five friends and decided in 2010 that London needed an annual 10K road race. So, he set about to ­create Rock the Road. Wilder and her husband, Robbie, flew back to London to help. Robbie is now considered the sixth founder, working as chief ­technical officer. Another member of the original five-pack, Chan Yin, brought his technical know-how to the party and suggested the group build its own computer platform for the race, rather than using something off-the-shelf.

“It worked really well, and other races started asking if they could use it,” Wilder says. Many were racing buddies of Wilder and Laan, living in California. “We had a bunch of runners and organizers living in Silicon Valley using a platform from a tiny company in London, Ontario.”

Also in the group was Bob Pluss, whose name does in fact suggest his role: finance. CEO Alex Vander Hoeven is an Ivey MBA.

Race Roster quickly became a go-to option for participants and organizers of all kinds of endurance events: ­running, cycling and triathlons primarily. For somewhere between $3 and $6 per participant, the Race Roster platform handles registration, check-in, timing, fundraising and the best thing of all for organizers—tons of stats on every racer. As it grew, it ­hopscotched through downtown London, landing in its newest home, on York Street. For many years, it was the home of Gardner Galleries. For the last few years, it was a home décor space.

It is bursting with character, ­precisely the kind of building a movie director would choose for a hip tech firm. 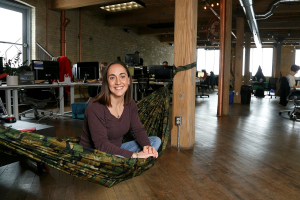 Still, the new digs are almost an afterthought. When Asics comes ­calling with $28 million U.S., that tends to dominate things for a while. Of note, however: All employees stayed, including three developers in Poland, four employees in B.C. and a lone ­salesperson in Chicago.

The company had already started expanding beyond North America, but now will move more quickly, ­benefitting from the high profile Asics has in Asia and Europe.

“It’s really amazing the five of us started this and are still together, still friends,” Wilder laughs. “We still go out for dinner and enjoy each other’s company.”

Those dinners are less frequent than they once were, however. In the last five years, the group has combined to have eight children—still more change they’ve had to manage.