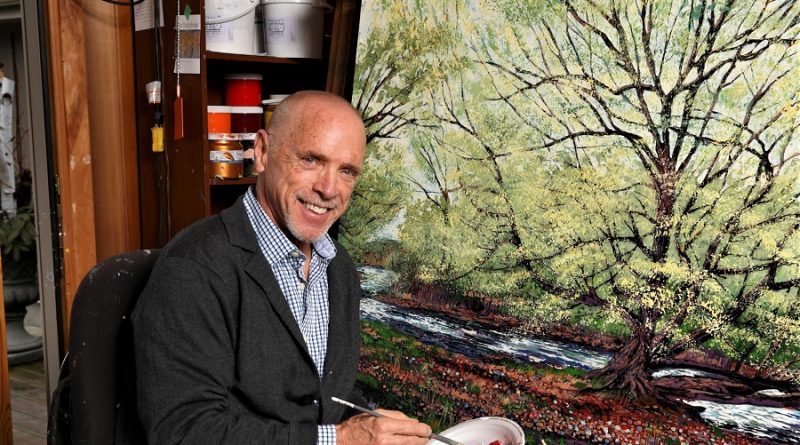 A master of a wide variety of styles and subjects, artist Steve Tracy prospers at the intersection of creativity and commerce

WHEN STEVE TRACY arrived in London in 2008, he was already an internationally recognized artist with a CV that included exhibitions in New York, Chicago and San Francisco, and corporate clients like Apple, Microsoft and Bank of America. But that didn’t help the California-born Tracy make inroads with the local art establishment.

“Nobody wanted to represent Steve. He wasn’t Canadian. He wasn’t local. His work was nice, but it wasn’t suitable,” recalls Steve’s wife and business partner, Gert Tracy.

The couple had met at an art exhibition in Key West in 2007, married 59 days later and moved from Steve’s home in Lakewood, Colorado to London to be closer to Gert’s family.

Faced with a lukewarm reception in their new hometown, Steve commuted back and forth to the U.S. while Gert called on her experience in sales and real estate to take a different approach to cracking the Canadian market.

“I’m a commercial artist. I do care if my work sells, because that’s my livelihood. I think the soul of the artist comes out in the work, regardless” —Steve Tracy

Instead of relying on traditional channels like art galleries, Gert looked for other opportunities to raise Steve’s profile in the community. “My background in cold calls taught me never to take no for an answer,” she says.

The couple opened their Richmond Row apartment and ­studio to the public and Steve took part in a variety of ­community events, including painting the windows of vacant downtown properties and charity fundraisers. “I saw one fundraiser advertised in the paper on a Friday morning and called the organizer to ask if Steve could paint live,” Gert recalls. That put Steve in front of an audience of 500, and the painting sold by the end of the night.

In 2009, the couple experienced what could have been a devastating setback when their apartment was seriously damaged by a burst water pipe. Instead, it became a blessing in disguise when downstairs neighbour, Garlic’s of London, offered to hang Steve’s artwork.

That exposure, coupled with Steve’s outgoing personality and Gert’s ­business acumen, opened many doors in London. Today, the 66-year-old is the official portrait artist for the Canadian Medical Hall of Fame and his work graces the walls of the London Hunt & Country Club, Sunningdale Golf & Country Club, Tourism London Visitors Welcome Centre and Michael’s on the Thames. 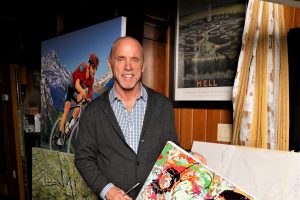 In 2012, a friend introduced Steve to one of Canada’s top art agents who placed his work in galleries across Canada and the United States. The ongoing relationship allows the 66-year-old artist to be in the enviable position of being able to concentrate on painting, seven days a week.

Steve’s colourful Extreme Skiers series and Canadian landscapes are particularly popular with Canadian art lovers, but he is a master of many styles and subjects. “I’m a commercial ­artist,” he says. “I do care if my work sells, because that’s my livelihood. I think the soul of the artist comes out in the work, regardless.”

Paintings that are not sold through Steve’s agent are available for ­purchase online through the Steve Tracy Gallery. He also accepts commissions and runs popular team building workshops as well as plein air (outdoor) painting classes.

“I meet people at their level and embrace their strengths. There’s no judgement,” he says. “I love inspiring people to find the love in art, because for me painting is something spiritual.”