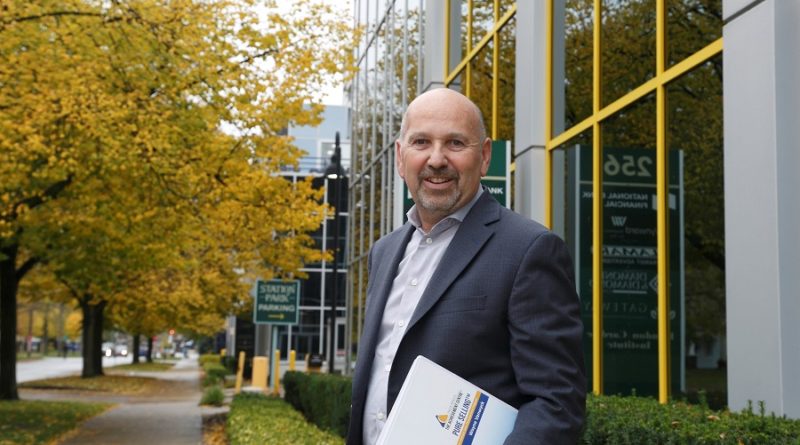 WITH A GROWING client roster and the addition of new coaches to The Achievement Centre in 2019, Marc Lacoursière realized it was time to move the business he had operated on Adelaide Street North for more than a decade.

He found that space at 256 Pall Mall Street. It was larger, with a suitable layout for the company’s needs, so plans were made to move the firm in June.

Not surprisingly, things got pushed back, but the move eventually happened in September.

“We had literally just finalized the lease agreement in March, right when WHO declared the pandemic,” recalls Lacoursière. “Everything shut down, and the [development] programs that were planned hit the pause button.”

Fortunately, though, very few were permanently cancelled, and those that were already underway were able to resume after a short delay.

It’s not the first time Lacoursière has been blindsided by events beyond his control.

“Nobody would ever want to take stock tips from me,” he jokes. “I bought a license and opened the London office of The Achievement Centre in 2008 during the global financial crisis. We had to be resilient, and that was good preparation for the pandemic — although at least then you could knock on doors and go out and talk to people.

“We’re fairly fortunate, though,” he continues. “We have been in the remote delivery space for a long time, with self-paced online learning modules and written materials. Because of the work we do and the tools we have, we’ve had the ability to adapt.”

Nonetheless, almost immediately after the move the new office space was put to use because some clients wanted to meet face-to-face. “It really depends on the client, their needs and their comfort level,” says Lacoursière.

Back in 2008, when Lacoursière was looking to start his own professional development business, he found The Achievement Centre program, which at that point was based in Kitchener. Rather than hanging out his own shingle and working through the learning curve, he figured he would purchase a system that offered structure, proven content, a recognized brand and a network of support.

“I was the first licensee, I liked the model and I wanted to scale it,” he recalls. Lacoursière purchased the entire business in 2009, and it is now a national company with coaches from Halifax to Vancouver. 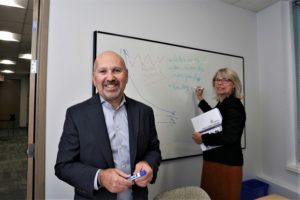 The Achievement Centre’s coaches are self-employed, each at a different place in their market development, says Lacoursière. Operating in a way that is similar to a franchise model, The Achievement Centre continues to provide content, structure, branding and support to licensees, as well as technology that has been developed. There is a fair bit of collaboration among the coaches, particularly when they take on a project that requires multiple facilitators.

“We are in the behaviour change business,” says Lacoursière, explaining the firm’s development and coaching approach. “Typically, we run two-day seminars, results-focused, paced learning with spaced repetition. The reality is that all leadership and sales training content is the same; it’s how you deliver it that makes the difference.”

Given the pandemic-related challenges faced by many sectors, now and over the past several months, Lacoursière is thankful for a diversified client base that has resulted in, if not spectacular, at least steady demand.

“Although we’re not an essential service, many of our ­clients are,” he says. “A lot of those businesses are financially solvent, well-managed and well-positioned in the current business environment. Although nationally we are not unscathed, locally we are anticipating a bigger year than last year.”