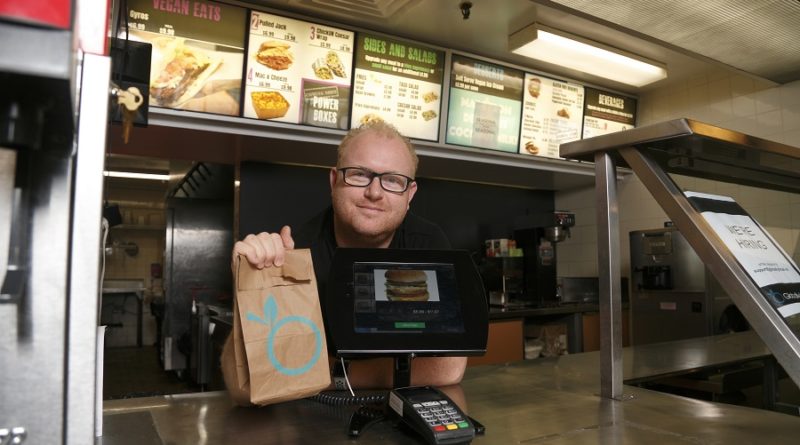 GLOBALLY LOCAL, THE London-founded vegan fast-food chain that makes a vegan Big Mac copycat convincing enough that it once attracted the attention of the McDonald’s legal department, is going public on Friday.

Headed by James and and Vasiliki McInnes, who started Globally Local as a food truck back in 2014 called McVegans, the plant-based restaurant has retooled itself in recent years — opening a manufacturing facility to produce its ingredients, closing their two London locations and then opening new ones in Windsor and in Toronto. Now, with six more locations under development (including a unit at 645 Commissioners Road East in London), they’ve consolidated with Black Lion Capital, a capital pool corporation, and are listing on the TSX hoping to raise $4.2 million to expand across North America over the next year.

The company says the listing will make it the first vegan first fast-food chain in the world to become publicly listed. 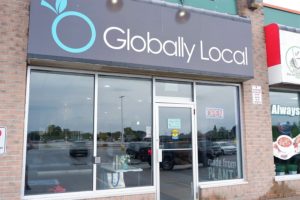 According to the company, rather than an IPO, Globally Local entered an agreement with Black Lion Capital Corp., a capital pool corporation listed on the TSXV, to consolidate as Globally Local‎ Technologies Inc. Globally Local’s early investors including musician Tony Kanal of the band No Doubt.

Their pitch to potential investors is now as much about where the company fits in the changing food landscape — highlighting things like their “on-demand cooking technology” and “simplified employee training” — than it is about their restaurants.

“Our team has spent five years developing an advanced fast-food restaurant concept and vertically integrated supply chain which, combined together, will revolutionize the fast-food industry,” says McInnes in a statement from the company. “Our smart kitchens will soon be deploying proprietary automation technology that will not only enhance our efficiency but will also make us more affordable than traditional fast food, ultimately allowing us to create change through a better economic model.”

If the listing goes well, it could mean a major expansion of Globally Local’s presence in North America. The company says have plans to open 20 more restaurants in the next 12 months (on top of the six already in the works). 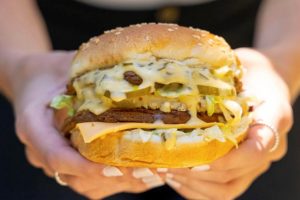 Photo: Globally Local’s Famous Burger, an ode to the Bic Mac made with chickpea patties

Their food certainly is helping their reputation, too — the Toronto location has proven to be a hit in a city with no shortage of vegan foods. And during the pandemic, they’ve done well through delivery apps, where there is a hunger for healthier, sustainable food options.

“With online ordering, self-checkout kiosks, cashless transactions and an ideal setup for its delivery app partners, Globally Local is thriving during a global pandemic that has challenged many other businesses.”