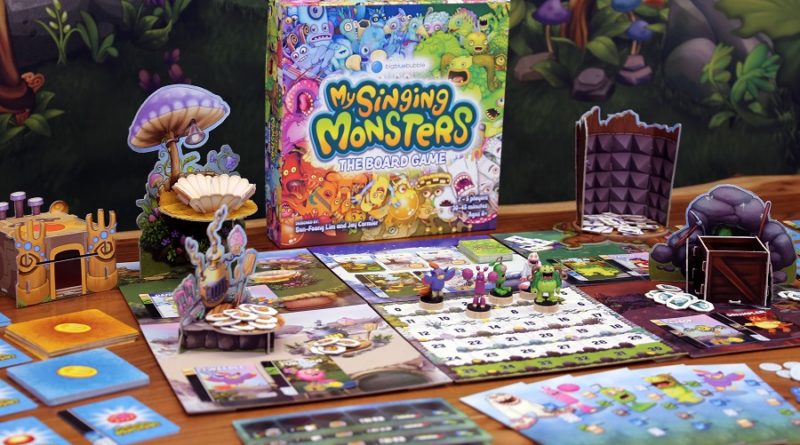 AS FAR BACK as Big Blue Bubble founder and CEO, Damir Slogar, can remember, he wanted to create games. And for nearly two decades now, he has done just that — and rather successfully, too.

Founded in 2002 and incorporated in 2004, Big Blue Bubble has grown from a four-person start-up to a thriving gaming studio employing over 70 at offices in London and San Francisco. (Swedish video game publisher Enad Global 7 AB acquired 100 per cent of the shares of Big Blue Bubble in 2020.)

Over that time, the company has developed and produced more than 100 titles for PC, gaming consoles and, most notably, mobile platforms.

In the early days, Big Blue Bubble established itself as an industry leader in the mobile landscape, creating compelling and award-winning titles that sought to inspire creativity and encourage people of all ages to embrace their playful side.

And no title has come to represent this ideology quite like the company’s top-grossing My Singing Monsters.

“With so many advancements in technology and the growing talent that is out there, I’m both curious and excited to see what the future holds” ―Damir Slogar

In game development, there’s no such thing as a guaranteed hit — far from it, in fact. But with My Singing Monsters, there was always a feeling that it would be something special.

Similar to a genre of popular games at the time, My Singing Monsters featured a collection of creatures, in this case, cute and cuddly monsters that players would work on multiplying and collecting. However, My Singing Monsters worked to differentiate itself through the art of music. Not only would players collect a menagerie of quirky characters, but they’d also work to create unique musical melodies. From booming percussion to cheerful vocals, each monster had its own unique sound assembled to form a catchy tune.

Released worldwide in 2012, it didn’t take long for word to spread about My Singing Monsters, and for Big Blue Bubble to realize they had a hit on their hands. 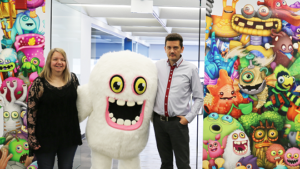 With this success came the ability to expand production and further explore the creative workings of the monster world. First came new Islands for players to explore, and then new monsters to collect. Next came the introduction of in-game seasonal events and a collaboration with country musician Kristian Bush of Sugarland.

The creative expanse of the world of My Singing Monsters appeared limitless and as the game grew, so did the community around it, to the tune of over 90 million players worldwide.

From a line of children’s books to monster-themed clothing and apparel,My Singing Monsters was no longer just a game — it had grown to become a brand unto itself.

Following this initial expansion, the world and characters of My Singing Monsters was soon adapted to a series of award-nominated toys and stuffed animals developed through partnerships with companies such as PlayMonster and Commonwealth Toy.

Most recently, Big Blue Bubble has been working to bring the brand to a whole new audience. Partnering with Wind Sun Sky, the Canadian sister company to Skybound Entertainment, Big Blue Bubble is exploring new forms of media, including My Singing Monsters Fandemonium, a live eight-part semi-scripted animated variety show that debuted online this past March.

With both the official tabletop adaptation in My Singing Monsters: The Board Game, and an all-new console game, My Singing Monsters Playground, the company is hoping to expand the world of the singing monsters once again to lifelong fans of the franchise and all-new ones.

“Big Blue Bubble and the industry as a whole went through multiple generations of gaming platforms in what seems like a short amount of time,” says Slogar. “With so many advancements in technology and the growing talent that is out there, I’m both curious and excited to see what the future holds.”