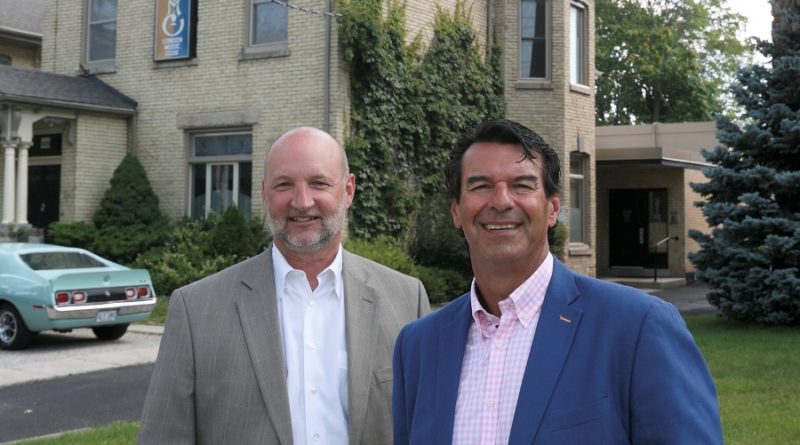 With more and more local homebuyers arriving via the 401, the A Team makes the jump to a Toronto-based brokerage

FOR PEOPLE OF a certain tv-watching generation, the words A Team might conjure up images of a formulaic action-adventure series, one that just about always featured an over-the-top explosion or two.

The script for Marcus Plowright and Allen Fayad, on the other hand, has been marked by action of a different sort — a surging real estate market, rapid business growth and an ever-expanding network of clients, contacts and listings.

Since establishing the A Team as a two-person firm in 2016, the duo has seen the business grow exponentially by just about every measure. “We’re the largest real estate team in the city by volume and were number four in Canada for Century 21,” says Plowright. “In the first seven months of 2021, we’ve completed over 300 real estate ­transactions, representing almost $200 million in sales.”

Expanding from two to 22 staff, including two full-time photographers/videographers, the business — established and until very recently operating under the Century 21 First Canadian Corp. Brokerage banner — had reached a point, says Plowright, where “everyone assumed we would establish our own brokerage. But we simply decided we didn’t want to take our eye off of client services.”

“When we bring a new agent on board, in a matter of 90 days they will have participated in a dozen transactions, so they learn a lot very quickly” —Marcus Plowright

So, when a knock at the door came from Toronto-based Re/Max Hallmark Realty Ltd., the largest Re/Max brokerage in the country, Fayad and Plowright listened to the pitch, weighed the options and made the jump to the Re/Max Hallmark ­banner in August.

In part, the decision was motivated by the shifting ­demographic of London-area buyers and the parade of house-seekers and investors heading west down the 401, looking to capitalize on a market offering more bang for the homebuying dollar.

“Toronto buyers have had a significant impact here, and Hallmark’s network of agents will drive a significant ­number of transactions to us,” explains Plowright. “They have clients who want to move to the London region, but they don’t know our market and are happy to receive a referral fee. We are also now part of a network that has 10 teams larger than the A Team, and we know that we can learn from them.” 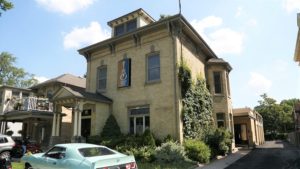 The A Team are renovating the former London Music Club property at 470 Colborne Street, which will house their new offices

That may be, but Re/Max Hallmark might feel their agent businesses can learn a few things from the A Team as well.

“They reached out to us because of the unique way we do business,” notes Plowright. “All of our team members are responsible for all of our clients. We work ­communally to find or to sell a property, and every agent is paid a ­percentage of every transaction. When we bring a new agent on board, in a matter of 90 days they will have participated in a dozen transactions, so they learn a lot very quickly. We also cover all expenses, so what they earn through commissions are all theirs, they only need to cover their own car and phone.”

The firm’s growth, coupled with the city’s planned expropriation to make way for the new BRT system, has also dictated a move of their own — one that will see the A Team leave their Wellington Road office for a somewhat more notable property. Their new location, at 470 Colborne Street, is the former home to the London Music Club.

The A Team takes possession of the property this month and will fully renovate the historic building — but may leave the basement performance space intact for client events.